Where do you go to find literature in translation from Central and Eastern Europe? For much of the 1990s and early 2000s, readers could rely on Northwestern University Press for contemporary fiction translated from various languages within the former communist countries. While the series came to an end in 2012, Northwestern University Press’s Writings from an Unbound Europe remains one of the most significant series for a wide range of works from Central and Eastern Europe. We want to highlight its remaining significance several years after the series’ end, and we also want to highlight some of our favorite texts that wouldn’t have been possible for English-language readers to devour without the help of the series.

Learning More About Writings from an Unbound Europe The Writings from an Unbound Europe series was initially conceived in 1991, concurrent with the “fall” of communism in Europe. According to the Northwestern University Press website, it remains “the most comprehensive series of literature in translation from the formerly communist countries of Eastern Europe,” including fiction and poetry. The books in the series hailed from a wide variety of countries, such as Bosnia, Croatia, the Czech Republic, Estonia, Hungary, Lithuania, Poland, Romania, Russia, Serbia, Slovakia, Slovenia, and the Ukraine.

When news of Northwestern University Press’s decision to end the series emerged, many readers and writers alike felt a great loss. In 2011, for example, the Russian writer Aleksandr Skorobogatov wrote an article about the end of the series entitled, “The End is the Beginning is the End.” He described the moment as “the end of a publishing era.”

Discover Some of the Books from the Series 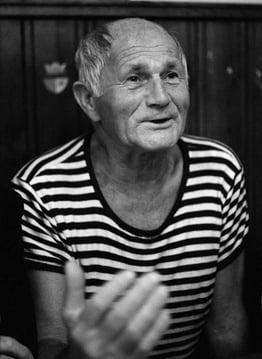 There are dozens of books in the series, and we couldn’t possible come close to listing them all. As such, we’re going to highlight just a handful.

First, have we mentioned how much we love Bohumil Hrabal? The Writings from an Unbound Europe series published three of Hrabal’s books, including In-House Weddings (2007), Vita Nuova (2010), and Gaps (2011). As you might know, Hrabal was a twentieth-century Czech writer whose work pushed the boundaries of magical realism in such a way that we can’t quite find the words to properly describe his fiction.

After Hrabal, we have to recommend the best-selling book in the series to you: Meša Selimović’s Death and the Dervish (1996). The novel was published in English posthumously (originally published in 1966), as the Bosnian writer died in 1982. Yet the publication in English by Northwestern University Press gave new life to the novel in another region of the world. Since its appearance in translation in 1996, the novel has sold around 6,000 copies.

And finally, we’d like to suggest that you find time to explore the second-to-last book ever to be published in the series: Jaan Kross’s Sailing Against the Wind (2007). The novel, originally published in 1984, fictionalizes the life of an Estonian-born inventor, Bernhard Schmidt.

This title speaks metaphorically to the series as a whole—an unlikely, challenging venture. We’re grateful the series existed and was able to bring so many works in translation to English-speaking readers, and we recommend exploring more of the works from the series on your own.