Five Things You Should Know About Joseph Heller

Most writers only dream of making the same lasting indent in American cultural consciousness that Joseph Heller did. Even famed novelist John Updike, who didn’t consider Heller to be a ‘top of the chart’ writer, deemed the author’s 1961 satirical behemoth Catch-22 to be “important.” ‘Importance,’ however, isn’t even the half of it. Heller’s inimitable brand of black humor, his keen eye for the absurdity of bureaucracy, and his deep antiwar sentiments combined to form a perfect storm of satirical perfection. Not only did he earn a place in the canon that stretches from Mark Twain to Kurt Vonnegut, but he must also be heralded as a guardian of the deepest absurdity and cynicism that belie the American experience. Here are five facts about him. 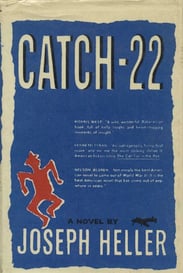 1.) His dreams were nearly crushed by his literary hero.

Evelyn Waugh may, these days, get most of his exposure via curious BBC watchers, but he was, on top of being one of the greatest prose stylists of the last century, Joseph Heller’s idol. By sheer coincidence, Waugh was one of the early readers of Catch-22 on its road to publication. As far as coincidences go, however, Heller could have done without this one. Waugh panned the novel, describing it as disorganized and repetitive, and he recommended against its publication.

2.) His parenting skills were a bit wanting.

While this may not be an uncommon fact among writers, Leo Tolstoy reminds us that ‘each unhappy family is unhappy in its own way.’ Heller, ostensibly to show affection, would sometimes pelt his children with withered snowballs that he had saved in his icebox. Less endearingly, he would sometimes ride the bus spying on his children, his face hidden behind an unfolded newspaper. Worse, Heller’s second novel, Something Happened (1974), allegedly contains long, verbatim stretches of his and his daughter’s strained dialogue as part of its scathing indictment of the American family.

3.) The manuscript for Catch-22 was turned in four to five years late.

Heller reportedly received a $750 advance from publisher Simon & Schuster, who had, at that point, bought the novel based solely on the first few chapters. The promise of an additional $750 upon deliverance of the completed manuscript, however, seemed to do little to motivate Heller. The author took his sweet time completing the book, eventually turning in the manuscript several years after he had agreed to do so. 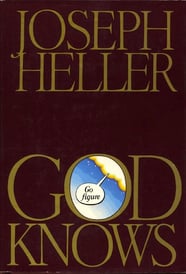 4.) He was a meticulous planner.

The first lines of Catch-22, “It was love at first sight. The first time (Yossarian) saw the chaplain, he fell madly in love with him,” came, famously, to Heller in a daydream, which sent him into a frenzy of writing and imagining. While he wrote out the entire first chapter in longhand at work the next day, he wouldn’t begin work on the second for an entire year. In that time he painstakingly sketched the plot, theme, characters, and last lines of the book on dozens of note cards, a process he would employ in later novels like God Knows (1984) and Good As Gold (1979).

5.) He used to carry a stack of note cards in his wallet.

Heller noted in his 1974 Paris Review interview that extensive rumination was, for him, the key to writing. As such, he often found himself encountering some of his best thoughts while walking the dog, brushing his teeth, or riding the bus. While this seems to be a fact of life for many authors, most respond to it by carrying a notebook. In a practice that smacks of Vladimir Nabokov, Heller would forego the notebook and instead carry a sheath of three-by-five note cards with him at all times. Some of his best ideas, he claimed in the interview, were originally written out on these cards. More amazingly, when asked, he insisted that he had absolutely no leftover note cards pertaining to unfinished projects, saying “I don’t unfinish anything I start.”