Patriotic Poems to Read in Honor of the Fourth of July

It’s Independence Day here in the USA. Whether you’re firing up the grill, attending a local parade, or saving seats for the firework show, we hope you have a safe and celebratory 4th of July. If you’re looking for another way to get in a festive spirit, we’d recommend seeking out the following four poems. While America is certainly not a utopia, these poems both remind us of the good and challenge us to be better. The list of great American, patriotic poems is a long one, so we’ve only scratched the surface here. Share your favorites with us in the comments. Happy 4th of July, everyone! 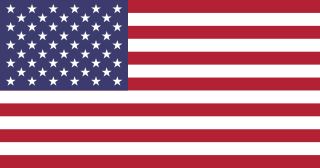 “The New Colossus” by Emma Lazarus

“The New Colossus” is the most widely known poem written by Emma Lazarus, and it can be found engraved on the Statue of Liberty. Written as a Petrarchan sonnet, it was actually penned in 1883 to raise money for the pedestal for the Statue of Liberty. The poem’s most famous lines, “Give me your tired, your poor, Your huddled masses yearning to breathe free,” have been used in modern-day immigration and human rights debates, making this poem and its message truly ever-green. We also like the following lines:

Here at our sea-washed, sunset gates shall stand

A mighty woman with a torch, whose flame

Is the imprisoned lightning, and her name

A reading of this Lazarus poem at your 4th of July gathering is sure to send a powerful, patriotic message.

“Song of Myself” in Leaves of Grass by Walt Whitman

Leaves of Grass was first published on July 4, 1855, so if for no other reason, it merits a spot on our list of poems to read in honor of the fourth of July! However, we’d argue there are many other reasons that Leaves of Grass is a patriotic read. First, Whitman is considered the quintessential American poet, and Leaves of Grass established a sort of “American epic” form that hadn’t been seen before. We’d recommend “Song of Myself” on the 4th of July because it deals with American culture: the good, the bad, the state of things at the time of writing, etc. And while “Song of Myself”—complete with its “I” narrator—may seem individualistic, Whitman actually uses his “I” to represent us all: "For every atom belonging to me as good belongs to you…" he writes in section 1. And then in section 51, quite recognizably, he pens the line: "I am large, I contain multitudes."

“The Long Shadow of Lincoln: A Litany” by Carl Sandburg

In 1862 in his closing remarks of an address to congress, Abraham Lincoln stated, “The occasion is piled high with difficulty, and we must rise -- with the occasion. As our case is new, so we must think anew, and act anew. We must disenthrall ourselves, and then we shall save our country.”

Sandburg, a lifelong scholar of Lincoln, used this particular address, and further, these particular lines, to pen a tribute to Lincoln and his legacy in a poem: “The Long Shadow of Lincoln: A Litany” (click here to hear Sandburg recite the poem). The lines and lessons remain applicable today:

The earth laughs, the sun laughs

over every wise harvest of man,

over man looking toward peace

by the light of the hard old teaching:

“We must disenthrall ourselves.”

American poet Henry Wadsworth Longfellow has a long list of patriotic poems to his name. His most well-known (although not necessarily his most historically accurate) effort is definitely “Paul Revere’s Ride”. The poem, as you likely know, details the “midnight ride” an early patriot took to warn the villagers of Middlesex about the approach of British troops by sea.

Quote it with me, now: “Listen, my children, and you shall hear/ of the midnight ride of Paul Revere.”