Planet of the Apes: A "Pleasant Fantasy" Becomes a Cult Classic

This week has been action packed for sci-fi fans: Friday saw the opening of Peter Jackson's second installment of The Hobbit, based on JRR Tolkien's famous novel. And today the trailer of Dawn of the Planet of the Apes was released. When the first Planet of the Apes adaptation was produced back in the 1960's, author Pierre Boulle had thought the book unsuitable for adaptation.

Pierre Boulle was born in Avignon, France. He went to school to be an engineer and in 1936 went to Malaysia to work as a technician on British rubber plantations. At the start of World War II, Boulle joined the French Army. He would later serve with the French Free Forces in Burma, China, and French Indochina. During this time, Boulle acted as a spy under the name Peter John Rule. 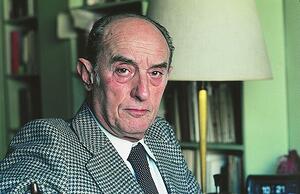 When Boulle was captured by Vichy Loyalists in 1943, he became a prisoner of the Japanese and was sent to work on the Thailand bridge that would later be known as the "Death Railway"; over 16,000 prisoners of war and more than 100,000 Asian conscripts died during construction of the bridge.

Boulle managed to escape and was later made a Chevalier of the Legion of Honor and decorated with the Medal of the Resistance and the Croix de Guerre. He briefly returned to the rubber plantations before settling in Paris, where he intended to make a living as a writer. At first, Boulle was so poor that he couldn't afford an apartment, so he stayed in a hotel until he could move in with his recently widowed sister.

Bridge Over the River Kwai (1952) was Boule's second novel. It was inspired by his own time as a prisoner of war, but set in Burma rather than Thailand. The novel satirizes blind loyalty to military protocol. In Bridge Over the River Kwai, the Allied senior officer, Lt Col Nicholson, collaborates with the enemy, unlike his actual senior officer during the time. Though Boule made it clear that the Nicholson character is a composite of his memories of collaborating officers, the book (and later, the movie) deeply outraged many former soldiers and prisoners because the real senior officer, Philip Toosey, did not collaborate with the enemy. Bridge Over the River Kwai certainly caused a stir, eventually becoming an international bestseller. The novel won the Prix Sainte-Beuve.

The novel was adapted for film in 1957. Directed by David Lean, the movie won seven Academy Awards. The film's writers, Carl Foreman and Michael Wilson had been blacklisted as communists, so Boule (who spoke no English) was listed as the screenwriter and accepted an Academy Award for the work. His speech remains the shortest in the history of the awards: he simply said, "Merci." Foreman and Wilson were given credit posthumously in 1984.

By 1963, Boule was a well known author with a number of successful novels to his name. That year, he would reach new popularity with La Planete Des Singes. The book was translated by Xan Fielding and published in the US as The Planet of the Apes the same year. In 1964, it was published in the UK wtih the title Monkey Planet. (Both are legitimate translations from the French, but The Planet of the Apes title was chosen when the book was turned into a movie and licensed for merchandise.)

Boulle said that the idea for Planet of the Apes was triggered by a visit to the zoo. As he watched the gorillas, he was taken with their human-like expressions. "It led me to dwell upon imagining relationships between humans and apes," he said. The novel was certainly an innovative work, not only in the genre of science fiction, but in general fiction as well. Yet Boulle didn't consider it one of his best novels; he called it a "pleasant fantasy" and admitted, "There are lengthy parts of the novel where I was not completely satisfied." 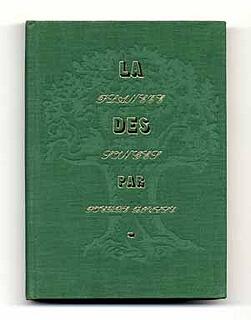 Yet the novel received high praise from critics. In 1968, it was made into a film, directed by Frank J Schaffner and starring Charleston Heston. The screenplay, written by Rod Serling, deviates substantially from the novel. It's more focused on action and has a surprise ending that sets up the movie for a sequel. There were multiple sequels, along with a television series and a 2001 remake. Now Dawn of the Planet of the Apes will continue Boulle's legacy.

Collectors of rare books often focus on Boulle, and on Planet of the Apes in particular. It's possible to build a single-title collection around the book itself, and the collection can be enriched with a plethora of ephemera and other collectible objects.