“Well, I've worried some about, you know, why write books … why are we teaching people to write books when presidents and senators do not read them, and generals do not read them. And it's been the university experience that taught me that there is a very good reason, that you catch people before they become generals and presidents and so forth and you poison their minds with … humanity." -Kurt Vonnegut, 1976 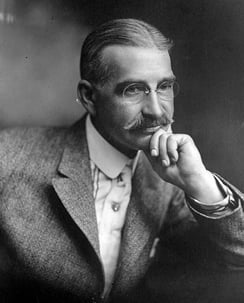 What Kurt Vonnegut conveyed, L. Frank Baum exemplified over a half century earlier. Baum was a master of reaching the curious minds of young generations before they became senators and presidents. While Vonnegut has, historically, spoken most loudly and most significantly to adolescents, Baum’s work, from The Wonderful Wizard of Oz (1900) through thirteen Oz-centered sequels like The Magic of Oz (1919), has been impressed upon the minds of children. Combine the widespread readership of his work with the cultural prominence of the 1939 film The Wizard of Oz and you’ve got a perfect storm of ubiquitous cultural influence.

Because Baum’s works spoke to so many at such young ages, the impact of his work, direct or indirect, can be hard to measure. Just as Baum’s own influences, Hans Christian Andersen and the Brothers Grimm, cast an immeasurably long cultural shadow by reproducing the signs and signals of their cultures with fairy tales, Baum, by creating this nation’s first distinctly American fairy tales, defined both the contents and the tenor of the national imagination. The extremely varied geography and demographics that comprised the land of Oz stood in stark contrast to the often bleak and insular communities that dotted the landscape of European fairy tales.

By crafting such a fantastical counterpart to his own hugely varied and wondrous nation, Baum paved the way for those who would write with imagination and exuberance on the American experience. The impact of his work on author Robert Heinlein, for example, was so significant that, in his novel The Number of the Beast (1980), the acclaimed science fiction author actually borrowed Oz as a setting.

While Heinlein’s is an example where Baum’s influence is made explicit, it functions as something of a synecdoche for the less obvious debt owed by a myriad of authors. For example, Isaac Asimov and Frank Herbert as well as William S. Burroughs and Thomas Pynchon have eyes for the fantastical, the epic, and the out-of-the-ordinary. While lots of writers make no outward homages to Baum, there are no doubt many whom Baum's writing and imagination reached before they were ‘presidents and generals.’ 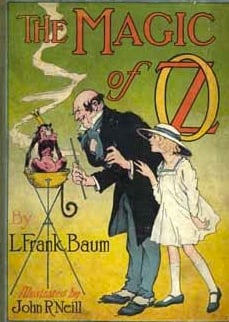 While Baum’s works undeniably speak to the American imagination in broad, sweeping strokes, the particularities of his impact can be a little harder to suss out. When his influence as mediated through film is considered, however, it becomes clear that the mythology of the Land of Oz has become a powerful tool for examining otherness, exile, and isolation. In addition to Judy Garland’s icon-status in the gay community (at least partially a result of the outsider-anxiety and fantastic escapism with which she played Dorothy Gale), we find references to and discussions of the Oz films and books in the works of such luminaries as acclaimed poet Rita Dove and literary titan Salman Rushdie.

Indeed, famously exiled and iconoclastic author Salman Rushdie cited The Wonderful Wizard of Oz as his ‘first literary influence’ in a book he penned on the subject. For her part, Rita Dove quotes Dorothy’s dialogue from the film as an epigraph to a poem that meditates on the meaning of home and the inevitability of exile. Even contemporary author Rachel Dewoskin used the The Wizard of Oz (and ‘munchkins' in particular) as an inroad for discussing the particular brand of alienation felt by a little person attending a performing arts high school. Taken together, these examples and others signal the specific marks L. Frank Baum has left on the American imagination. By crafting a world of great diversity and wonder that runs parallel to this one, Baum gave countless readers a lens through which to try and fathom the double-edged sword of heterogeneity: no one is ever quite cast out, but no one ever quite fits in, either.