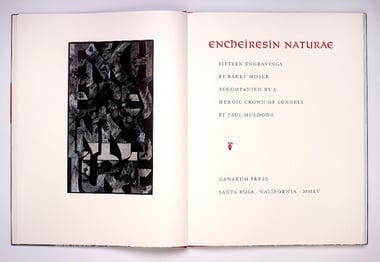 Relief printing is a generic term describing the process of printing from a raised surface where the non-image areas have been cut away. Water-based ink is rolled over the raised areas and the image is transferred to paper. Traditionally the matrix is wood or linoleum. A woodcut is probably the oldest and simplest form of relief printmaking. It reached full maturity in the 15th and 16th centuries.

Both hand tools and power tools are used to cut the image to be printed. The image is raised above the surface of the block. The block material is cut away, leaving the print image. After the image is inked, paper is placed over the inked surface and rubbed by hand or passed through a press to transfer ink from block to paper to create the image.

When linoleum is used, it is generally mounted on a block of wood for stability. Linoleum is soft and easily carved with knives or gouges. The image is then printed as with a woodcut. The fragility of linoleum makes large editions problematic.

Intaglio printmaking includes a number of related techniques generally done on a metal plate. Copper, zinc, or steel plates are used. Grooves or pits are incised into the plate using either a sharp instrument or the action of a strong acid solution. Greasy ink is worked into these depressions, and the surface of the plate wiped clean. The high pressure of a press enables soft, dampened paper to reach and take on the ink. Basic intaglio processes include etching, engraving, drypoint, and mezzotint. 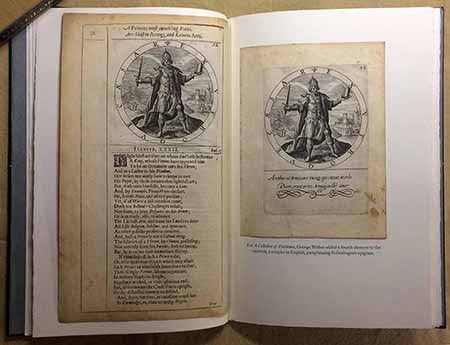 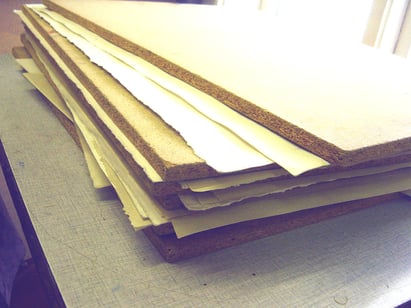 What materials are used in these processes?

Relief printmaking materials and supplies include a block (wood or linoleum), various size gouges and knives, ink, a brayer or roller, and paper.

Intaglio printmaking materials and supplies include plates for etching and engraving; etching inks and conditioners; tools for etching and engraving; etching blankets to press the paper into the grooves of a plate to absorb the ink; films, plates, and screens; etching grounds and stop-outs; solvents; and acids and other corrosive substances called mordants.

What are the similarities between relief and intaglio processes?

What are the differences between relief and intaglio processes?

Among the well-known artists who have produced prints using these techniques are Pablo Picasso, Andy Warhol, Rembrandt, Henri Matisse, Francisco Goya, Vincent Van Gogh, M.C. Escher, Edvard Munch, Roy Lichenstein, and Marc Chagall. This list is only a beginning to show you the incredible range of possibilities inherent in the art of printmaking.