The twentieth century witnessed more than its fair share of war. Indeed, most of our conceptions of modern warfare began with World War I in the early twentieth century, and our views have grown and shifted with the onset of World War II, the violence that took place throughout the Cold War, and the most recent face of war in the Middle East. For many of the writers who chronicled wartime in the twentieth century, they did so with first-hand experience. What can literature tell us about modern warfare and the traumas that soldiers face at home and abroad?

The Lost Generation and World War I 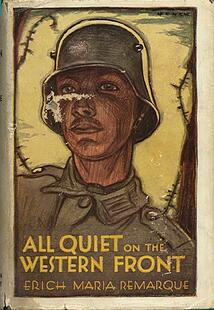 World War I introduced the globe to mechanized warfare and the extreme loss of life that’s possible with the industrialization of weapons production. Images of the trenches and fear-inducing gas masks call to mind this war whose soldiers—and their families back at home—would become known as the “Lost Generation.”

The literature that re-wrote the narratives of World War I, and made those stories accessible to a wide readership nearly a century later, often came from novelists who experienced the trauma of war themselves. For the German author Erich Maria Remarque, his novel All Quiet on the Western Front (1929) largely reflected his own experiences. More than ten years after being wounded by shrapnel, Remarque recovered from his battle wounds and published this book, which exposed German- and English-speaking readers alike to the horrors of war regardless of allegiance. If you’re thinking about adding to your collection, you might seek out the first English language edition of this novel, published in 1929 by Little, Brown and Co. 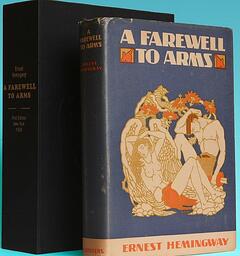 Hailing from the other side of the Atlantic, Ernest Hemingway and John Dos Passos found themselves immersed in a new world of literary modernism, from which emerged a series of novels that depicted the immediacy and aftermaths of World War I. Dos Passos served in the American Volunteer Motor Ambulance Corps in France and Italy, and used his experiences to develop a vehement anti-war stance in Three Soldiers (1921). Hemingway addressed the traumas of wartime through his character Jakes Barnes, a veteran of World War I, in The Sun Also Rises (1926). Hemingway only later tackled his direct experience of war on the Italian Front in A Farewell to Arms (1929).

While the term "post-traumatic stress disorder" (PTSD) didn’t make its way into postwar vocabularies until years later—substituted in the 1920s with the term “shellshock”—writers like Virginia Woolf nonetheless addressed this issue in Mrs. Dalloway (1925) through her veteran character Septimus Smith.

The Wounds of World War II 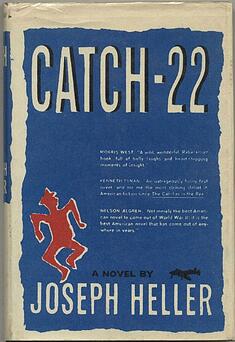 Much like the authors who reconceived of war and its aftermath during the 1920s, novelists who served in World War II also turned to literature after the violence ceased. Joseph Heller, for instance, who served in Europe in the U.S. Army Air Corps, changed the face of war literature with Catch-22 (1961). If you’re looking for particularly rare editions of this novel, you might seek out some of the extremely scarce pirated editions that are floating around. Like Heller, Kurt Vonnegut also served in the U.S. Army and was captured by the Germans during the wintry Battle of the Bulge. After enduring the brutality of a POW prison in Dresden, Germany, Vonnegut relied on his own experiences to draft Slaughterhouse-Five (1969).

Serving for the other side, Günter Grass was drafted into the German military and served in the Waffen-SS during the war. Like Vonnegut, he was captured by the Allies and spent time as a prisoner of war before beginning work on his perhaps best-known novel, The Tin Drum (1959).

A generation later, new writers returned to the wounds of World War II and considered the enormous ruptures of the atomic bomb. In his first novel, famed British writer Kazuo Ishiguro chronicled the transgenerational trauma afflicting residents of Nagasaki, Japan after Allies dropped the bomb on August 9, 1945. His novel A Pale View of Hills (1982) explores the past of a Japanese woman ultimately displaced by the events of World War II. 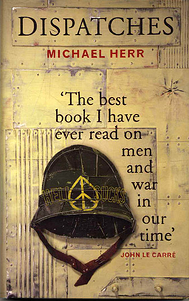 Of course, the world wars haven’t been the only ones depicted in literature. Indeed, modern warfare has continued to shift in geographic and technological scope in the decades that followed World War II. Like the many war writers that came before them, authors like Michael Herr and Tim O’Brien relied on literary language to narrate their experiences in Vietnam. Michael Herr’s Dispatches (1977) brought the experience of a war correspondent to readers back home. Years later, Tim O’Brien’s short stories in The Things They Carried (1990) introduced high schoolers across America to the horrors of the war in Vietnam.

Some of the most interesting work to arise from Vietnam, however, might be the poetry of Yusef Komunyakaa. After serving in the U.S. Army, Komunyakaa reconceived of his experiences through stark language in texts like Dien Cai Dau (1988), containing now-famous works of wartime poetry like “Starlight Scope Myopia.” A first edition of this book, published by Wesleyan University Press, would make a fantastic addition to any collection of war literature.

War in the 21st Century

While the twentieth century saw geographic shifts in war from the U.S. to Europe to Southeast Asia, as well as the destructive potential housed in new technologies, these issues haven’t ceased in the new century. To be sure, the images we have in mind from Desert Storm in the early 1990s have carried over into the 2000s with the Iraq War and literary attention to terrorism. Although we might read these works and hope for peace, the writers of the world wars—and the tenets of modern warfare as it was conceived in the first half of the twentieth century—can help us to think through the effects of war on everyday life and ways of dealing with trauma.

Ultimately, we read novels by Remarque, Hemingway, and Vonnegut not to learn about what happened in the past, but to learn new ways of thinking through our own positions in a world largely defined by war, terror, and global violence. And keeping these early works on our shelves can serve to remind us of the deep connections among moments of geopolitical violence throughout the twentieth and twenty-first centuries.