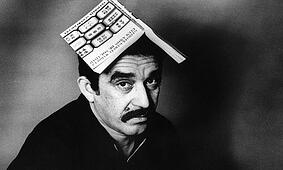 Legendary author Gabriel García Márquez passed away today in Mexico City, where he'd been recovering from infections since April 8. The Nobel Prize-winning author was considered the father of magical realism, and he never shied away from confronting the injustices of Latin American politics. García Márquez will be remembered for his unique ability to blur the lines between fiction and reality; as both a journalist and a writer of novels, he frequently reminded us that the two forms are more similar than we'd want to think.

García Márquez spent the first eight years of his life under the guardianship of his maternal grandparents. It was their stories that fueled his imagination and influenced his work later in life. His grandmother, a talented storyteller, regaled young García Márquez with folktales featuring ghosts and the supernatural. He based his novel, Of Love and Other Demons,on one of her stories. Read More>>

The Political and Familial Influences of García Márquez

In order to understand García Márquez's themes and perspective, it's important to know a bit of Colombian history. The country was colonized in the sixteenth century, and it took over one hundred years for Colombia to gain independence. In 1820, Simón Bolívar liberated the country, and by 1849 the government had more or less organized itself into a two-party system. Read More>>

To support his family during the composition of One Hundred Years of Solitude, García Márquez sold his car. But the novel took much longer than expected, so the family lived on credit and owed the landlord nine months rent by the time the book was finished.There's much more you probaby didn't know about this Nobel laureate's career! Read More>>

From Around The Web