Born April 24, 1905, Robert Penn Warren was a groundbreaking poet, author, literary critic and civil rights activist. His poetry and his prose were both well enough received to earn him the Pulitzer Prize, making him the only person to have ever won a Pulitzer Prize for both fiction and poetry. He won for fiction with what is perhaps his best known work, All the Kings Men, published in 1946. 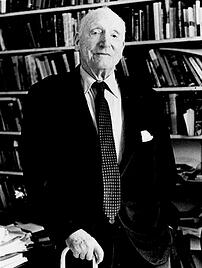 As a literary critic Warren was immensely influential as one of the co-founders of the New Criticism literary movement. The movement emphasized a close reading of poetry and other works to discover how a work of literature functions as an individual piece on its own merits. It was an effort to bring literary criticism to a condition that rivaled that of scientific criticism.

Warren was a native of Kentucky in the early portion of the twentieth century, so it would come of no surprise to most that even a very well-educated man like Warren would write pieces condoning segregation for a group to which he belonged, known as the Southern Agrarians.

However, the interesting and surprising turn of events came when in July of 1956, Warren recanted his position with the publication of an article in Life Magazine called “The Divided South Searches Its Soul.” Warren eventually expanded this article to write a small book titled Segregation: The Inner Conflict in the South. As a result of these works, he became an influential supporter of racial integration. He also went on to publish a series of interviews with black civil rights leaders of the time, including Malcolm X and Martin Luther King. 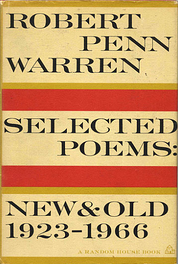 While Warren is perhaps best known as the author of All the Kings Men, his poetic works also earned much critical acclaim, winning the Pulitzer Prize in 1958 for Promises Poems 1954-1956 and in 1979 for Now and Then. He also served as the Consultant in Poetry to the Library of Congress in 1944 and 1945, this post is today known as Poet Laureate.

Warren passed away at age 84, in 1989. However, he has left a legacy which cannot be denied. All the Kings Men has been made into two major motion pictures, and the 1949 adaptation even won the Academy Award for Best Picture. In April 2005, the US Postal Service issued a commemorative stamp to mark the 100th anniversary of Warren’s birth.