And So It Goes, Happy Birthday Kurt Vonnegut

"Many people need desperately to receive this message: 'I feel and think much as you do, care about many of the things you care about, although most people do not care about them. You are not alone.'"

Today we celebrate the 91st birthday of devout humanist and black humorist Kurt Vonnegut. Vonnegut was born on November 11, 1922 in Indianapolis, Indiana to Kurt Vonnegut Sr., the partner in an architectural firm, and Edith Lieber, the heiress to a brewing company. Although Vonnegut was born into a successful family, the fortune quickly took a nosedive with the start of the Prohibition era and the Great Depression. The firm went out of business, leaving his father unemployed. His mother turned to prescription medication and alcohol to cope with this turn of events. 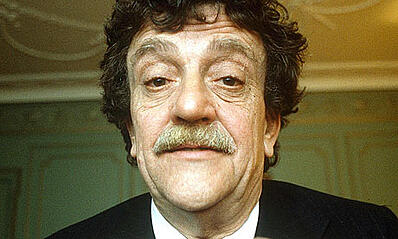 Following his graduation from high school, Vonnegut enrolled in Cornell University, where he enlisted in the United States Army. From there, he was transferred to the Carnegie Institute of Technology and the University of Tennessee, where he studied mechanical engineering.

Vonnegut was at the ripe, young age of 22 on December 19, 1944 when he was captured and taken as a prisoner of war by the Germans at the Battle of the Bulge. As a POW, he was put to work by the Germans stealing food and supplies from bomb shelters and basements and gathering dead bodies for mass burials. When they weren’t working, the prisoners were held in the meat-locker of a slaughterhouse sixty feet underground. The Germans called it "Schlacthof Fünf," or "Slaugherhouse Five." Little did the POWs know, this prison would save their lives. 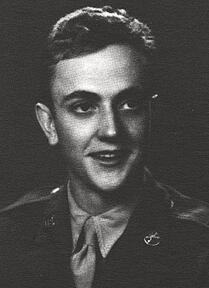 On February 13, 1945, the Allies bombed Dresden, destroyed the city and killing over 60,000 citizens. Vonnegut and his fellow prisoners were relatively safe, but Vonnegut recalled that the city was "utter destruction." Survivors found themselves surrounded by "carnage unfathomable." He received a Purple Heart for what he said was not much of a wound, but rather a case of frostbite.The devastation and degradation of life witnessed before and after these events, in addition to the Second World War in its entirety, scarred Vonnegut and became the foundation for his writings.

When Vonnegut returned to the United States, he went to the University of Chicago to study anthropology, but wasn't much of a student. Meanwhile he was working as a stringer for the City News Bureau of Chicago. Soon after, Vonnegut moved to Schenectady, New York to work in public relations for General Electric. he settled in a small apartment in the community of Alplaus, where his writing desk still sits today. Later Vonnegut would take a job with Sports Illustrated, but it wouldn't last long; assigned to write a story about a racehorse that had jumped the fence and tried to run away, Vonnegut stared at his typewriter for hours before typing "The horse jumped over the fucking fence" and walking out of the office.

Vonnegut came close to giving up writing altogether. But then he was hired to join the faculty of the University of Iowa Writers' Workshop. Cat's Cradle (which the University of Chicago finally accepted as Vonnegut's thesis in 1971) became a bestseller soon after, and the encouraged Vonnegut began working on Slaughterhouse Five.

Vonnegut's next novel, Breakfast of Champions (1973), also made the bestseller list. The novel featured one of Vonnegut's recurring characters, Kilgore Trout, whose name was based on that of real-life science fiction author Theodore Sturgeon. The following year Philip José Farmer published Venus on the Half Shell under the name of Kilgore Trout. The book's style was similar enough to Vonnegut's, that people thought Vonnegut had written it. The purported author was "not amused" and reportedly made an angry, obscenity-filled phone call to Farmer.

Though Vonnegut could easily be classified as a writer of science fiction, his works have always garnered a much wider, more mainstream audience. Much of that has to do with the author's politics, often described as "anti-authority." And he never shied away from sharing his political views. Along with other distinguished writers like James Baldwin, Noam Chomsky, Thomas Pynchon, William Styron, and Hunter S Thompson, Vonnegut signed the 1968 "Writers and Editors War Tax Protest," where writers and editors pledged to refuse to pay taxes in protest of the Vietnam War. A prolific writer of essays and articles, Vonnegut has criticized myriad political figures and policies.

In the case of Kurt Vonnegut, collectors of rare books may find themselves venturing into the art world. Vonnegut's career as a graphic artist began with Slaughterhouse Five, for which Vonnegut drew a number of felt-tip pen illustrations. Later in his career, he would become even more interested in art, especially silk-screen printing. In 1980, Vonnegut gave an exhibition at New York's Margo Feiden Galleries. Colleagues Norman Mailer and George Plimpton both attended the opening. Vonnegut's works were in pen, pencil, and felt-tip colored markers. He preferred these media over more traditional ones because "oil is such a commitment" and watercolors are "too bland, too weak." As Vonnegut himself has said, "My paintings are as rare as exotic postage stamps," it's no wonder that his works of art are as sought after as his first editions.

With Timequake (1997), Vonnegut announced his retirement from fiction writing. And he said that A Man Without a Country would mark his exit from the world of letters. But Vonnegut kept writing for the magazine In These Times, where he was the senior editor, until his death in 2007. Vonnegut left behind a rich and diverse body of work that will undoubtedly inspire generations for years to come.