During periods of tyranny, writers of fiction become subject to intense censorship and scrutiny. Remarkably, novelists and poets from the early decades of the Soviet Union produced some of the most imaginative and redemptive works in the history of the twentieth century. From the poems of Vladimir Mayakovsky to the realist prose of Aleksandr Solzhenitsyn, Soviet resistance literature occupies an important place in the contemporary imagination when it comes to linking fiction with politics. 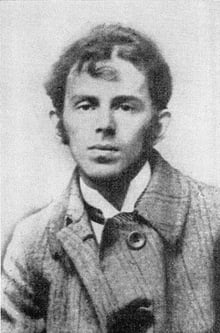 Poetry, Revolution, and the Rise of the Soviet Union

Some of the earliest Soviet resistance literature wasn’t written in opposition to the rise of the communist state at all, but rather in support of revolution. Vladimir Mayakovsky began writing poetry in the 1910s in support of the Bolsheviks. An icon of Russian futurism, Mayakovsky’s poetry interweaves abstract and often absurd language with images of production and mechanization. Of his poem “Conversation with a Tax Collector About Poetry,” one critic wrote that it “reads in part like a communist manifesto in verse.” Despite his importance in the early days of revolution, Mayakovsky committed suicide in 1930. He took his own life before what many have described as the worst of Stalin’s purges.

Osip Mandelstam, another famous poet from the early years of the Soviet Union, ultimately was killed as a result of his political views. Mandelstam wrote numerous books of poetry and essays, many in opposition to Stalin’s totalitarian regime. In particular, a poem from 1933 entitled the “Stalin Epigram,” which Mandelstam only circulated to a small number of literary friends in Moscow (such as Boris Pasternak), likely contributed to his arrest the following year. He was sentenced to exile in 1934 with his wife, Nadezhda Mandelstam. After the Great Purge in 1937, however, Mandelstam was charged again with being a counterrevolutionary, and he died in transit to a forced labor camp in Siberia.

Trust us when we say that you couldn’t possibly grasp the bleak repression, yet continued struggles for freedom, within the Soviet Union without reading Mikhail Bulgakov’s The Master and Margarita. Originally written primarily in the 1930s but not published until 1966, the novel follows the Master, a struggling writer, and his lover, Margarita, as they strive to find redemption in Moscow. Yet the story is unlike any other you’ve read. For in addition to telling the tale of two Muscovites, it traces the paths of oppression and tyranny from the time of Pontius Pilate in Jerusalem to the years of Stalin in the Soviet Union. And it does this through the character of the Devil, who is accompanied by a retinue consisting of Korovyov, a valet with a pince-nez, and Behemoth, a gigantic black cat. The amelioratively mischievous Devil and his companions ultimately are the characters that bring salvation to the Master and Margarita.

Like Mandelstam, Bulgakov could only share the novel during his lifetime with certain friends in Moscow literary circles. Severe Stalinist censorship prevented Bulgakov from even thinking about publishing The Master and Margarita, and many of his other works were banned. Bulgakov died in 1940 from kidney disease. More than 25 years after his death, his widow ensured that the novel finally was published. 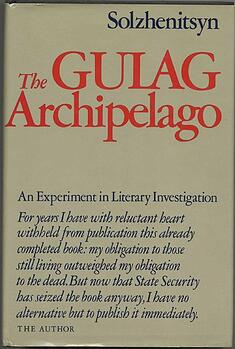 Aleksandr Solzhenitsyn and Resistance to the Gulags

For thirty years between 1922 and 1952, Joseph Stalin maintained a totalitarian grip on the Soviet Union. Those who lived during this period witnessed radical artistic censorship, stark limitations on individual freedoms, and the constant fear of arrest and death. These years infamously included the development of a forced labor prison system in Siberia—camps known as gulags. If you’re looking for novels that depict the bleak political struggles during the years of Stalin and the decades following, you should look no further than Aleksandr Solzhenitsyn’s work.

Solzhenitsyn’s works, such as his novel The Gulag Archipelago (1973), famously depict life in the Siberian gulags and serve as important critiques of the Soviet political system. We recommend starting with One Day in the Life of Ivan Denisovich (1962) which, as the titles suggests, chronicles a single day in the life of a political prisoner. Like his characters, Solzhenitsyn was arrested and sentenced to eight years in forced labor camps in Siberia. He won the Nobel Prize in 1970 “for the ethical force with which he . . . pursued the indispensable traditions of Russian literature,” according to the committee.

In moments of tyranny in the twentieth century, it seems, fiction writers have produced some of the most important works of resistance and critique. And this form of literature, we assure you, isn’t confined to the Soviet Union. From the Caribbean and Latin America to South Africa to Eastern Europe, writers of many different genres—novelists, poets, and playwrights—have relied upon imaginative literature to resist political oppression. Some of the writers we’ve mentioned here are among the most important for thinking about the Soviet Union, but we encourage you to continue reading broadly as you consider the unique relationship between fiction and politics.