Imagine telling your boss the only way you can be productive at work is after imbibing two or three glasses of sherry. Or by lying flat on your back with your knees tucked tightly toward your chest. Or perhaps in a bathtub brimming with soap bubbles. You'd probably be fired.

But habits or routines similar to these were staples in the creative process for some of America’s most famous authors. These renowned literary figures spared no effort to create a space for the unconscious mind to play. Truly, these strange sandboxes for creativity and inspiration were crucial to the creation of some American classics. Let's explore a few authors and their peculiar, but effective, habits. 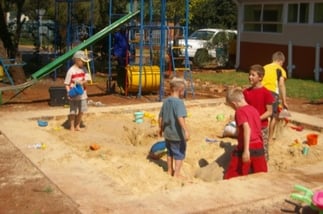 Jack Kerouac famously said, “It’s not what you write, it’s how you write it,” a philosophy undoubtedly expressed in the writing of Kerouac’s counter-culture classic On the Road.

Whereas some writers would have slowly chipped away at the novel, adding pages daily, Kerouac spent months — some say years — taking detailed notes on the novel’s characters, plot, and themes before composing a first draft on a continuous, 120 foot-long scroll during a frenetic three-week period in 1951. Typing nearly one hundred words per minute, it’s believed Kerouac opted for the scroll to avoid replacing pages in his typewriter so as not to disrupt his creative groove.

Manufacturing the optimal mental space to enable that creative groove was surely not lost on famed mystery author Agatha Christie. In writing such novels as an Appointment with Death and Sleeping Murder, it’s believed Christie would sketch-out the plots of her who-done-its in the bathtub while snacking on apples. Once the twists and turns of each novel were fully-envisioned in her mind, only then would Christie exit the tub, dry herself, and begin the work of committing her stories to the page.

The physical space or location in which famous authors work also plays a large part in the habits they develop to help corral the muse.

In his memoir On Writing, horror and science fiction author Stephen King explains his method for writing a first draft versus revising and editing subsequent drafts. For him, the door to his office, and whether it’s open or closed, is directly related to the different stages of his process and what he’s working on at the time.

“Write with the door closed, rewrite with the door open,” explains King. “Your stuff starts out being just for you, in other words, but then it goes out. Once you know what the story is and get it right — as right as you can, anyway — it belongs to anyone who wants to read it. Or criticize it.” 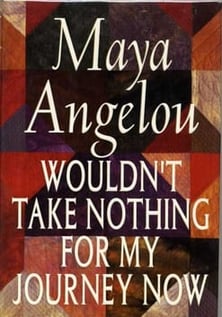 Similarly, poet Maya Angelou believed her best work only happened when she was in a certain physical space or location. In a 1990 interview with The Paris Review, Angelou discussed how she rented a hotel room in her hometown where she would arrive each morning to begin the day’s writing. Angelou could only create in that space by lying flat across the hotel bed and composing out loud some of her most revered poems.

"I have kept a hotel room in every town I’ve ever lived in,” Angelou told the interview. “I rent a hotel room for a few months, leave my home at six, and try to be at work by six-thirty. To write, I lie across the bed, so that this elbow is absolutely encrusted at the end, just so rough with callouses. I never allow the hotel people to change the bed, because I never sleep there.”

Angelou was also famous for requiring two to three glasses of sherry before she could sit down to work, regardless of the time of day.

One would be remiss for not discussing the strange writing habits of the imitable Ernest Hemingway, whose creative process was a hybrid between the need for the proper headspace and physical location.

Hemingway could only create in a small, cluttered bedroom in his suburban-Havana home, surrounded by books, notes, records, and other trinkets he found vital for inspiration. Such classics like An Old Man in the Sea and For Whom the Bell Tolls began with pencil and paper rather than a typewriter, and Hemingway stood as he wrote rather than sitting, hunched over his typewriter for a few hours each day.

Standing, sitting, in the tub, or on a hotel room bed, it’s safe to say the habits that lead to literary prowess run the gambit of the peculiar or strange. While some may be quick to dismiss these creative quirks as gimmicky, there’s no denying how millions of people the world over have been moved by these authors and their novels, stories, and poems. And at the end of the day, isn't that what we really want?