There’s only one London, right? While major urban centers throughout the world might occupy only one location on a map, many residents of global cities might argue that there’s more than one version of the place in which they live. One such spot might be Zadie Smith’s London. Most of her works of fiction take place in the London she grew up in — an area of North London that’s not typically frequented by tourists coming to see the Thames River, Buckingham Palace, or Big Ben. As such, reading Smith’s novels provides us with a different kind of tour of London that’s not circumscribed by notable landmarks but instead by fictional Londoners in the contemporary metropole.

While Smith has written numerous novels and texts of literary criticism, we thought we’d focus on a handful of her most celebrated works and the distinct London to which they introduce their readers. 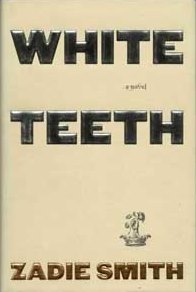 Smith’s first novel, White Teeth (2000), follows two different Londoners and their families in the postwar years. Archie Jones, and his friend Samad Iqbal, a Bengali Muslim who emigrated from Bangladesh, met during the waning days of World War II. In a PBS interview, Smith explained that the book is “about a man who gets through the century in a good way,” who “lives a good life by accident.” While that character materialized as Archie, Samad ended up being a very different character. However, Smith emphasized that both characters, in their simplicity (Archie) and intellectual tendencies (Samad) are “bits of me.”

In terms of place, the novel is most significant because it introduced a global readership to the area of north London where Smith was raised. Smith told PBS that she purposely set the novel in Willesden and Kilburn, where she still lives part of the time today: “a very Asian area — Pakistani and Indian.” “I suppose is seems exotic now,” she mused.

The novel also plays with vernacular, providing numerous dialects for the characters. Smith has emphasized that growing up in London simply means that “you hear a lot of different voices all the time.” While such an idea might hold true in a number of urban areas, contemporary London simply is a place in which people of different races, religions, and ethnicities converge. And for Smith, Willesden ultimately becomes the epicenter of this postcolonial London, defined not by white Anglo-Saxon residents but instead by immigrants and first-generation citizens. 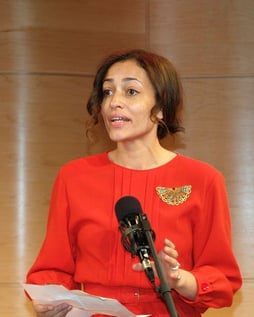 Willesden again featured prominently in Smith’s fourth book, NW: A Novel (2012). The narrative tells the intertwining stories of Leah, Natalie, Felix, and Nathan — four characters who, like Smith herself, are growing up in northwest London. Indeed, the title of the novel comes from the area’s postal code.

In this text, Smith reintroduces her readers to Willesden and the people who inhabit the area of the city. With the release of NW, however, Penguin Books gave readers an even more exciting option for mapping Zadie Smith’s London. Short videos of “Zadie Smith’s Tour of NW” appeared on the internet, allowing readers to traverse the streets of Willesden visually while hearing Smith’s descriptive voice-overs.

Smith returned again to Willesden in her most recent novella, The Embassy of Cambodia (2013). In the narrative, a young immigrant from Ghana who works at a home next door to the Embassy of Cambodia struggles to define herself and her relationship to the London in which she’s now living in relation to the odd structure that has popped up in the northwest corner of the city.

The question of place often becomes salient in contemporary fiction, and Zadie Smith’s works are no different. Yet instead of introducing her readers to the London they’ve encountered in fiction produced throughout the last several centuries, she reintroduces us to a multi-vocal, multi-ethnic conception of the city that allows us ultimately to remap the metropole in our collection imagination.