For many, William Faulkner is synonymous with American literature, specifically Southern Literature. Hailing from Mississippi, Faulkner used his home state and his experiences growing up in the rural south in much of his most famous work. He became well-known following his 1949 Nobel Prize in Literature win. The committee praised Faulkner "for his powerful and artistically unique contribution to the modern American novel." Faulkner’s use of emotion and stream-of-conscious writing style set him apart from many of his contemporaries. His works and his interviews are a playground for word enthusiasts, offering numerous memorable sentences. In honor of Faulkner’s birthday, here are ten of his best quotes. 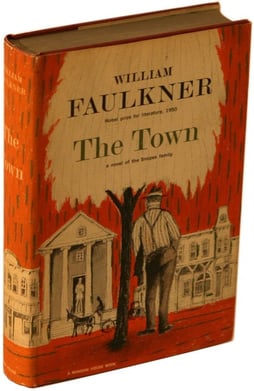 “There is no mechanical way to get the writing done, no shortcut. The young writer would be a fool to follow a theory. Teach yourself by your own mistakes; people learn only by error.” Interview with the Paris Review, 1956

“Wonder. Go on and wonder.” –The Sound and the Fury

“Just when do men that have different blood in them stop hating one another?” –Light in August

“The poet’s, the writer’s, duty is to write about these things. It is his privilege to help man endure by lifting his heart, by reminding him of the courage and honor and hope and pride and compassion and pity and sacrifice which have been the glory of his past. The poet’s voice need not merely be the record of man, it can be one of the props, the pillars to help him endure and prevail.” –Nobel Prize in Literature Banquet Speech

“…All the past is not a diminishing road but, instead, a huge meadow which no winter ever quite touches, divided from them now by the narrow bottle-neck of the most recent decade of years.” –A Rose for Emily

“I am not one of those women who can stand things.” –The Sound and the Fury

“Maybe nothing ever happens once and is finished. Maybe happen is never once but like ripples maybe on water after the pebble sinks, the ripples moving on, spreading, the pool attached by a narrow umbilical water-cord to the next pool which the first pool feeds, has fed, did feed, let this second pool contain a different temperature of water, a different molecularity of having seen, felt, remembered, reflect in a different tone the infinite unchanging sky, it doesn’t matter: that pebble’s watery echo whose fall it did not even see moves across its surface too at the original ripple-space, to the old ineradicable rhythm.” –Absalom, Absalom

“When I was a boy I first learned how much better water tastes when it has set a while in a cedar bucket. Warmish-cool, with a faint taste like the hot July wind in Cedar trees smells.” –As I Lay Dying

“She was the captain of her soul.” –Light in August