Born December 26, 1891, Henry Miller left a profound mark on American literature. Best known for his candor, Miller was unafraid to discuss and include topics in his works that many other authors shied away from in the mid-20th century, causing many of his major works to be banned in the United States and Britain. It was not until the freedom that came with the 1960s that his works were widely published. Because of his candor, his works contain a level of profound insight that other works lacking this particular trait fail to ever reach. 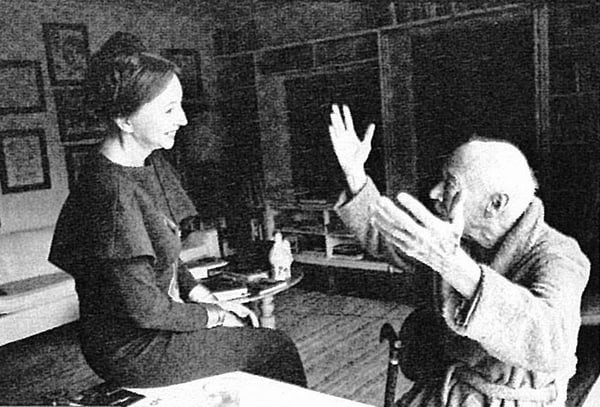 What follow are ten of the most profound quotes from this legendary author.

1. “A book lying idle on a shelf is wasted ammunition. Like money, books must be kept in constant circulation... A book is not only a friend, it makes friends for you. When you have possessed a book with mind and spirit, you are enriched. But when you pass it on you are enriched threefold.”

― Henry Miller, The Books in My Life

2. “I need to be alone. I need to ponder my shame and my despair in seclusion; I need the sunshine and the paving stones of the streets without companions, without conversation, face to face with myself, with only the music of my heart for company.”

3. “Everyone has his own reality in which, if one is not too cautious, timid or frightened, one swims. This is the only reality there is.”

4. “Imagination is the voice of daring. If there is anything godlike about God, it is that. He dared to imagine everything”

5. “I believe that today more than ever a book should be sought after even if it has only one great page in it. We must search for fragments, splinters, toenails, anything that has ore in it, anything that is capable of resuscitating the body and the soul.”

6. “I’m an egotist, but I’m not selfish. There’s a difference. I’m a neurotic, I guess. I can’t stop thinking about myself. It isn’t that I think myself so important... I simply can’t think about anything else, that’s all. If I could fall in love with a woman that might help some. But I can’t find a woman who interests me.”

7. “When you surrender, the problem ceases to exist. Try to solve it, or conquer it, and you only set up more resistance. I am very certain now that, as I said therein, if I truly become what I wish to be, the burden will fall away. The most difficult thing to admit, and to realize with one’s whole being, is that you alone control nothing.”

8. “If we are always arriving and departing, it is also

true that we are eternally anchored. One's destination

is never a place but rather a new way of looking at things.”

― Henry Miller, Big Sur and the Oranges of Hieronymus Bosch

9. “If I were reading a book and happened to strike a wonderful passage I would close the book then and there and go for a walk. I hated the thought of coming to the end of a good book. I would tease it along, delay the inevitable as long as possible, But always, when I hit a great passage, I would stop reading immediately. Out I would go, rain, hail, snow or ice, and chew the cud.”

10. “The man who is forever disturbed about the condition of humanity either has no problems of his own or has refused to face them.”