Ten Things You Should Know About Kurt Vonnegut

Kurt Vonnegut belongs to a generation of American writers whose work was strongly influenced by their service in World War II. Vonnegut was a soldier as well as a prisoner of war, and he suffered firsthand the horrors of combat. Inspired by his wartime anguish, Vonnegut's work is characterized by a humane sensitivity; indeed, his writing has established him as one of the finest paladins of compassion in twentieth-century literature. Here are ten facts you should know about this legendary author: 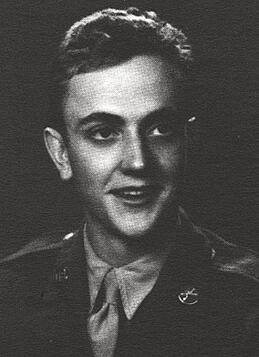 1. Vonnegut was taken as prisoner by the Nazis during the Battle of the Bulge. He was made the leader of his fellow captured soldiers because he spoke some German. As a prisoner. he witnessed the firebombing of Dresden by Allied air forces. The bombing obliterated the city, killing over 130,000 people. He and his fellow prisoners were forced to excavate the bodies from rubble and ruins, taking jewelry and valuables from the corpses before they were burned.

2. The Dresden experience would stick with him his whole life, and was the centerpiece in his famous novel Slaughterhouse-Five. He once commented, “the Dresden atrocity, tremendously expensive and meticulously planned, was so meaningless, finally, that only one person on the entire planet got any benefit from it. I am that person. I wrote this book, which earned a lot of money for me and made my reputation, such as it is... One way or another, I got two or three dollars for every person killed. Some business I’m in.”

3. Critics weren’t always kind to Mr. Vonnegut. He was dismissed for experimenting with science fiction and for being too accessible to readers. “The hidden complaint," he said, "was that I was barbarous, that I wrote without having made a systematic study of great literature, that I was no gentleman, since I had done hack writing so cheerfully for vulgar magazines—that I had not paid my academic dues.”

4. Vonnegut interviewed scientists to write Cat’s Cradle. He believed that scientists had a dangerous intellectual freedom, since they often did not understand the consequences of their actions and innovations. Later, he began to admire the group of scientists who took Hiroshima as a lesson that any advancement that can be used as a weapon, will be used as such.

5. In his book Palm Sunday, Vonnegut graded his own books using a letter system, comparing his own works with each other. He granted himself two A-pluses, for Cat’s Cradle and Slaughterhouse-Five. Conversely, he graded his book Slapstick with a D.

6. Vonnegut once said his ideal reader was his sister. He loved her very much, and he adopted her three children when she and her husband died in the same week, during a particularly tragic period in the Vonnegut family. 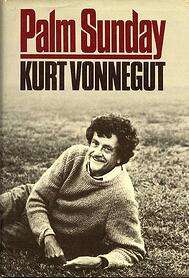 7. Vonnegut dropped out of the graduate program in anthropology at the University of Chicago. Twenty years later, Vonnegut received a letter from the dean, saying that a published work of high quality could act as a substitute for a dissertation. The faculty considered his novel Cat's Cradle to be a work of decent anthropology, and thus Vonnegut earned his M.A., decades after dropping out of school.

8. Vonnegut is often remembered for his sharp understanding of humor. In an interview with Playboy, he said that laughter, like tears, doesn't accomplish anything, but originates in a sense of frustration. He cited the night an audience of his laughed the most--he wasn't especially funny, but it was two days after the assassination of Martin Luther King. This kind of communal desperation, he said, was a fertile ground for much-desired laughter.

9. Vonnegut was related to many accomplished people. His brother was an engineer at G.E., and outlined the effects of silver iodide in inducing precipitation. One ancestor was an inventor of the push-bar handle that opens doors during emergencies.  He also found that he came from a long line of German-American freethinkers. He followed in their intellectual tradition by becoming honorary president of the American Humanist Association.