The Legacy of Gabriel García Márquez

In November 2014, the University of Texas paid $2.2 million for the archives of Gabriel García Márquez. It is hard to put a price on the private works of a colossal author, but if one is assigned, that price is necessarily significant. So, it seems the scramble for his papers and manuscripts is just one of the ways the world is dealing with García Márquez's illustrious legacy. 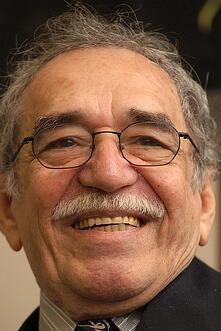 When García Márquez received the Nobel Prize in Literature in 1982, he humbly accepted it as a recognition that transcended his singular body of work. "I have the impression that in giving me the prize," he said of the Nobel committee, "they have taken into account the literature of the sub-continent and have awarded me as a way of awarding all of this literature." While his work was certainly worthy of the honor, García Márquez also made the world brighter for writers in Latin American and beyond.

García Márquez’s fiction is famous for its magic and for its distortions of perspective. He created worlds in which a vestal woman’s sudden ascension into heaven is a matter-of-fact occurrence. Through his masterful storytelling, the fantastical is normal, even conventional. Yet an object like ice—clear and cold to the touch—is miraculous when touched by the hands of children who have spent their lives under the tropical sun.

“The problem,” said García Márquez about his fantastical writing, “is that Caribbean reality resembles the wildest imagination.” García Márquez at his most magical, exaggerated, or fanciful was never far from reality. His gorgeous magical realist technique reflects the world that he knew, one in which rebellion, insurrection, volatility, and upheaval were just around the corner. García Márquez would realize his early, Lost Generation-inspired writing was out of touch with his peculiar home one fateful afternoon in 1948. Colombian politician Jorge Eliécer Gaitán had been shot. He was rushed to the hospital in a taxi, but it was too late. While on his way to lunch, the streets erupted in furor. García Márquez joined the people in the streets. If he was going to be a writer, he would have to reflect the spirit of his times, in all of its madness and beauty. 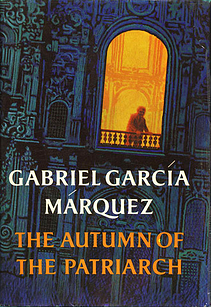 Despite García Márquez’s great artistic merits, it took time for reception to catch up with him. He believed that the United States only started to become interested in the books of Latin America after the Cuban Revolution of 1959 (Marquez went on to have a close friendship with Fidel Castro, who sent flowers to the author’s Mexico City memorial last year). To make matters worse, García Márquez felt that cultural colonialism was so bad that Latin Americans didn’t believe their own books were good until they received attention from the US and Europe.

García Márquez was the most prominent figure of the Latin American Boom, a period of literary flourishing in the 1960s and 70s which also included Carlos Fuentes, Julio Cortázar, and Mario Vargas Llosa. García Márquez not only made the writers of his time more visible, he also helped some older authors (like Jorge Luis Borges) find a greater audience. Predictably, Latin American authors since García Márquez are indebted to his artistic influence. Isabel Allende, for example, wrote this upon hearing of his death: “[García Márquez was] the most important of all Latin American writers of all times…All Spanish-speaking writers that came before and have come after him are measured against his immense talent.” 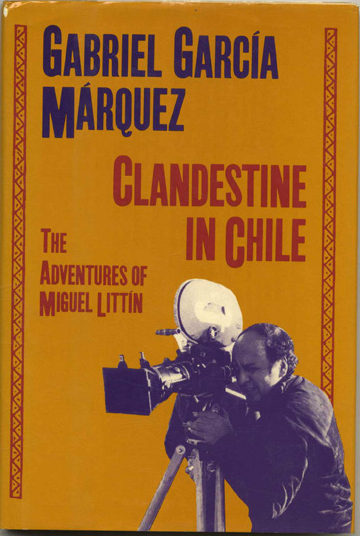 But what of other writers, those not from Latin America? It appears authors all over the globe are indebted to García Márquez for making the world more flat for writers; for cultivating an appetite across the globe for perspectives outside one's own. Many have found a strong Marquezian influence in Anglo-Indian author Salman Rushdie’s Midnight’s Children, which draws upon magical realism and the birth of a new nation. Midnight’s Children, in telling the story about a boy growing up in his native India, was likewise a considerable international success. Rushdie happily acknowledged his adoration for García Márquez when he said: "the thing about García Márquez that I admire, that I think is extraordinary, is that his writing is based on a village view of the world."

This paradox, that we are all residents of Macondo, yet it is a land pleasantly strange to us, complements García Márquez’s other paradoxes: the magic and the real; the familiar and the foreign. The paradoxes within García Márquez's works are at the heart of what has made readers of all backgrounds more receptive and open-minded. It appears one can find a writer in any country in the world who views the author as indispensable. “I cannot think of a single writer friend I know who has not been influenced by Márquez," said Nigerian author Chika Unigwe. Said the African-British Nii Parkes of Gabo’s One Hundred Years of Solitude: "apart from the fact that it's an amazing book, it taught Western readers tolerance for other perspectives.” Indian expatriate poet Sujata Bhatt said also of the masterpiece that it was the last book to have had an influence on world literature.

There is a link not only between García Márquez and the writers of Africa, Asia, and Latin America, but between all writers (and readers) interested in a truly international literary exchange. The legacy of García Márquez, the man described by his president as “the greatest Colombian to ever live,” appears to be getting brighter by the day.