The Legacy of Jorge Luis Borges

The work of Jorge Luis Borges has inspired countless writers while remaining unsurpassed; this accomplishment speaks to his distinct and important legacy. Borges is sometimes compared to Samuel Beckett, with whom he shared the first Prix International, an award which was instrumental to bringing fame and wide translation to the Argentinian author and his work. Borges was recognized for his collection Ficciones (1944), and Beckett for his Molloy Trilogy - works that are similarly influential and inimitable. 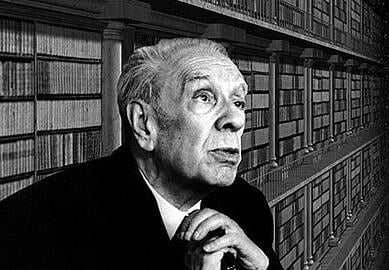 Short fiction writers tend to call their work "stories" or, like Edgar Allan Poe, "tales." That Borges’ collection is entitled Ficciones ("Fictions") rather than Cuentos ("Stories") reveals the significance of his art. Borges was a devout writer of metafiction. To call a piece a fiction is a subtle acknowledgement that our prejudices and expectatons for a story are going to be challenged. One preoccupation of his work is a complete minimization, if not elimination, of narrative. The fiction “The Approach to Al-Mu'tasim” is framed as an imaginary review of an imaginary book written by an imaginary critic. While still engaging and interesting, the reader will have difficulty saying that there’s a conventional plot. Borges omits traditional narrative staples such as sequence, causation, and character relationships and thus challenges what our expectations of a story, and thereby fiction, ought to be.

While metafiction can be fun and insightful trickery, an author’s work needs to transcend merely artistic concerns to become great. While maintaining a largely consistent interrogation of the fictional form, Borges directs his gaze to a number of philosophical issues. His story, “The Library of Babel” is about a infinite library of hexagonal rooms which represents a disheartening search for meaning in a perplexing universe. Borges’ work is endowed with remarkable imagination, and some critics have posited that his creative capacity was aided by his failing eyesight. Borges was blind by age 55, making him, like Joyce, a tremendously gifted writer whose career was cut short by visual pain and difficulty. 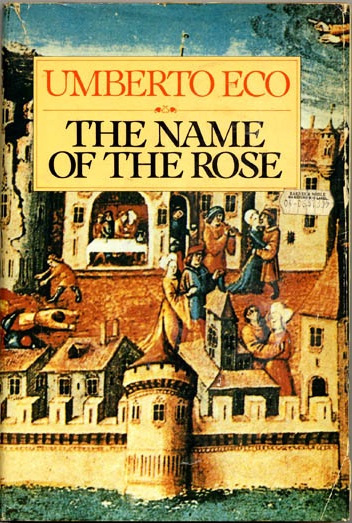 Umberto Eco, in his novel The Name of the Rose, presents a labyrinthine monastery library with many puzzling turns and traps, much like that found in Borges' short stories “The Library of Babel” and “The Garden of Forking Paths.” If Borges' influence isn’t apparent enough, The Name of the Rose has a character named Jorge of Burgos, who, like Borges himself, is a wise, Spanish-speaking blind man. Eco, drawing from Borges’ memorable symbolism, unites the search for existential meaning with that of literary meaning.

One motif of Borges’ work is the unreliable narrator who distorts, omits, and contradicts. Borges in real life sometimes mirrored this persona. Borges, in one story, condemns a character for being “incapable of resisting the basest of art’s temptations: the temptation to be a genius.” Yet, one of the author's considerable laments of his career was that the Nobel Prize Committee never acknowledged his own artistic genius with their award. It is certainly not the first time an author has gone against her own galvanic wisdom. Borges was skilled at presenting information intended to be challenged by the shrewd reader, and Thomas Pynchon invoked Borges in his masterpiece Gravity’s Rainbow.

In this tome, Pynchon cites a couplet supposedly found in Borges’ poetry, but never actually written by Borges. In attributing a line to an author that is perhaps worthy of him but not by him, Pynchon plays with the Borgesian insistence on non-temporality of art. Borges skillfully handles a sense of simultaneity in his stories, creating a work in which many events can happen concurrently or in impossible synchrony. Such technique would be adapted by John Barth in Lost in the Funhouse. This philosophy not only informs a scientific and philosophical view, but an aesthetic one, as well. Borges wrote that a person who recites a line of Shakespeare becomes Shakespeare. It is true that books are made from other books, and that originality and influence exist along a complex cycle.

One feature that makes Borges’ influence exciting is that we are currently in the middle of it his first wave of disciples - many authors indebted to Borges are still writing. The pulse of Borgesian inspiration beats conspicuously in contemporary literature, in the stories of not only Eco and Pynchon, but also in John Barth and Robert Coover. Moreover, Borges’ influence will likely persevere beyond his first generation of acolytes for many more generations to come.