The Night Before Christmas: A Pop Culture Rundown

For some, it may be years since they’ve heard it recited. Others, on the other hand, may have never had the chance to hear the classic Christmas tale from start to finish. But this doesn’t mean The Night Before Christmas is in any way a relic of Christmas past—a poetic ghost clinging to some kind of existence in this world rather than passing on to another.

In fact, as families gather together this Christmas season, the references and allusions to this 1823 work may be more prevalent than you think. 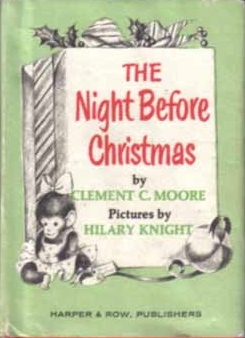 Whether in TV, film, music, or comics, The Night Before Christmas lives on in the pop culture we often huddle around during this time of year, and just because the majesty of fireside recitations may be a rarity, that doesn’t mean we still can’t enjoy and appreciate the ways this quintessential Christmas poem has permeated our lives and the entertainment we enjoy as we come together in the reverie of the season.

Here are just a few examples—some when the kids are awake, others when the kids have gone to bed—for ways people can get their The Night Before Christmas fix without picking up the actual text, and perhaps without even knowing this staple of the season is influencing the piece of pop culture at hand.

The Night Before Christmas by Perry Como – 1953 – audio recording

That’s right, legendary crooner Perry Como recorded an audio performance of The Night Before Christmas as part of his 1953 Christmas album, Around the Christmas Tree. Como’s effortlessly affecting delivery of each line gives the poem the warmth and intimacy one might miss by simply reading the words to oneself—Como’s cadence and accents are reminiscent of the family elder whispering the poem to an enraptured audience fireside as snowflakes tumble to the ground outside. Brief bars of joyous, holiday music work as small interludes between each verse and elevate this version of the poem to a must-listen Christmas Eve tradition. Cue up the iPad. Dim the lights. Let Uncle Perry recite you a tale.

America’s iconic, lasagna-scheming fat cat tried his hand at The Night Before Christmas in the nationally syndicated comic strip Garfield in the days leading up to Christmas in 1983. Newspapers across the country ran one to two panels per day from December 19-24 depicting Garfield and his owner Jon and friend Odie acting out the narration from the poem in the rye, sarcastic tone so well associated with the strip. Some of the more famous panels show Garfield hanging his super-sized stocking on the fireplace mantle, wishing for visions of lasagna instead of sugarplums, and donning a stocking cap and curling up in bed beside Odie as he waits for Christmas morning. A simple Google search will return a majority of the panels, prints of which would be the perfect stocking-stuffer for the Garfield lover in your life.

Yes, even Clark Griswald, perhaps the most charmingly hapless holiday character of all time, takes his turn with the poem during a moment of quiet and calm in the storm that is National Lampoon’s 1989 film, Christmas Vacation. In a film rife with off-color humor and slapstick comedy, Clark’s late-night reading of the poem to his family is a touching, revealing moment as it highlights his most inner desire to have the storybook Christmas. Misguided though his efforts might be in making that a reality, actor Chevy Chase digs deep into the character and discovers a huge helping of humanity and grace just when the story needs it most. You’ll nearly bust a gut laughing at Clark and his family, but you’ll also cherish this small moment seemingly as much as Clark himself—just make sure the kids are in bed when you pop in this DVD, as the film is not all warm and fuzzy. 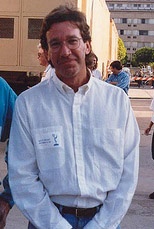 OK, this is one you can enjoy with the entire family. Tim Allen is probably best known for his role as Tim Taylor on ABC’s Home Improvement, but in 1994 Allen transformed himself into jolly old St. Nick in The Santa Clause, a family-friendly comedy about an absent father who unwittingly assumes the duties of Santa following an accident on the roof his home.

Early in the film, Scott Calvin (Allen) and his son reference the poem as they head outside to investigate a clatter atop Calvin’s suburban townhouse. Allen is at his comedic best here, playing both to adults and children with equal skill and humor, and while The Night Before Christmas doesn’t receive much play outside of the aforementioned scenes, the spirit of the poem is alive and well in the film, infusing it with the perfect proportion of yuletide fun.

Of course it only makes sense to include one literary riff on the original, and that comes in the form of Natasha Wing’s 2002 children’s book, The Night Before The Night Before Christmas. Wing closely adheres to the original poem’s meter and content in her depiction of a dysfunctional family attempting to will their way to a Merry Christmas the night before the night before the big day. Written for children ages 3 to 7 years, the book features lively, vibrant illustrations by artist Mike Lester that feel akin to those of Dora the Explorer or Veggie Tales. Put out the cookies and milk, tuck your children into bed, and give them the merriest of Christmas dreams with Wing’s imaginative take on the age-old story.