The PEN/Faulkner Award And Notable Winners

The PEN/Faulkner Award is one of the highest honors given to American citizens for fiction writing. The award was initially established by William Faulkner who used his 1949 Nobel Prize winnings to create the the William Faulkner Foundation. The primary goal of the foundation was to support emerging fiction writers. Although the foundation was later dissolved, the award came under the management of PEN, the international writers' association.

Among the many notable writers who have won the award, Philip Roth has received the honor three times. Operation Shylock: A Confession garnered Roth the PEN/Faulkner in 1994. The story is of an American Jewish novelist named Philip Roth, intriguingly enough, who suffers a breakdown. When he begins to recover, Roth learns that an impostor is using his name in Israel. The impostor is attending the trial of a former Cleveland auto worker who may or may not have been Ivan the Terrible of the Nazi death camps. The book tackles themes of "Diasporism" -- the idea that Jews should leave Israel and resettle in Europe to avoid another Holocaust by Arabs. In the book, angry debates take place about the State of Israel and Jewish identity, as well as a reflection of the author's consciousness. 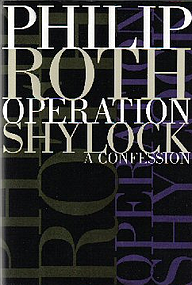 Roth also won the PEN/Faulkner award in 2001 for his novel The Human Stain and in 2007 for his work Everyman. Everyman begins with the protagonist's funeral, and chronicles the character's feelings on aging and experiencing illness as he inches toward death. As in Operation Shylock, Roth shares many similarities with his unnamed protagonist. Both are the same age and born in the same place. They also have a similar medical history, with frequent hospitalizations.

In 2004, John Updike received the PEN/Faulkner award for The Early Stories: 1953–1975. It's a collection of his writings from the start of his literary career at just 21 years old. Updike called these stories "fragments chipped from experience and rounded by imagination into impersonal artifacts". As the Guardian put it: "Sometimes, though, he speaks openly for himself, and the fragments' closeness to his daily experience gives them great authority as an autobiography of spirit, an authority not so easily found in novels, where imagination dilates and characters take off on their own.What they reveal is an absolutely constant temperament." 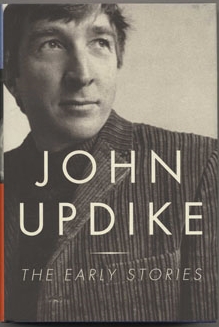 Most recently, Karen Joy Fowler--a fantasy and science fiction writer--won the award in 2014 for her work, We Are All Completely Beside Ourselves. The novel tells the story of a young woman who grows up in a normal Midwestern home--except for the fact that she is raised with a chimpanzee as a sibling. In The New York Times, Barbara Kingsolver praised the novel as “so readably juicy and surreptitiously smart, it deserves all the attention it can get." Fowler was also a PEN/Faulkner finalist in 2002 for her novel Sister Noon.

The PEN/Faulkner Award Ceremony and Dinner is held annually in Washington, D.C. The event is open to the public and finalists read selections from their work prior to the award presentation.