The Pilgrim Press: From Illegal Printing to Thanksgiving

When I say “pilgrims,” what comes to mind? With Thanksgiving upon us, maybe you’d mention the holiday itself, or turkey and stuffing. Perhaps you would conjure up images of the Mayflower and Plymouth Rock. Maybe some of you would associate the term with a religious sect.

While our understanding of the Pilgrims has been greatly shaped by the legend of Thanksgiving Day and our present customs surrounding the holiday, little attention is given to the real lives of the Pilgrims. They were a people displaced from their homeland for religious views, and as a result of their counter-cultural lifestyle, they faced a harsh reality. But they were steadfast in their beliefs, so much so that they even operated an illegal printing press in order to disseminate their ideas. 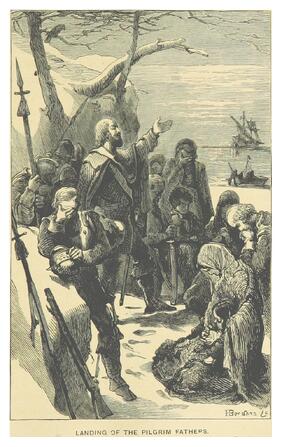 Consequently, the separatists sought asylum in Holland. They settled in Leiden after a brief stint in Amsterdam. It was there that the Pilgrims attempted to create a stable life for themselves. However, they remained outsiders and were plagued with the constant threat of punishment under English law for their separatists beliefs.

The illegal printing press, operated by William Brewster - a forerunner in the separatists’ cause - was the source of many of the Pilgrim’s troubles; however, it was also the way in which they propagated their beliefs.

Brewster printed religious pamphlets that expressed sentiment in direct conflict with that of the Church of England. The documents circulated throughout England, spreading the separatists message and furthering their cause. Two of the most notable works printed by the “Pilgrim Press” are Perth Assembly and De regimine Ecclesiae Scoticanae brevis relatio, both by David Calderwood. Calderwood was a Scottish thinker whose works were overwhelmingly critical of King James I. 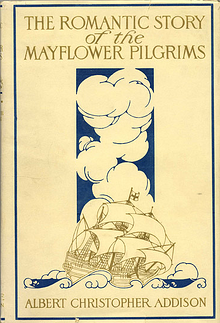 As a result of these publications, Brewster was hunted by the English ambassador to Holland and the Secretary of State in London. Brewster managed to hide for over a year, but his silent partner, Thomas Brewer, was not so lucky. He was jailed for his role in the printing. Although Brewster escaped, his house was searched and his printing types confiscated.

Shortly thereafter, in 1620, Brewster led a small group of Pilgrims across the Atlantic Ocean in the historic Mayflower journey. Buffeted by the sea and plagued with disease, the group suffered greatly and didn’t even land on Plymouth Rock. But they did make it to America, and after continued hardship, established a small community in which they exercised the religious freedom they struggled so hard to procure.

Only after the Pilgrims got their feet on the ground (so to say) did they celebrate with a Harvest Dinner, which was more like a week-long festival. They were joined by friendly Native Americans and the seed for our modern day Thanksgiving began to grow.