Silverman was Noman Mailer's college sweetheart and first wife. He met her during his junior year at Harvard while she was a student at Boston University. The two eloped in 1943 shortly before he was drafted into the army during World War II. He went on to serve in the Philippines with the 112th Cavalry Regiment. Beatrice herself served in the U.S. Navy as a lieutenant in the Women Accepted for Volunteer Emergency Service, or WAVES. She kept 100 of the very detailed letters Mailer sent to her during the war, which he later used as his notes for writing the antiwar novel that launched him to literary fame, The Naked and The Dead. The couple had one child together, Susan "Susie" Mailer. They divorced in 1952.

Morales was an artist who studied under the abstract expressionist painter, Hans Hofmann. Norman Mailer married her in 1954. When the couple first met, Morales was in a relationship with Edwin Fancher who, along with Dan Wolf and John Wilcock, joined Mailer to found The Village Voice, the Greenwich Village weekly newspaper. Before Fancher and Mailer, Morales was romantically involved with Jack Kerouac. Norman Mailer and Adele Morales had two daughters: Danielle "Dandy" Mailer and Elizabeth Anne "Betsy" Mailer.

Morales was on the receiving end of the most infamous incident of Norman Mailer's life. While in a drunken rage on November 19, 1960, at the end of a wild party that was thrown as Mailer's campaign launch for a run at the New York City mayoral seat, he stabbed Morales two times with a penknife. The stabbing nearly killed her; however, she never pressed charges. The couple divorced two years later. 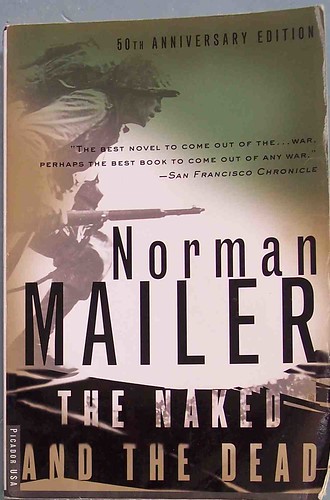 Campbell was wife number three. She was the fiery, vivacious daughter of Ian Campbell, the 11th Duke of Argyll and the granddaughter of Max Aitken, Lord Beaverbrook, newspaper tycoon. Jeanne Campbell was a correspondent for The Evening Standard and had a reputation for love affairs with famous men. Former presidential speechwriter and author James C. Humes once claimed Campbell had romantic liaisons with John F. Kennedy, Nikita Khrushchev, and Fidel Castro all in the same year, a claim refuted by Campbell's daughter who said she'd never even met Castro.

Campbell had been in a five-year affair with Time-Life creator Henry R. Luce when she met Norman Mailer and became pregnant with their daughter, Kate. Mailer married her in 1962 right after the finalization of his divorce from Adele Morales. However, the marriage didn't last long and the couple divorced in 1963 in part because Campbell discovered Mailer was having an affair with Beverly Bentley who would become his fourth wife. As part of the fallout of their marriage, Mailer based the malicious character, Deborah, in his novel An American Dream on Campbell.

Norman Mailer married Beverly Bentley in 1963, and the couple had two sons: Michael and Stephen. Beverly was an actress, and Mailer cast her in three movies: Beyond the Law (1968) and Maidstone (1970) both written and directed by Mailer, and Wild 90 (1968) produced and directed by him. During the filming of Maidstone, Mailer got into a fight with actor Rip Torn who hit him in the head with a hammer. Mailer returned the favor by biting off part of Torn's ear. The fight was eventually broken up by Bentley. It was during his marriage to Bentley that Mailer's book, The Armies of the Night won both the Pulitzer Prize for General Non-fiction and the National Book Award. The couple divorced in 1980 after a drawn out estrangement and litigation.

Jazz singer, Carol Stevens was wife number five, but only for a few days. Stevens and Mailer had lived together from 1969 to 1975 and had one daughter, Maggie. In 1980, Maggie was 9-years-old. By then, Mailer was in a relationship with Norris Church whom he planned to marry. Mailer and Church had a 2 year-old son, John Buffalo. Mailer wanted to "legitimize" his daughter Maggie. So, Stevens and Mailer agreed to marry and then promptly divorce. Their marriage and divorce took place in October of 1980, at which time his divorce from Beverly Bentley was still being litigated. Mailer married Norris Church in November of 1980.

Norris Church Mailer was Norman Mailer's sixth and final wife. The two were married for over twenty-five years until his death in 2007. Norris Church was born Barbara Jean Davis and grew up in Atkins, Arkansas, the daughter of Free Will Baptists. At the age of three she won the title of Little Miss Little Rock. In her twenties she had a brief fling with a young Bill Clinton. She met Mailer in 1975 when he came to Russellville, Arkansas to promote his biography of Marilyn Monroe. The two fell into a passionate love affair, and Church moved to New York a few months later. At the suggestion of Mailer, she changed her name to Norris Church when she began modeling with the Wilhelmina Modeling Agency. Norris was the last name of her first husband, and Mailer suggested Church since she had been a frequent church-goer while she was growing up. Norris Church had one son from her first marriage, Matthew, whom Norman Mailer adopted, making him the father of nine children in total whose ages, in 1980, ranged from 31 to 2.

Norris Church Mailer was herself a writer. She authored two novels, Windchill Summer and Cheap Diamonds, as well as a memoir about her life with Norman Mailer called, A Ticket to the Circus.