Born in St. Louis, Nobel Prize winner T.S. Eliot remains one of America’s most treasured literary exports. The poet who famously authored “The Waste Land” (1922), “Four Quartets” (1943), and “The Love Song of J. Alfred Prufrock” (1915) also tried to revive the verse-drama genre (most notably with 1934's The Rock) and was an astute literary critic, giving advice to young writers who hoped to carry on the poetic traditions that Eliot himself reshaped. Though his social reputation was one of stuffiness and formality (Virginia Woolf liked to refer to Eliot as wearing a “four piece suit” to dinner), he was actually an avid prankster, once setting off stink bombs in the lobby of a posh hotel—and this playful sensibility is alive in works that can often seem obscure and forbidding. This is not to say that his work, often inspired by his Anglican faith, doesn’t have an imposing moral seriousness to it. Perhaps Robert Frost said it best: “We are both poets and we both like to play. That's the similarity. The difference is this: I like to play euchre. He likes to play Eucharist.” Here are some of Eliot’s most memorable quotes. 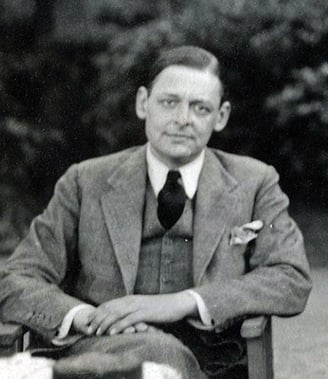 1. “Immature poets imitate; mature poets steal; bad poets deface what they take, and good poets make it into something better, or at least something different.”

2. “I am moved by fancies that are curled/Around these images, and cling:/The notion of some infinitely gentle /Infinitely suffering thing.” -- "Preludes" (1917)

3. “It is a test (a positive test, I do not assert that it is always valid negatively), that genuine poetry can communicate before it is understood.”

5. “I have measured out my life with coffee spoons;” -- “The Love Song of J. Alfred Prufrock” 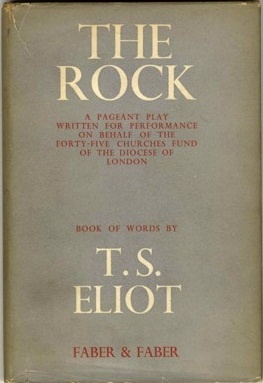 6. “Do I dare/Disturb the universe?/In a minute there is time/For decisions and revisions which a minute will reverse.” -- “The Love Song of J. Alfred Prufrock”

7. “April is the cruellest month, breeding/Lilacs out of the dead land, mixing/Memory and desire, stirring/Dull roots with spring rain.” -- “The Waste Land”

8. “The awful daring of a moment's surrender/Which an age of prudence can never retract/By this, and this only, we have existed.”-- “The Waste Land”

9. “And the wind shall say: "Here were decent godless people:/Their only monument the asphalt road/And a thousand lost golf balls." -- The Rock

10. “I am glad you have a Cat, but I do not believe it is So remarkable a cat as My Cat. My Cat is a Lilliecat Hubvously. What a lilliecat it is. There never was such a Lilliecat. Its Name is JELLYORUM and its one Idea is to be Usefull!!”