The Wonderful Adaptations of Oz

With advancing technology, it is becoming less and less rare for an adaptation to be better known than an original work, especially if the original work is a book. First published in 1900, L. Frank Baum’s The Wonderful Wizard of Oz, and its 13 sequels, has long been a favorite of readers. The world of Oz Baum created grabs hold of the imagination. As a result, it has led many writers to add their own interpretation and work to the magical land of Oz. In addition to the written works, Baum’s world has become a cultural icon due, in part, to the many film, television, and stage productions adapted from the original story. 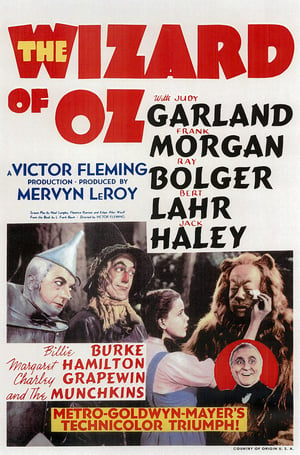 Arguably the most popular adaptation, the 1939 version of The Wizard of Oz starring Judy Garland is the most commercially successful of all the Oz adaptations. The film was nominated for six Academy Awards, winning two. Its use of Technicolor, characters, and music has cemented this film as an icon of American culture.

Oz the Great and Powerful, released in 2013, is set 20 years before the start of Baum’s first novel. The film follows Oscar Diggs, a magician who arrived in Oz where he met three witches, Theodora, Evanora, and Glinda, whom he must fool into believing he is a wizard. Billed as a prequel to the 1939 film, elements found in the film rather than Baum’s books are primarily used.

Taking it to TV: Television Adaptations of Oz

The 1986 The Wonderful Wizard of Oz is a Japanese anime based on Baum’s original books. Consisting of 52 episodes, the series covers events both during and after Dorothy’s visit. HBO purchased the rights to the show in 1987. It has been dubbed in many languages including English, Spanish, and Italian.

The Wizard of Oz, produced by DIC Animation City in 1990, consisted of 13 episodes that aired on ABC. In the series, Dorothy and Toto return to Oz to fight the resurrected Wicked Witch of the West. Despite being mainly based on the 1939 film and incorporating some of the visual elements of the film, this animated series plays fast and loose with some aspects accepted as canon, including the power and capabilities of the ruby slippers.

Tin Man, which first aired in 2007 on Sci Fi Channel, is a miniseries released in three parts staring Zooey Deschanel as the Dorothy-esq character, DG. While based on elements of Baum’s original work, the series has a stronger emphasis on science fiction and fantasy. This series was nominated for nine Emmy awards, winning one, and was the highest rated miniseries of 2007.

Written by Baum, the 1902 musical The Wizard of Oz is a musical version of his original novel The Wonderful Wizard of Oz. Most of the music was written by Paul Tietjens, but has largely been lost. Originally premiering at the Chicago Grand Opera House in 1902, the show moved to the Majestic Theater on Broadway in 1903 where it ran until the end of 1904 before continuing on tour. The 1939 Judy Garland film based some of the plot on the show.

The Broadway musical Wicked, written by Stephen Schwartz and Winnie Holzman, first premiered in at the Gershwin Theatre in 2003. Based on Gregory Maguire’s Wicked: The Life and Times of the Wicked Witch of the West, the plot follows the unlikely friendship between the Wicked Witch of the West, named Elphaba, and Glinda as they struggle through their opposing roles in Oz.

Do you have a favorite Oz adaptation? Share it with us in the comments below. Whether you prefer the original written work of L. Frank Baum, or one of the story's many adaptations, it's clear that Oz is here to stay.