For fans of the great J. R. R. Tolkien, The Adventures of Tom Bombadil provides yet another avenue to experience the unmatched storytelling and myth-spinning for which Tolkien is so famously known. The Adventures of Tom Bombadil is a compilation of sixteen poems and a true potpourri of material. It is presented as if it is a literal translation from the manuscript known as the Red Book of Westmarch.

Three of the poems in the book deal directly with the character of Tom Bombadil. They include: “Bombadil Goes Boating” in which Tom takes a trip to the Shire to visit a hobbit friend; “The Stone Troll” which describes the intercourse between Tom and a hungry toad who is covetous of his dinner; and finally, the poem for which the whole compilation takes its title, wherein we get a taste for Tom as master of his domain. 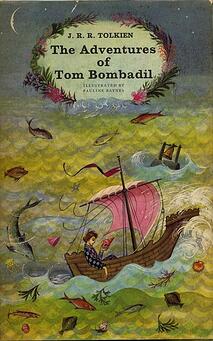 Tom Bombadil is an oft disputed character in Tolkien’s The Lord of the Rings trilogy. He was left out of the famous films, and many critics argue that he is an anomaly -  not fully explored and explained - thus, insignificant. Others claim that Bombadil is more of an enigma, or puzzle, who, although doesn’t have a clear position in Tolkien’s tales, is nevertheless relevant. Regardless of one’s personal stance on the character, the poems about him are certainly entertaining.

What’s more, in this compilation we’re treated to a variety of subject matter beyond Tom’s tales. These include poems about the Man in the Moon and his adventures staying out too late and coming down too soon. Tolkien aficionados will recognize “The Man in the Moon Stayed Up to Late” from the Lord of the Rings. Likewise, in The Adventures compilation, we also revisit “The Stone Troll,” as mentioned above, and “Oliphaunt” from the trilogy.

We get a glimpse at a lonely troll in “Perry the Winkle,” and our emotions are tugged when reading the story of a beautiful women who longs to journey with a shipload of elves out of Middle earth in “The Last Ship.” A different sort of emotion is called forth when reading the four poems in the book that focus on the bestial. Each one is more memorable than the next. Tolkien deals with a sea monster in “Fastitocalon" and an eerie group of creatures called “the Mewlips,” in a poem by the same name. 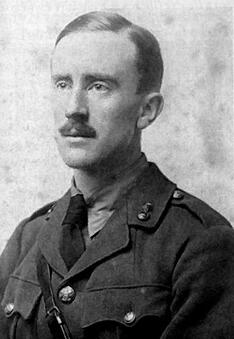 Overall, The Adventures of Tom Bombadil  is an interesting addition to the Tolkien canon for several reasons. First, it sheds light on a character whom we’ve seen before but know little about, but manages to still leave us guessing in regard to his true characterization. It provides another look at the setting of Middle Earth, clarifying certain aspects that aren’t touched upon elsewhere.

Furthermore, the poems deal with grand adventures, and the way Tolkien tells each story is captivating. The Adventures of Tom Bombadil exposes us to more of Tolkien’s wit and rhythmic writing through poetry making it a treasure for the Tolkien collector. This compilation also proves that the great fantasy writer of the twentieth century was also an exceptional poet.