In a sort of literary tour of the United States, we’d like to begin highlighting some of the top books from each state. What does a book have to do to make the list for each particular state? Our criteria is twofold: either the book must be set in the state, or the author must be from the state or have written the book while living in the state. Obviously, the book must also be a good one! Understandably, our list of top books from each state is subjective. We may leave out a title you feel should be included. Be sure to add your own thoughts and tell us your favorites in the comments below. For today, we begin at the beginning with Alabama. We've picked two great books from this sweet home, southern state.

1. A Christmas Memory by Truman Capote 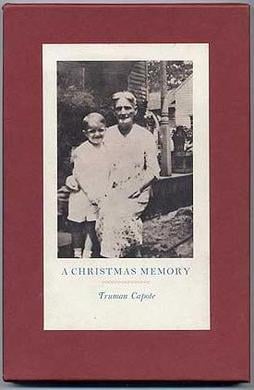 Perhaps it is because we’re coming off the holiday season, but Truman Capote’s short story, A Christmas Memory is our Capote book of choice for the great state of Alabama. Lesser known than some of his novels like In Cold Blood and Breakfast at Tiffany’s, A Christmas Story takes Alabama as its setting and stars the duo of Buddy, a seven year old boy, and his much older distant cousin, called Sook in other stories. A Christmas Memory was first published in part in Mademoiselle, and it was published in full in Random House's edition of Breakfast at Tiffany's in 1958.

The story is a charming tale of the simple joy of the season, but also touches on the theme of loss. The landscape plays a big role in the story: the crisp, clear Alabama air where the characters fly their kites on what ends up being their final Christmas spent together, as well as the special grove where they find their Christmas tree (and the arduous trek to and from it) are described so evocatively, readers can imagine themselves there:

"Morning. Frozen rime lusters the grass; the sun, round as an orange and orange as hot-weather moons, balances on the horizon, burnishes the silvered winter woods. A wild turkey calls. A renegade hog grunts in the undergrowth...A mile more: of chastising thorns, burs and briers that catch a our clothes; of rusty pine needles brilliant with gaudy fungus and molted feathers. Here, there, a flash, a flutter, an ecstasy of shrillings remind us that not all the birds have flown south. Always, the path unwinds through lemony sun pools and pitch vine tunnels."

2. To Kill a Mockingbird by Harper Lee 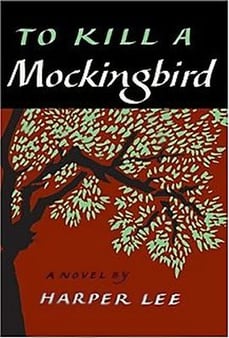 Arguably the most famous book ever set in Alabama, Harper Lee’s To Kill a Mockingbird is a classic. It won the Pulitzer Prize shortly after it was published, and almost fifty years after publication, it topped the Museum, Libraries and Archives Council’s list of books every adult should read—beating out both the Bible and the Lord of the Rings trilogy. Told from the perspective of the young Jean Louise Finch, known best as Scout, the novel deals with issues of racial injustice, the loss of innocence as one comes of age, as well as friendship and honor.

In chapter one, we get a good look at the Southern, Alabamian setting through Scout's eyes:

"Maycomb was an old town, but it was a tired old town when I first knew it. In rainy weather the streets turned to red slop; grass grew on the sidewalks, the courthouse sagged in the square. Somehow, it was hotter then: a black dog suffered on a summer's day; bony mules hitched to Hoover carts flicked flies in the sweltering shade of the live oaks on the square. Men's stiff collars wilted by nine in the morning. Ladies bathed before noon, after three o'clock naps, and by nightfall were like soft teacakes with frostings of sweat and sweet talcum."

The novel’s famed author, Harper Lee, didn’t publish another book in her lifetime until Go Set A Watchman was released in July of 2015. We’ve written about this book—which was initially called a sequel to To Kill a Mockingbird but later proven to be a first draft of the famous novel—here.

Interestingly, the two authors in this post are connected. Harper Lee lent her time and aid to Truman Capote when he was researching his true crime novel, In Cold Blood. Likewise, Capote formed the basis for Lee’s character of Dill in To Kill a Mockingbird. In the case of these two seminal Alabamian literature icons, it seems like attracts like.

Stay tuned next month as we explore some of the best books to come from the state of Alaska!