Across the country, legendary authors’ homes have been preserved as museums. From the small-town Asheville, North Carolina home of Thomas Wolfe to the famous Mark Twain House and Museum in Hartford, Connecticut, it seems as though many cities have their own literary claim to fame. One little New England town, however, appears to be wealthier in literary history than others. Concord, Massachusetts once was home to Louisa May Alcott, Ralph Waldo Emerson, Nathaniel Hawthorne, and Henry David Thoreau. Indeed, many of these authors’ most notable works of fiction are set in this sleepy town just outside of Boston. 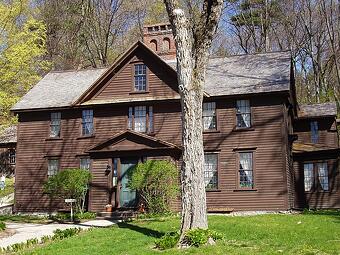 Homes as Museums: How the Writers Lived

Concord is the site of four famous literary homes: The Orchard House, The Wayside, The Old Manse, and the Ralph Waldo Emerson House.

The Orchard House is, perhaps, one of the most frequently visited authors’ homes in New England. To be sure, Yankee Magazine recently rated it as the “Best Literary Home” in New England. Louisa May Alcott lived in this home from 1858 to 1877, and it was in this very house that she drafted Little Women. Like most authors’ homes, you can only visit the Orchard House by guided tour. However, tours take place regularly on each day of the week. What can you see inside the house? Luckily for visitors, the house looks much like it did when Louisa May Alcott and her family lived there, and more than two-thirds of the objects and furniture you’ll see in the house were actually owned and displayed by the Alcotts. Next door to the house, you can see the Concord School of Philosophy, which was founded by Louisa May Alcott’s father, Amos Bronson Alcott. 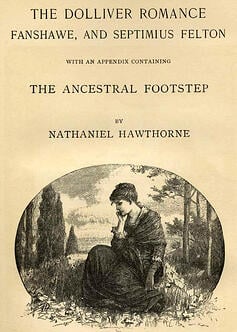 The Wayside, another famous literary house, was inhabited at different points in time by several famous writers, including Louisa May Alcott, Margaret Sidney, and Nathaniel Hawthorne. When the Alcotts lived in the home, they called it the “Hillside” house. The property was built in the early 1700s, and it’s actually next door to the Orchard House. Nathaniel Hawthorne bought the home in 1852 after living at another notable house in Concord, called The Old Manse. Hawthorne actually gave The Wayside its name, and soon after buying the property, he told fellow writer Henry Wadsworth Longfellow that he felt at home in the house. The Wayside is now part of the Minuteman National Historical park, and it’s open seasonally for guided tours.

The Old Manse, Hawthorne’s previous home, was built in 1770 and served as a meeting site for a number of important transcendentalist writers and thinkers. In addition to Hawthorne’s residence here, Ralph Waldo Emerson also lived in the property for a time. The vegetable garden (which has now been recreated) initially was planted by Henry David Thoreau for Nathaniel Hawthorne’s wedding. Like The Wayside, this property is open seasonally for guided tours and has a bookstore that sells classics by many of the Concord authors. 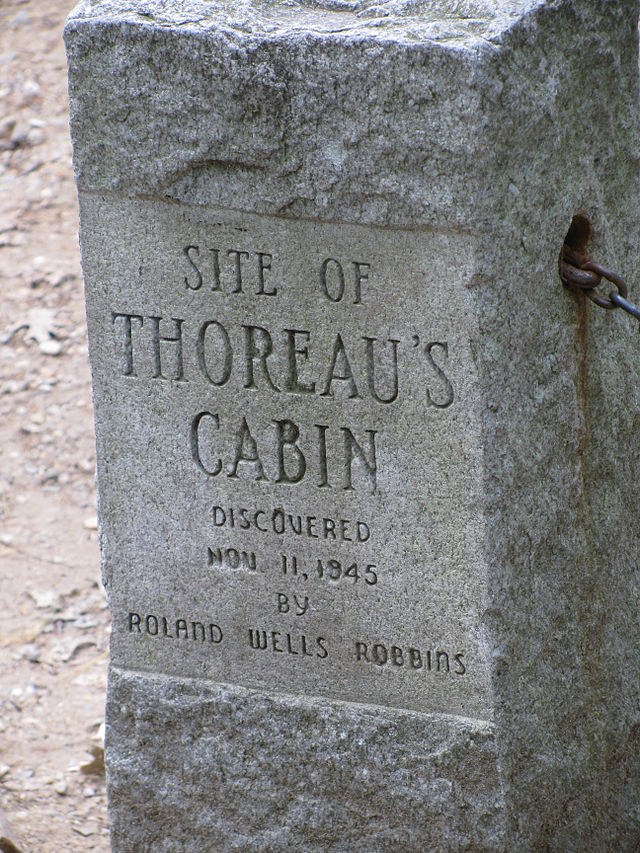 Other Sites Around Concord

In addition to authors’ homes, what else should you be sure to see on your visit to Concord? First, don’t miss Walden Pond! Made famous by Henry David Thoreau’s Walden (1845), the pond remains open to visitors through the summer to enjoy swimming in the water or relaxing on the shores of the pond. While Thoreau’s original cabin no longer stands, visitors can see a replica of the space on the north shore.

And a visit to Concord would not be complete without a trip to the Sleepy Hollow Cemetery. While the cemetery is large, it’s easy to navigate your way to “Author’s Ridge.” There, you can visit the final resting sites of Louisa May Alcott, William Ellery Channing, Ralph Waldo Emerson, Nathaniel Hawthorne, and Henry David Thoreau.

If you’re planning a trip to Boston and you’re interested in American literature, we just have to insist that you also take a detour to Concord. It’s easily reachable by car in just about twenty minutes, and this small town will provide you with interesting and exciting tours of spaces from which some of the most notable works of American literature derived.