What is a Bookplate?

Let’s say you found a rare book you want to add to your collection, and the bookseller’s description says it has a bookplate. You might be wondering precisely what a bookplate is, whether it is a newer addition to the book, and how it affects the value. These are all good questions, and there’s not a single answer to any of those inquiries. In all cases where a book contains a bookplate, it depends. We’ll give you some basic information about bookplates to help you understand how these additions to books came to be and how they can affect the value of an object. We’ll also tell you a little bit more about sources for discovering new information about bookplates if you get particularly interested. In the end, you could decide to establish an entire rare book collection around the bookplate, seeking out objects that contain them or seeking out the bookplates themselves. 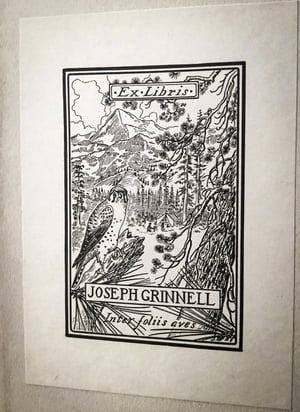 So What’s a Bookplate?

A bookplate, a book-plate, or a book plate—you might see all three ways of writing out the term. In the end, it’s a word or phrase that refers to a label of some sort that has been attached inside a book. Most frequently, you’ll find a bookplate just inside the front cover of a book, often adhered to the front endpapers. Many bookplates you’ll find are decorative, and they’re reflective of the time period in which they were created and the aesthetic preferences of the owner of the bookplate.

According to the King’s College Cambridge Archive Centre, believe it or not, bookplates have been around since the Middle Ages. Yes, that’s right: bookplates were used, in limited form, even prior to the advent of the printing press. They started as basic inscriptions in early manuscripts, and bookplates started to be printed in the 15th century. The Jacobean period from 1567-1625 has some of the earliest examples of printed bookplates. By the Victorian era (1837-1901) and the Edwardian era (1901-1910), bookplates had become particularly decorative and elaborate. While they started out as functional adornments, bookplates later become highly stylized embellishments.

Many bookplates are known as ex-libris, or a book owner’s identification. In other words, these are bookplates that indicate the owner of the book. Many notable historical figures have also been book collectors, and as such, a book containing one of their bookplates can have great value. Other bookplates might not refer to a particularly notable person, but the ex-libris bookplate might have such a fascinating or unique design that it is of great value on its own. 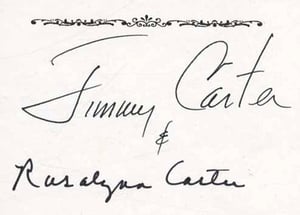 How Does a Bookplate Affect the Value of a Book?

This is a question that really and truly depends on a number of factors. If you find a book with a bookplate of a notable figure, then that bookplate may mean that the object is an association copy of great value. However, a bookplate in an otherwise rare book can lower the value of the text if the bookplate indicates ownership of an ordinary reader. At the same time, however, if the bookplate is particularly interesting on its own merits, it could add some value to the book.

Many rare book and special collections libraries have large collections of bookplates, ranging vastly in time period, style, and significance. Some of the bookplate collections are extremely broad, while others are quite narrowly focused. We already mentioned the King’s College Cambridge Archive Centre above, which houses a large collection of bookplates that span centuries. You can even explore their online exhibition, “Bookplates in the Archives.” The Library of Congress has a Russian Bookplate Collection that contains a total of 130 bookplates created by Soviet artists from 1970 to 1987. The Pratt Institute Libraries also houses an Ex-Libris Bookplate Collection. These are just a handful of examples to get you started.

We often mention rare books and ephemera, and you might be wondering what it is precisely we’re thinking about when we say ephemera. We mean a lot of different things, from broadsides to printed endpapers. Of course, we’re also talking about bookplates. Starting in the late 19th century and moving into the 20th century, bookplates started to become the focus of a number of significant collections. Book collectors would exchange their own bookplates, and they’d seek out the bookplates of authors, cinema stars, or other famous people whose bookplates might be of value. Collectors have continued to seek out bookplates for their collections, and there are even groups of collectors who focus on these fascinating objects. If you’re interested, you can explore the American Society of Bookplate Collectors & Designers or The Bookplate Society to get you started.

Whether you simply want to learn more about bookplates or you’re thinking about starting a collection, exploring the history of these ephemeral objects and their uses is a worthy pastime.