As Ernest Shackleton left to explore a new land, a new world was being formed. A few days before the Endurance left England, on August 8, 1914, Europe had entered the Great War. Shackleton volunteered his ship and his men for service, but he was told to proceed on his voyage to the Antarctic. His crew reached Buenos Aires, then the south Atlantic island of South Georgia. By New Year’s Eve, Shackleton and his crew of 28 reached the continent. They were met by conditions that would have probably killed anyone else.

Ernest Shackleton was not the first person to reach the South Pole; that honor belongs to Roald Amundsen, who beat the British explorer Robert Scott in 1911. Shackleton had a greater aim in mind, however. He wanted to traverse Antarctica, expanding Britain’s imperial claim to many parts of the globe, a navigation route connecting Patagonia to New Zealand.

That plan was abandoned when the Endurance became enveloped in ice floes in the Weddell Sea in January of 1915. The stranded ship was no longer under the crew’s control, and Shackleton scurried to keep the boat afloat and his sailors alive. But the elements overtook the ship, and the crew was banished to the ice. It was then that Shackleton pivoted his strategy. He abandoned the hopes of an unprecedented expedition and turned instead to life-saving optimism. “A man must shape himself to a new mark directly the old one goes to ground,” he wrote in South.

The Endurance’s crew turned to extreme and life-saving measures amid their desolation. They created lanterns out of sardine tins and made wicks from bandages. They shot the last of the dogs, taking meat from some of them, and turned speculation toward whom would be eaten first if matters grew slightly worse. 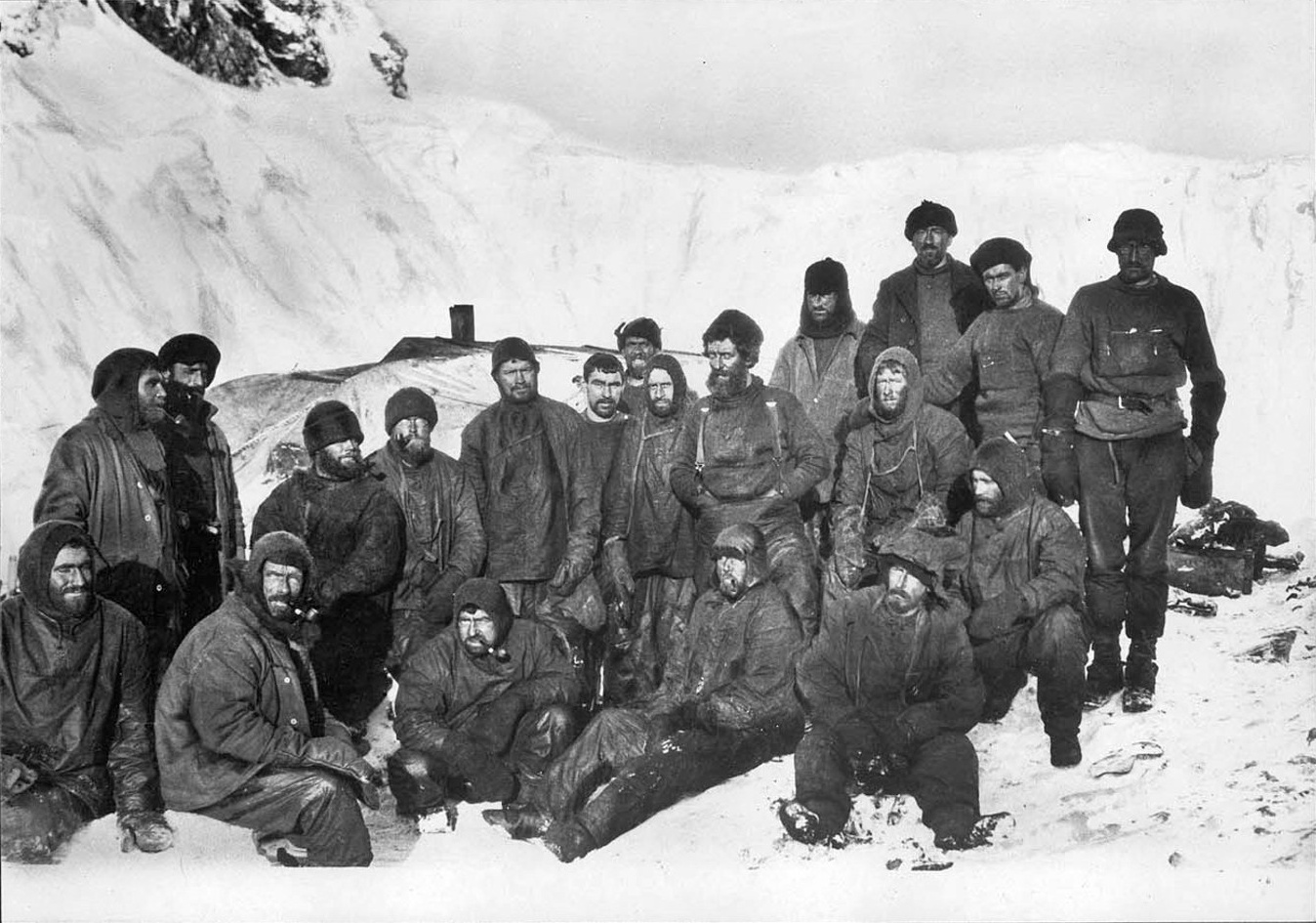 It was then that the central story of Shackleton’s biography took form: a story of optimism in the face of death, of ingenuity in the face of scarcity, of imperial bravery without cruelty or sin. The explorer decided to take five men on a risky, ice-encumbered voyage back to South Georgia island, where he expected to get help. Twenty-two men stayed behind, sleeping under upturned rescue boats and surviving on what they could. This story of survival, so unlikely it is nearly mythic, was corroborated by multiple diaries and accounts. Frank Hurley, a member of the crew, went to great lengths to capture pictures of the ordeal, even diving into the freezing water to save 120 of his negatives from the depths.

The incredible thing is Ernest Shackleton and his cadre of five made it to South Georgia in May of 1916, over a year after the Endurance was first shackled in ice. Upon finding the island, they were slammed by a hurricane, and had to wait out the storm and fight against being dashed against the island’s rocks. Eventually, the storm subsided, and they landed safely. There, the crew found Norwegian whalers and soon enlisted the aid of the Chilean government to rescue the remaining men on Elephant Island. In the middle of 1916, as the Great War waged on, Britain received the rare bit of good news amid so much ruin: Shackleton and all of his men had survived. 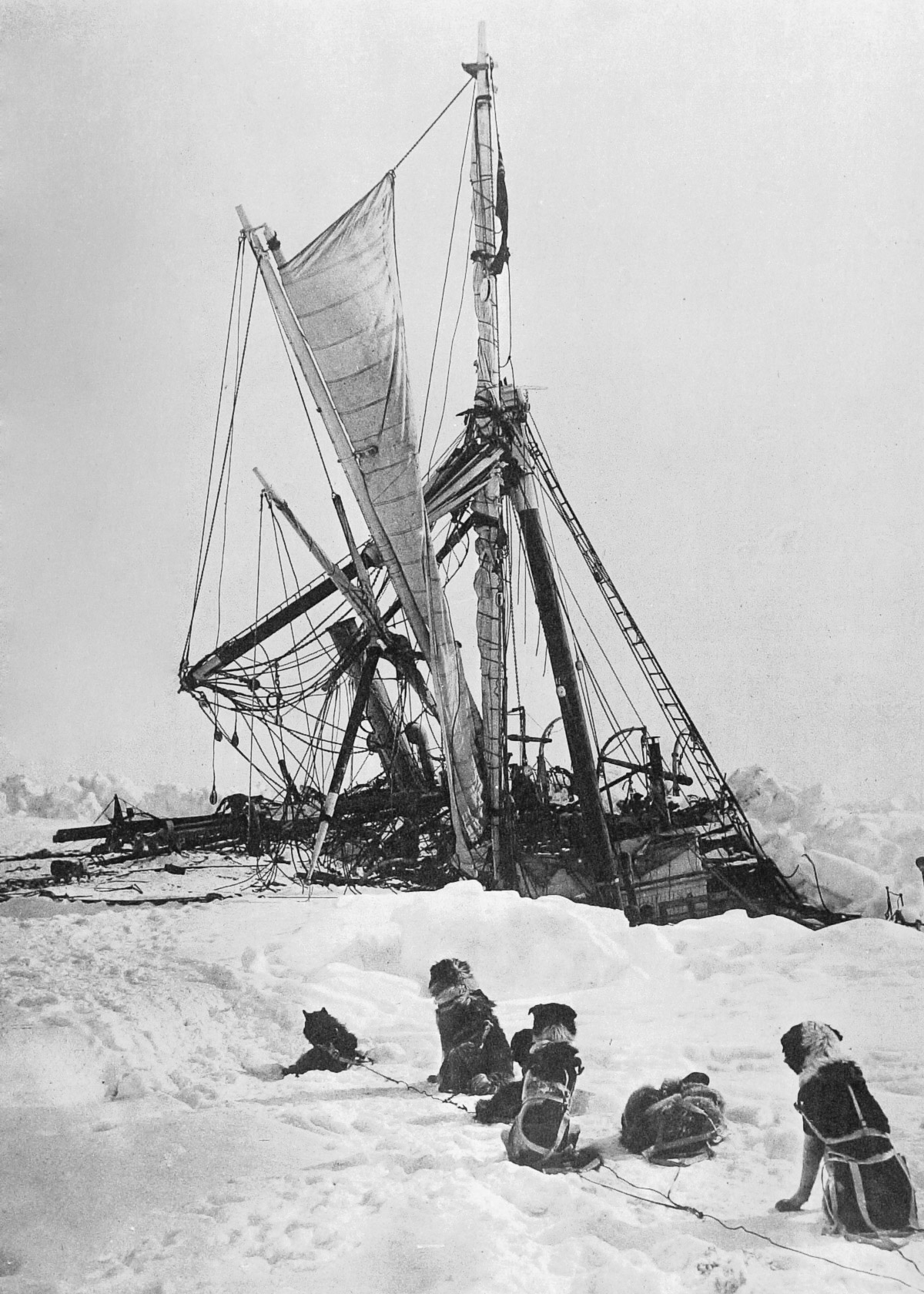 hackleton, though an international hero (and a heavy drinker with a heart problem), joined his men in serving in the war. He would survive, but like many true explorers, there was something uncomfortable about living in safety. Shackleton enlisted a crew for another voyage to South Georgia, with no real objective in mind, where he died in 1922. He is buried there, on the same island that saved his life.

Ernest Shackleton has endured like few explorers of the heroic age of discovery. This is in part because of his great democratic leadership, his consideration for the well-being of his crew, his lack of snobbery when it came to his talented sailors who were technically slotted below his class. This bravery and optimism in the face of great odds, this insistence on honest and self-sacrificing leadership, and a rejection of the plush comforts of civilization for life in extremis: for all these reasons and more Shackleton endures.