William S. Burroughs: A Writer on the Margins

William S. Burroughs is the kind of author whose life often upstages his writing. His style is challenging, his subject matter unusual, and to many, he is easier to read about than to read. Those who do read his books are often of differing opinions. To some he is a genius, while to others he is a literary madman, possessed by drugs and misguided avante-garde ambitions. Yet beyond the larger-than-life character, the contentions and the clamorous criticism, there’s an oeuvre worth a serious reader’s attention.

While it is best to avoid being distracted by the life of an author like Burroughs, his is impossible to ignore. Gustave Flaubert said of artists, “Be regular and orderly in your life like a bourgeois, so that you may be violent and original in your work.” This approach may work superbly for many writers, but it was not a method for Burroughs, whose very career began out of anguish. 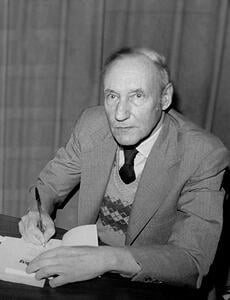 Burroughs had a decades-long relationship with drugs and addiction, a struggle he shared with his wife, Joan. One night in Mexico City, after many drinks, the couple decided to play a round of William Tell. Burroughs was behind the gun, and Joan’s head was beneath the fruit when Burroughs’ gun missed its mark. In that moment, he made a terrible, fatal mistake. In the preface to his book Queer, he wrote, "I am forced to the appalling conclusion that I would have never become a writer but for Joan’s death...the death of Joan brought me into contact with the invader, the Ugly Spirit, and maneuvered me into a lifelong struggle, in which I had no choice except to write my way out."

Although he killed his wife, he was able to evade the law by bribing Mexican officials. This legal pressure, in addition to his many run-ins with the law as a drug addict, coupled well with Burroughs’ already restless spirit. With the help of an allowance from his family, Burroughs spent his life drifting all around the world; he moved through numerous cities in the U.S. and to places like Paris, South America, and Morocco.

In addition to exile, Burroughs rarely belonged, and embodied many contradictions. He married women, but was distrustful of them and seemed to have preferred men. Few fiction writers had a love of guns like Burroughs, despite the tragedy they introduced to his life.

So, how do you look past his life when his identity on the wild margins was essential to the creation of his distinct fiction?

Burroughs is well known for being a pioneer of the cut-up technique. He borrowed the principle for the method from other art forms, such as the collage of the visual arts as well as rapid camera shots from cinema. By placing faith in the accidental nature of art, that one’s best creations often happen in defiance of deliberation, he used the cut-up technique to introduce the “unpredictable spontaneous factor” into his work. Any text, original or written by someone else, could be cut up and transformed to a new text.

Burroughs worked with painter and writer Brion Gysin to realize this ambitious style. The pair hypothesized that by cutting up and rearranging a text, a hidden and profound meaning could be uncovered. Burroughs claimed some ancestors in this method, such as John Dos Passos and T.S. Eliot who incorporated real newspaper headlines in their work. Despite a group of practitioners before him, Burroughs didn’t exactly inspire droves of disciples, and the cut-up style of writing reached apotheosis and more or less ended with his work. Even in literature, Burroughs occupies a space on the margins.

Though it may seem like cheating, the act of composing a book of cut-ups is no easier than writing. For his Naked Lunch and Nova Trilogy, Burroughs cut up his own writing, using bits and pieces from The Word Hoard, a 1,000 page text of manuscripts he had penned in the 1950s. He also used works by Joyce, Shakespeare, and Rimbaud, in addition to other texts. Out of 100 constructed sentenced, Burroughs would select about one to include. He would then pick from a collection of dozens more, and finally choose the sequence in which these many sentences would follow each other. In his writing, he sought to reconcile cognitive deliberation with the hope of somehow harnessing the mysterious powers of the unconscious and the hidden. It was a bold effort, and one that helped him become, in Norman Mailer’s eyes, “the only American writer who may be conceivably possessed by genius.” 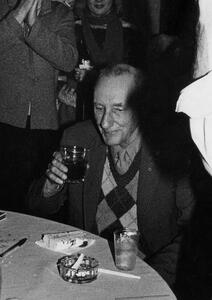 Burroughs lived madly, and wrote of a world gone mad. His novels are obscene, filled with vivid sexual imagery and violence. His novel The Soft Machine underwent obscenity trials in Turkey as recently as 2011. It’s a dizzying dystopian and science fiction-style endeavor about Mayan priests who control the bodies of slaves. The book also deals with time-travel and a protagonist who shape-shifts. Burroughs includes as the appendix to the book a confessional appendix about his own struggles with heroin addiction. His difficulties in getting treatment point to a major theme of the book—the way our own bodies can be controlled by an external force and the politics of such exploitation.

To the typical reader, William S. Burroughs is a strange character who wrote of alien subjects. To some, he obscured his work with opaque prose, complex science fiction, drug-induced hallucinations, the obscene, and more. But to hold his audacity, and his difficulty, against him is to miss the achievements of the man entirely. His work is most successful when it gets you to work to understand what is unfamiliar. Burroughs, a writer on the margins, speaks for the marginalized, the neglected, and the voiceless.