Lately, much has been said about whether the Catholic Church should canonize prolific 19th and 20th Century thinker and writer G.K. Chesterton. He was, proponents insist, one of the most vocal lay-supporters of the Catholic faith in the last two centuries. His arguments for the church’s doctrines were imaginative and seemingly boundless. Whether or not the beloved crafter of fairy tales and treatises stands a real chance of sainthood, the speculation does make one wonder: where are the sainthood campaigns for other great Catholic authors? Where is the push to canonize Flannery O’Connor? Gerard Manly Hopkins? Graham Greene? Where, most relevantly, is the sainthood campaign for Walker Percy? 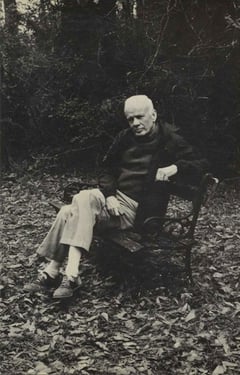 They say there is no zealot like a convert, and in Walker Percy’s case this rings particularly true. After what can only be described as a traumatic childhood, in which his grandfather, mother, and father all committed suicide within a twelve year span, Percy was indoctrinated into the literary lifestyle by his uncle-turned-caregiver, lawyer and poet William Alexander Percy.

Following a young non-encounter with one of his literary idols, William Faulkner (Percy and his best friend, having grown up in Alabama and Mississippi, drove to Faulkner’s house to pay homage to the writer, whereupon Percy was too star-struck to get out of the car), Percy went on to Columbia to study medicine. After he received his degree, he fell ill with tuberculosis during an autopsy. He had to spend the next few years in a sanatorium in upstate New York.

Under these less-than-ideal circumstances, Percy first encountered the work of Danish Philosopher Søren Kierkegaard. Spurred by his epiphany that men are neither ‘pigs, nor angels,’ but rather ‘pilgrims, wayfarers on a journey,' this period of deep engagement with Christian existentialism (furthered in more secular iterations in his reading of European novelists-of-ideas like Fyodor Dostoevsky and Jean-Paul Sartre) would lead Percy to convert to Catholicism. He also refashioned himself as a writer. His exploration of faith would come to define the tenor and themes of his writing. 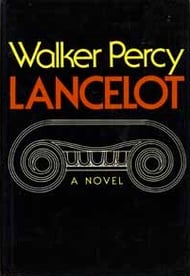 After a few years spent writing philosophical essays, Walker Percy, then more than forty years old, published his first novel, The Moviegoer (1961). The novel, which won the National Book Award, anticipates the late-modernist spirit of Saul Bellow’s Herzog (1964) by depicting the detached, daydream-riddled inner life of a Korean War vet in New Orleans. Though it’s usually praised, along with later works like Lancelot (1977) and The Second Coming (1980), for its colorful but incisive portraiture of a rapidly changing American South, its greatest success might be its exploration of the space Catholic writers carve out for themselves between Dogma and despair.

Rather than a tract full of prescriptive sentiments on the saving power of faith, The Moviegoer picks up the scattered pieces of the European existential novel and runs with them, musing on the nature of man and his relationship to the infinite. Percy’s is a novel of searching, and “(t)he search,” says his protagonist, “is what anyone would undertake if he were not sunk in the everydayness of his own life.”

Somewhere between the fire and brimstone of Flannery O’Connor and the mental gymnastics of G.K. Chesterton, Walker Percy lies in wait. As a writer, he invites us into the abyss to grapple with a whole host of existential questions.