In 1969, with the rapt attention of a mystified global audience, Neil Armstrong became the first man to walk on the moon—in fact, he became the first human being to set foot on any terrestrial object other than the earth. After years of training and buildup, Armstrong’s mission (which also included Buzz Aldrin and Michael Collins, who would stay in orbit during the moonwalk) represented a pinnacle of human exploration and achievement that has been unmatched in the ensuing decades. With his iconic declaration, “one small step for man, one giant leap for mankind,” Armstrong punctuated one of the most meaningful firsts in humanity’s history. Or so we thought until now… 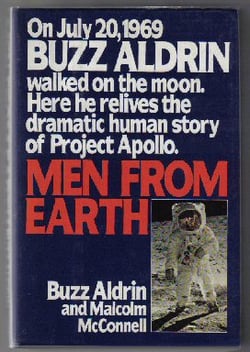 On April 1, 1967, an hour-long Radio Zurich broadcast interrupted listeners’ scheduled programming to inform them that an American space mission had just touched down on the surface of the moon. Telephone lines were jammed with Swiss citizens and American expats and vacationers trying to call their loved ones abroad to discuss the shocking news—so shocking, in fact, that even members of the U.S. Embassy’s staff in Zurich had no idea whether or not to believe the broadcast. The radio announcers went on to tell listeners that the lunar module would be taking off from the moon for its return voyage to earth, and that in areas of high elevation and low light pollution the ship could be seen from Earth. Denizens of Zurich immediately rushed to the peak of Mt. Uetliberg to watch the return of the astronauts, with moon-gazers arriving in such great numbers that extra trains had to be run to and from the summit.

Of course, anyone acquainted with the difficulties of space travel would have known that 7:00 pm that evening was far too early for the return voyage to plausibly commence, and the broadcast was quickly dismissed as a hoax. Now, with the release of a new memoir by Eugene Cernan, we know that the story is more complicated. Yes, the radio broadcast contained some factual errors, but it was correct on the major details—there was a successful moon mission in April of 1967, but it was immediately covered up by an American government leery of the mission’s perceived implications.

Eugene Cernan, who died last year, was, as many of you know, an astronaut on the Gemini 9A, Apollo 10, and Apollo 17 missions, traveling to space three times and earning the distinction of being the last person to walk on the moon. In the months since his passing, his estate has been combing through his papers and ephemera, where they recently discovered an unpublished book describing the secret history of Surveyor 3, an ostensibly-unmanned moon mission predating the Apollo program. The Surveyor program was a series of moon missions undertaken by NASA between 1966 and 1968 with the aim of finding a safe landing site for later manned missions. In his book, Cernan informs us that, while the voyages were conceived as unmanned missions, fate had other plans. 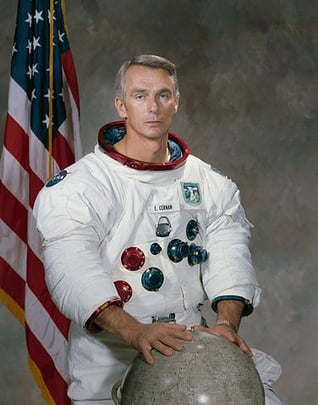 In addition to mapping out landing sites and digging ditches, Surveyor 3 was secretly a test case for one of the earliest models of what would become the Apollo Lunar Module. Though it was similar in many regards to the later model that would convey Buzz Aldrin and Neil Armstrong, NASA had not yet deemed it sufficiently safe for use in a manned mission. Since they were competing not just for primacy but for the moral high ground with the U.S.S.R.’s space program, it was crucial that NASA’s efforts appear more humane and less risky than their Soviet counterparts’. As we now know, however, these safety concerns didn’t stop Cernan from sneaking into the module and, unofficially, taking the first manned mission to the moon’s surface, meaning that he had, in fact, made four space visits as opposed to three. Likewise, he was not just the last man to walk on the face of the moon—he was also the first.

How Radio Zurich obtained its information is still unknown, but once NASA learned of Cernan’s subterfuge they were quick to cover up the expedition, fearing the negative publicity regarding the mission’s safety. For many decades they suppressed Cernan’s writings on the subject. Not only does the newly revealed manuscript shed light on these shocking revelations about the space program, but it answers what has become the crucial question regarding Cernan’s actions: why did he sneak onto Surveyor 3?

The answer is almost as shocking as the revelations themselves. Apparently, Cernan had been in league with Alan Shepard, America’s first man in space and commander of the Apollo 14 mission, on which he famously hit two golf balls on the surface of the moon. As it turns out, these golf balls are the key to the story. Though no one seemed to know of Shepard’s athletic intentions prior to his 1971 moon-drive, his plan had actually been in the works for many years. Knowing that he would fail to get NASA’s approval for his plans, Shepard enlisted Cernan into his schemes, convincing Cernan to travel in secret to the moon and ensure that the Surveyor dug ditches not for future landing sights, but for a sand trap and a putting green.

Though Cernan’s book won’t be on shelves until next year, Books Tell You Why is fortunate enough to have received an advanced copy, which will make for an exciting addition to our books on astronomy and space exploration.*