Especially on this blog, Love in the Time of Cholera (1985) author Gabriel García Márquez needs little introduction. William Kennedy declared that Marquez’s One Hundred Years of Solitude (1967) was, "the first piece of literature since the Book of Genesis that should be required reading for the entire human race," and the Nobel Prize committee seemed to more or less agree, bestowing the honor on a Colombian writer for the first time ever largely in recognition of One Hundred Years of Solitude in particular. Carlos Fuentes called him, "the most popular and perhaps the best writer in Spanish since Cervantes." Here are some interesting facts about him.

1. He had one of the more iconic literary feuds of the last century

With Mario Vargas Llosa, a fellow South American Nobel laureate, who once punched Marquez in the eye at a film premiere. Even today little is known about the incident, except that Marquez saw Llosa across the crowd, jovially shouted “Mario!” and in so doing incurred the wrath of the Peruvian novelist. Llosa, visibly angry, mumbled something about his wife Patricia and proceeded to sock one of the greatest living writers in the face.

2. His relationship with his mother was a bit odd

Much has been said of his relationship with grandparents, who would inform the unique blend of realist and magical realist elements that appear in his work and inspired Marquez's creation of Macondo (his go-to fictionalized locale), but less is said about his relationship with his mother. Perhaps that’s because he claims to have not even really met her until he was seven years old, and even afterwards it doesn't appear that she was the world’s most supportive parent. When Marquez won the Nobel Prize, she asserted that she was most proud, as a parent, of “having a daughter who is a nun."

3. He determined he was going to marry his wife when she was just nine years old

For those of you keeping score at home, that’s the same age at which Dante famously fell in love with Beatrice (Marquez himself was around 14 at the time). Unlike Dante’s famous unrequited love, however, Marquez would eventually marry the object of his affection, though (thankfully) not until she was 26.

4. He was inspired to write by an incorrect translation of Kafka’s The Metamorphosis (1915) 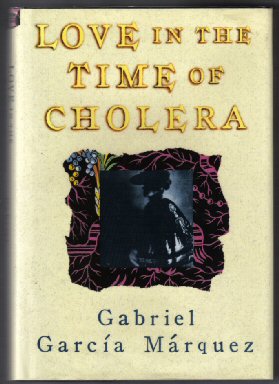 Marquez claimed Ernest Hemingway and William Faulkner as major influences during his early years as a writer, but by his account it was his introduction to Kafka’s writing that showed him the vast, anarchic possibilities of literature. Interestingly, however, while Marquez no doubt believed that he was more or less receiving Kafka’s words and ideas, he was actually reading Jorge Luis Borges’ “improved” translation of the text, which, in true Borgesian fashion, contains a number of deliberate changes from the original.

5. He once toured the American South in a Greyhound

Even with fake-Kafka under his belt, Marquez retained a deep love of Faulkner’s writing. So much so, in fact, that he once took his family on a Greyhound bus tour of the South to better understand the landscape that inspired Faulkner’s own fictional county of Yoknapatawpha.

6. He had a strong interest in politics, and was a committed socialist

Probably influenced by his grandfather (“the Colonel”), Marquez had a strongly leftist, anti-imperialist worldview, which makes itself apparent in his political writings. He vocally opposed a number of Latin American dictatorships, and was even present in Caracas for the 1958 coup d’état that ousted Venezuelan dictator Marcos Pérez Jiménez.

7. As a result, he was labeled a subversive in the United States

Marquez’s political views, especially his criticisms of what he viewed as American imperialism, earned him the ire of the United States government. He was systematically denied visas until the election of Bill Clinton, who lifted the ban, seemingly at least in part because One Hundred Years of Solitude was one of his favorite books.

8. Over the years, he maintained a friendship with Fidel Castro

Come to think of it, his friendship with Castro (which began after One Hundred Years of Solitude catapulted Marquez to global renown) probably didn’t do him any favors with the U.S. State Department. Even so, the two had a “nuanced” relationship for many years that was as much literary as it was political.

9. An obscure Mexican ventriloquist’s poem was published under Marquez’s name

Okay, this one is going to take some unpacking. In 2000, Marquez was battling cancer, and though the disease was actually poised to go into remission, Peruvian daily La Republica published a story about his failing health accompanied by what they claimed was a farewell poem written by the author himself. The story was picked up by a number of other papers, to say nothing of web sites and radio stations, and an outpouring of public grief and remembrance ensued. There were only two problems with the story: Marquez’s health was actually improving (he would survive until 2014), and his alleged farewell poem was actually a (hackish, cliché-laden) work by obscure Mexican ventriloquist Johnny Welch, who had written the poem to his puppet, Mofles.

10. He never let anyone adapt One Hundred Years of Solitude into a film