Ten Facts You Should Know about Albert Einstein

This week we honor Nobel Prize winner Albert Einstein. Celebrate his birthday by testing your knowledge against these ten facts.

1. His Family Had Grave Worries about Him as a Child 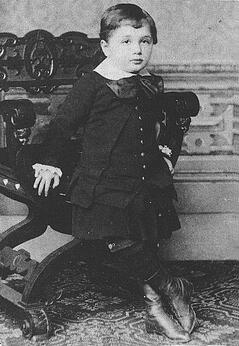 When Einstein was born on March 14, 1879, his parents were afraid that he was deformed because his head was so large and misshapen. Their physician was not concerned and within a few weeks, Einstein’s head was shaped normally. However, his grandmother said, “Much too fat, much too fat!” the first time she saw him.

Later, Einstein’s parents thought he might be mentally retarded because he did not speak until he was four years old. He broke his silence one night at dinner saying, “The soup is too hot.” When his parents asked why he had not spoken previously, the young Einstein responded, “Because up to now everything was in order.” Still, he spoke only haltingly until he was nine years old, practicing sentences in his head or under his breath until he got them right.

2. He Had an Illegitimate Daughter

Before Einstein married his first wife, Mileva, they discovered that she was pregnant. They were too poor to marry and so Mileva returned to her family and gave birth to a girl named Lieserl. Einstein and Mileva kept the child’s existence a secret and it is unknown what happened to the girl or if Einstein ever saw her. Most believe that Lieserl either died from scarlet fever or was given up for adoption while still a baby.

3. He Created Strict Rules for His First Wife

Einstein grew apart from his first wife, Mileva, after becoming a successful academic. After they tried reconciling, Einstein proposed a “contract” under which they could continue living together. His conditions were as follows:

A. You will make sure
1. that my clothes and laundry are kept in good order;
2. that I will receive my three meals regularly in my room;
3. that my bedroom and study are kept neat, and especially that my desk is left for my use only.
B. You will renounce all personal relations with me insofar as they are not completely necessary for social reasons.

He further demanded that, “you will stop talking to me if I request it.” Mileva accepted his terms, but the two ultimately divorced.

4. He Did Not Win the Nobel Prize for His Theory of Relativity 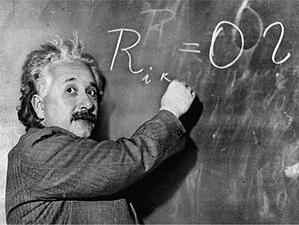 Einstein won the 1921 Nobel Prize in Physics “for his services to Theoretical Physics, and especially for his discovery of the law of the photoelectric effect.” The Nobel Committee wrote that it was awarding the prize to Einstein “without taking into account the value that will be accorded your relativity and gravitational theories after these are confirmed in the future.” While astrophysicist Arthur Eddington had proved the theory of relativity in 1919, the Nobel Committee believed Eddington’s work was too unreliable to serve as proof.

Einstein divorced his first wife, Mileva, on February 14, 1919. As part of their divorce settlement, Einstein signed away all future Nobel Prize money, in the event that he should win some. The money was placed in a trust for his sons. His wife could use the interest on the money, but had no ability to access the capital.

6. He Suggested an Alternate Big-Bang Theory

According to a recently discovered manuscript, Einstein proposed an alternate Big-Bang theory in 1931. The document was stored in the Albert Einstein Archives in Jerusalem and overlooked for decades. While it had been available for view online, the manuscript was mistakenly described as the first draft for a different paper. The document shows Einstein’s initial excitement over the Big-Bang theory, a “rough draft” according to James Peebles of Princeton University. However, as Einstein never pursued the concept, academics believe that he was merely exploring an intriguing idea.

7. He Had a Terrible Memory 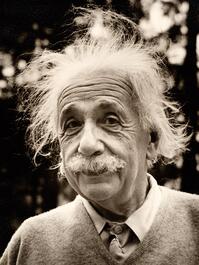 Einstein’s memory was notoriously poor. He was unable to remember dates and could not remember his own phone number. As a student, one of his teachers claimed that he had a memory like a sieve. Once when he was traveling on a train, the conductor approached to collect his ticket. Einstein began searching his pockets, but the conductor recognized him and said he could ride for free. Einstein responded, “Thank you, but if I don’t find my ticket I won’t know where to get off the train.”

8. He Was Offered (and Declined) the Presidency of Israel

Shortly after the death of Israel’s first president, Chaim Weizmann, David Ben-Gurion asked Einstein to become the second president of Israel. Einstein declined, stating that at 73 years of age he was too old for the job and that he lacked the “natural aptitude and the experience to deal properly with people.”

9. His Body Was Cremated… Except for His Brain

After performing an autopsy on Einstein’s body, pathologist Thomas Harvey kept his brain after the rest of the body was cremated. Despite violating Einstein’s wishes, Harvey convinced Einstein’s son to let him keep it for further study. Although Princeton fired Harvey, he kept Einstein’s brain more than forty years, chopping it into pieces and storing it in two mason jars. He occasionally sent pieces of the brain to specialists around the country, some of whom discovered unique attributes to the brain. In one test, the tissue appeared denser than in normal brains and the inferior parietal lobe was larger. Finally, in 1998, Harvey returned the brain to Princeton University saying, “Eventually you get tired of the responsibility of having it.”

10. His Final Words Were Lost in Translation

Einstein died in his sleep at Princeton Hospital on April 18, 1955. He suffered a ruptured aneurysm and refused surgical treatment. He explained, “I want to go when I want. It is tasteless to prolong life artificially. I have done my share, it is time to go. I will do it elegantly.” Before dying, Einstein said a few words to the nurse, but he spoke in German and the nurse did not understand.