"There is no self-pity here, not a striving for effects. She takes hold of reality as it is and renders it faithfully...She easily catches the pathos of petty destinies; the whimper of the wounded."
-Richard Wright on Gwendolyn Brooks 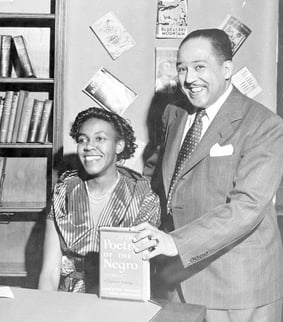 It might be said that there was something of a forgotten renaissance in Chicago’s South Side during the 1930s and ‘40s. While the Harlem Renaissance, which boasted such luminaries as Langston Hughes and Countee Cullen, maintains a reputation for being the most prodigious confluence of African American literary talent, the writers that gravitated toward Richard Wright’s South Side Writers group could give those of the Harlem Renaissance a run for their money. Frank Marshall Davis, Margaret Walker, and Theodor Ward numbered amongst its members. But the writer that, among all this talent, still lays claim to the most lasting literary influence is poetry-wunderkind Gwendolyn Brooks.

Gwendolyn Brooks was born in Topeka, Kansas in 1917 to Keziah Brooks and David Anderson Brooks (the child of a runaway slave who, according to family legend, escaped to the North to fight for the Union in the Civil War). Shortly after her birth, her family moved to Chicago. They settled on the South Side along with other participants in the Great Migration. Though she was the first member of her family to finish high school, she forewent college, operating under the belief (which, it seems, proved true) that Chicago itself would provide all the education she needed to become a great poet. She remarked, in her autobiography, “if you wanted a poem you only had to look out of a window, there was material always. Walking or running, fighting, or screaming or singing.”

By age sixteen, Brooks had compiled a portfolio of some 75 published poems. She would, however, wait until age 28 to publish her first collection. A Street in Bronzeville was put out in 1945 with the strong support of Richard Wright. Her next collection, Annie Allen (1949), netted her the 1950 Pulitzer Prize, which marked the first time the award was given to a black writer. Over the course of her 83 years, Brooks was the winner of a Guggenheim Fellowship and a National Book Award. She was named United States Poet Laureate in 1985 and served as Illinois Poet Laureate from 1968 until her death.  She published dozens of books, ranging from poetry collection to prose guides like her Young Poet’s Primer (1981). 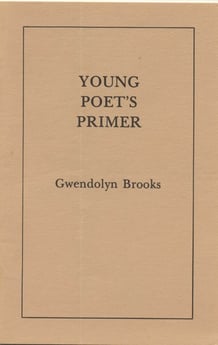 Much of Brooks’ success as a poet can be attributed to her technical mastery. Her work is steeped in the intricacies of classical forms and deeply informed by the modernist traditions embodied by T.S. Eliot and Ezra Pound. Technical skill alone, however, isn’t enough to sustain such an illustrious career. Especially later in her career, around the era of the Black Arts movement when she began to think of herself more consciously as a black poet, her success depended on a deep love of her subjects. As poet Elizabeth Alexander said in her introduction to The Essential Gwendolyn Brooks (2005), “She wrote poems about people she loved who lived in a place she loved and knew. Those necessary American songs had not been sung before Gwendolyn Brooks and now they have.” Alexander also notes that when Brooks passed away, she did so “literally pen in hand.” What more could we ask for from one of America’s greatest poets?