If you spend your entire life writing, it makes sense to make your last words count. Mark Twain recommended employing one's final breath in a deliberate, dignified message. Death is too important an occasion for improvisation or whimsy. Twain wrote, “There is hardly a case on record where a man came to his last moment unprepared and said a good thing — hardly a case where a man trusted to that last moment and did not make a solemn botch of it and go out of the world feeling absurd." After all, no author ought to die failing in the very thing he or she made a living perfecting. Below, there are numerous examples of writers' last words. Some, you'll find, are more poetic than others. 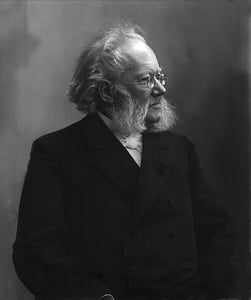 “I must go in, the fog is rising.” —Emily Dickinson
Leave it to Dickinson to stay poetic in the most overwhelming of situations.

“On the contrary!” —Henrik Ibsen
Ibsen’s comic response to his maid, who suggested the playwright’s health was improving, endures for many of his fans.

“I want nothing but death.” —Jane Austen
This was Austen’s reply to her sister when asked what her wish was.

“It is most beautiful.” —Elizabeth Barrett Browning
The Victorian poet's send-off is a cheery juxtaposition to Austen's.

“Take away these pillows, I won’t need them any longer.” —Lewis Carroll
Carroll evidently knew his time was coming to an end, and left the world with both a trivial and dramatic declaration.

“I don’t think two people could have been happier than we have been. V.” —Virginia Woolf
These are the last sentences of Woolf’s suicide note. She was addressing her husband, Leonard.

“God Bless Captain Vere!” —Herman Melville
The great American novelist spent his last moment partially living in his fiction. Captain Vere is a character in Billy Budd, which Melville worked on until his death. 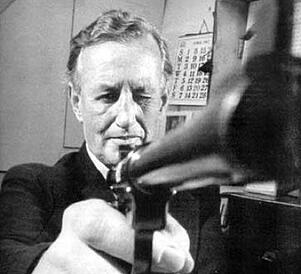 “I am sorry to trouble you chaps. I don’t know how you get along so fast with the traffic on the road these days.” —Ian Fleming
When Fleming's body finally had its fill of scotch and cigars, the James Bond author apologized to the medics in his ambulance for the inconvenience he caused

“What’s that? Does my face look strange?” —Robert Louis Stevenson
There are minor variations of Stevenson’s final words (e.g. "Do I look strange?"). Either way, the Jekyll and Hyde author’s last words were a response to the brain hemmorage that in only moments was to incapacitate and kill him.

“A certain butterfly is already on the wing.” —Vladimir Nabokov
This is a fitting final line for the lepidoptderist Vladimir Nabokov. A master of self-publicizing, Nabokov likely did not leave these final words to chance.

“Dying men can do nothing easy.” —Benjamin Franklin
The American Renaissance man said this to his daughter, who prompted him to lay differently so he could breathe less laboriously.

“Does nobody understand?” —James Joyce
These last words are fitting for a true mischief-man of literature. Writer of Finnegans Wake, Joyce was an experimenter who worked and tested the very limits of language. His final lines also express the thoughts of many English teachers who have ever taught one of his books. 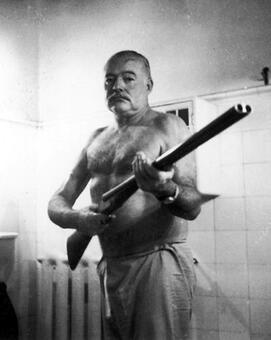 “Goodnight, my kitten.” —Ernest Hemingway
These words were said to the author’s wife, right before he was to take his life at the age of 61.

“I’m bored with it all.” —Winston Churchill
In true Churchillian fashion the former Prime Minister let death know it had his permission to take him.

“On the ground” —Charles Dickens
Dickens’ final words were said as he experienced a stroke at home. It was a reply to his sister-in-law Georgina who recommended lying down.

“Well, I’ve had a happy life” —William Hazlitt
These last words are rather sanguine for a man who wrote an essay called “On the Pleasure of Hating.”

“I don’t think they even heard me” —Yukio Mishima
Mishima addressed a crowd of soldiers in Japan, encouraging them to overthrow the government and restore the power of the emperor. He died soon after from a gruesomely-executed seppuku.

“All right then, I’ll say it: Dante makes me sick” —Lope de Vega
The Renaissance playwright was able to get this literary grievance off of his chest before leaving our world.

“Warry, shift!” —Walt Whitman
The poet's last words to a nurse are not likely to be counted among his best. 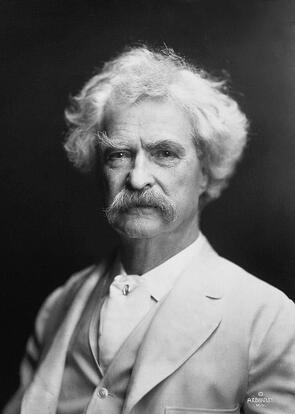 “Good bye. If we meet…” —Mark Twain
Addressed to his daughter Clara, Mark Twain’s final words were more about extending love than preserving his reputation for cleverness.

“I believe we shall adjourn this meeting to another place.” —Adam Smith
The economist said this before the invisible hand of mortality came for its prize.

“Go on, get out. Last words are for fools who haven’t said enough.” —Karl Marx
Marx said this to his housekeeper who wondered with what style the thinker was going to depart this world.

Which are your favorites? Did we miss any authors' famous last words? Let us know in the comments below!