On October 26, 1900, writer Henry James (The Portrait of a Lady) responded to a short note from Edith Wharton wishing him luck on a new play. This began a lifelong correspondence and friendship between a fledgling author and her literary idol. Later in life, Wharton reflected on her friendship with James that “the real marriage of true minds is for any two people to possess a sense of humour or irony pitched in exactly the same key.” We celebrate this meeting of artistic minds today with famous author pen pals. 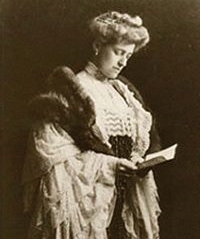 Wharton and James began their friendship by sending each other their work. Since James was twenty years her elder, Wharton often addressed her letters to Cher Maître (Dear Master). James urged her to study and write of American society – to “DO NEW YORK!” When the Whartons moved to Paris in 1906, Wharton and James (living there as an expatriate) were able to socialize on a regular basis. Their friendship grew to one of intimate confidences. Wharton told James juicy details of her extramarital affairs. For his part, James was only too eager to hear them. Both writers were honestly critical of the others’ work without damaging their bond.

Nancy Mitford and Evelyn Waugh shared a lifelong correspondence of teasing and banter. The two writers met through Waugh’s first wife (also named Evelyn) in 1928. Mitford lived with Mrs. Waugh while Mr. Waugh went to the country to write, and even though his wife left the marriage shortly after, Waugh and Mitford remained very close friends. Both writers were known to scare off others with sharp tongues and biting wit, but they seemed able to withstand each other and, indeed, to greatly enjoy the written banter. In person, however, their personalities were not so well-suited. Through the many challenges and successes of their separate lives, both Mitford and Waugh kept up a dedicated correspondence until Waugh’s death in 1966.

Elizabeth Bishop and Robert Lowell were American poets of the 20th century. They met at the dinner party of their mutual friend, poet Randall Jarrell. Bishop and Lowell were close friends on paper and in life. Lowell admitted later that he always wanted to propose marriage to Bishop but could never find the right opportunity. There is a great deal of evidence in their letters that they took poetic inspiration from each other and they dedicated several poems to the other. They even seemed aware that their letters would be read publicly one day and may have written them almost as performance. 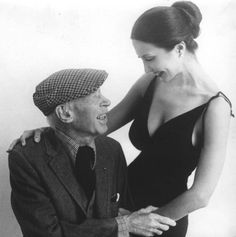 When Anais Nin and Henry Miller met, they were practically unknown as writers. Nin had the benefit of a financially successful spouse to pay her way as an artist, but Miller and his wife had to adopt a more meager lifestyle. Nin was intrigued by Henry and his wife June when they met in Europe, but it was Henry who became her correspondent and lover. Their love affair lasted several years, but the fires of passion eventually dimmed. Nin and Miller fiercely advocated for each other’s work; Nin provided funding to publish Miller’s seminal novel, Tropic of Cancer, and Miller pushed for the publication of Nin’s diary. Their letters are a testament to their passion for life, writing, and art.

The man behind Jeeves & Wooster enjoyed an incredible amount of correspondence in his lifetime. P. G. Wodehouse had written exchanges with contemporary writers including Evelyn Waugh, George Orwell, Agatha Christie, and even Sir Arthur Conan Doyle (they shared an interest in spiritualism). Wodehouse never had any lifelong literary correspondence, but his wit and humor were on point even when writing to colleagues.