A Quick Look at the National Collegiate Book Collecting Contest

At Books Tell You Why, we love hearing the stories of book collectors from all walks of life. For years now, one of our favorite celebrations of collectors has been the ABAA’s National Collegiate Book Collecting Contest (NCBCC). The contest chooses three finalists, all college students, who have composed an exemplary paper exhibiting their own collection. The collection can be composed of books of any kind, as long as they can be united under a sharp thematic focus. All three winners are invited to receive their scholarship and award at the Library of Congress in Washington, D.C., in a ceremony open to the public. The event is a celebration for bibliophiles of all ages, and is a pleasant reminder that behind every collection, there are countless stories to be told.

Winners of the NCBCC are awarded a monetary prize. The amounts are $2,500, $1,000, and $500, awarded to the first, second, and third place-winners, respectively. The contest is officially supported by the Antiquarian Bookseller’s Association of America (ABAA), The Library of Congress Center for the Book, and the Fellowship of American Bibliophilic Societies (FABS). Scholarship funding is supported by the Jay I. Kislak Foundation, in addition to a trove of kind donors from all areas of the book trade. All of these organizations understand the importance of supporting and celebrating young book collectors. Each applicant displays and admirable love and appreciation for the act of collecting books, and many bibliophiles are happy to lend support to the next generation of their kind.

Past Winners and Judging Criteria 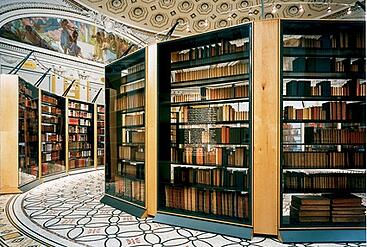 The NCBCC makes a point not to judge the quality of collections by their monetary value. For what these students lack in financial capacity, they make up for in ingenuity, intelligence, and dedication. Every winning collection is the result of a breathtaking commitment to research and an adoration of books. Out of the many dozens applications received, the ten best finalists are interviewed by the judges. Their personal libraries are judged by "intrinsic significance, innovation, and interest of book collections." The volumes' age, rarity, and physical virtues are all considered, too.

In order to enter the competition, the student has had to have placed first at a book collecting contest at their college. Three dozen of such contests are held across the country, and do well to highlight the next generation of bright book-lovers. The students’ collections are often remarkable in how focused they are. Many contain rare ephemera — such as posters, pamphlets, postcards — and much else that would have been neglected or discarded through the years. Others contain books that are minimally read or translated. For instance, 2010 1st prize winner Andrew Fink dedicated his paper to twentieth century propaganda, digging through used bookstores for pamphlets and manifestos the wide majority of book-lovers would fail to consider.

The library of every winner is substantially composed of volumes that are rare, out-of-print, obscure, or otherwise forgotten and neglected. They have searched through donation bins and book sales; they have traveled thousands of miles from home to get that precious copy, that book that they were told would be impossible to find.

2014 winners, Katya Soll and Audrey Golden, for example, both took on collections in languages that were not their native tongue. Establishing their collection involved determined trips through the shelves of Latin American bookstores and shops, for books that could be found nowhere else. Or consider Andrew Ferguson, 2012’s third place winner, whose library focused on science fiction writer R.A. Lafferty, whose works had been in dubious copyright and publishing status for years. Finding and collecting these books can make for an Ahab-like quest across continents and cultures — but for a true collector, that moment of discovery provides a feeling like no other. 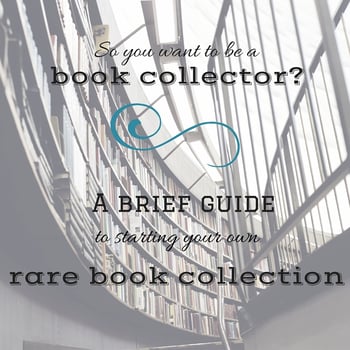 Congratulations to This Year's Winners!

In accordance with our continued support of the National Collegiate Book Collecting Contest, we would also like to congratulate this year’s winners:

1st prize winner Alexander P. Ioffreda, of Harvard, whose paper "Formalists! Musical Scores of Repressed Soviet Composers" exhibited a collection of books outside the mere realm of words and illustrations.

2nd prize winner Laura A. Hartmann-Villalta, of Northeastern University, whose "Representations of the Spanish Civil War: Testimonies, Pamphlets, Novels, and Scholarship" showed a library committed to an admirable preservation of an important moment in history.

3rd prize winner Rose Berman, of the University of Chicago, who showcased her incredible collection of works by and pertaining to the author of The Little Prince, Antoine de Saint-Exupéry.

And finally, the winner of the Essay Prize, Anne P. Steptoe, whose collection represents the greats of Southern United States literature from Faulkner to O’Connor.

If you’d like to show your support for these young and talented students and collectors, you are more than welcome to. The Awards Ceremony is open to the public, and will be held this year at the Library of Congress’ James Madison Building, in the Montpelier Room, in Washington, D.C. on October 16th at 5:30pm.

If you would like to learn more about the contest, or think you might be interested in donating to the National Collegiate Book Collecting Contest, you can visit the contest’s official page here.