To know The Little Prince is to love The Little Prince. For those of us already familiar with Antoine de Saint-Exupéry's great novella, these quotes will be a charming walk down a familiar path. For those as yet unfamiliar with this children's classic, we hope the following quotes will whet your appetite for more. Read. Enjoy. Then let us know which of your favorites we missed! 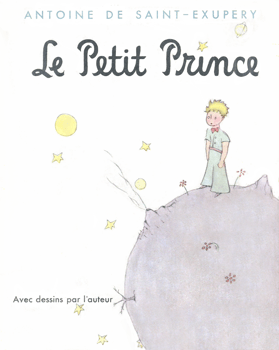 1. “Once upon a time there was a little prince who lived on a planet hardly any bigger than he was, and who needed a friend.”

2. “I have spent lots of time with grown-ups. I have seen them at close range… which hasn’t much improved my opinion of them.”

3. “I have always loved the desert. You sit down on a sand dune. You see nothing. You hear nothing. And yet something shines, something sings in that silence…”

4. “‘I need to put up with two or three caterpillars if I want to get to know the butterflies.’”

5. “‘Where are the people?’ The little prince finally resumed... ‘It’s a little lonely in the desert...’ ‘It’s also lonely with people,’ said the snake” 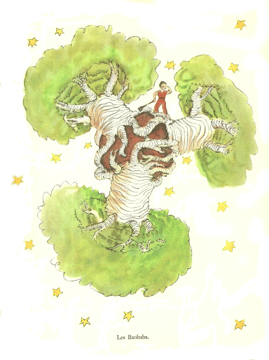 6. “‘It’s a question of discipline,’ the little prince told me later on. ‘When you’ve finished washing and dressing each morning, you must tend your planet.’”

7. “Grown-ups never understand anything by themselves, and it is exhausting for children to have to provide explanations over and over again.”

8. “‘In those days, I didn't understand anything. I should have judged her according to her actions, not her words. She perfumed my planet and lit up my life. I should never have run away!’”

9. “Language is the source of misunderstandings.”

10. “Here is my secret. It’s quite simple: One sees clearly only with the heart. Anything essential is invisible to the eyes.”

And, although not from The Little Prince, here are two other Antoine de Saint-Exupéry quotes that we just had to include:

“Tell me who admires and loves you, and I will tell you who you are.”

“If you want to build a ship, don’t drum up the men to gather wood, divide the work, and give orders. Instead, teach them to yearn for the vast and endless sea.”