Anne Rice and Her Religious Struggles

Anne Rice was born on October 4, 1941 with the unusual name, Howard Allen Frances O'Brien.  One of the most popular American writers today, her books have sold nearly 100 million copies; she is best known for her novels Interview with a Vampire (1976), The Queen of the Damned (1988), and The Wolf Gift (2012). Born in New Orleans to Roman Catholic parents, religion has always been an important force in her life. 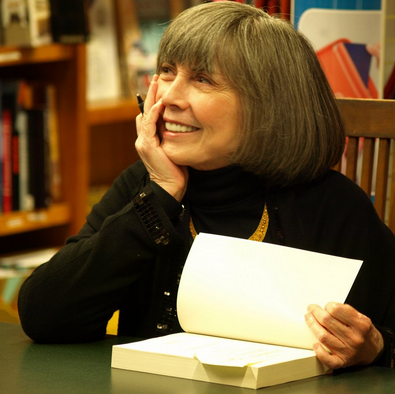 Rice had a difficult childhood. She grew up in what she termed the "Catholic ghetto" where her mother struggled with alcoholism. In 1956, her family moved into a former rectory so that they could be closer to their church as Rice's mother fought with her addiction. Rice attended St. Alphonsus, a Catholic school where her father had been educated as a boy. When she was twelve years old, Rice was confirmed in the Catholic Church and took the names "Alphonsus" and "Liguori." She chose the name "Liguori" after her aunt, who was a nun.

At age fifteen, Rice's mother died and she and her sisters were placed in St. Joseph's Academy, which she described as "something out of Jane Eyre ... a dilapidated, awful, medieval type of place. I really hated it and wanted to leave. I felt betrayed by my father." Her time at St. Joseph's precipitated her break with the Catholic Church. As a young adult, she became an atheist and continued to be so for decades.

Yet later in Rice’s writing career she began to divulge into her spiritual side, writing two novels enriched in Catholic and Jewish tradition. The first novel, Christ the Lord: Out of Egypt (2005), is told from the perspective of a seven year old boy, who, the reader discovers, is Jesus Christ. Rice was acclaimed for her novel, praised for balancing creativity and religious accuracy. The sequel, Christ the Lord: Road to Cana, fast forwards Jesus’s life past age 30. Unlike the first, Rice crosses into the blasphemous gray areas in this novel. The idea of the Son of God having a weakness for a romantic relationship did not sit well with many readers—despite the fact that overcoming this temptation would portray the character's incredible transformation from humanity into holiness. 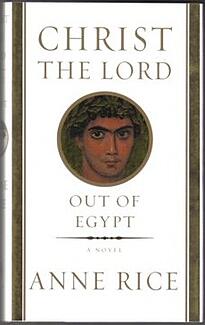 Odd as it was for Rice--well known author of Gothic vampire novels--to write religious novels, some find it even stranger that Rice no long practices in the Roman Catholic Church. After decades away from the Church, Rice again embraced Catholicism in a highly publicized conversion. As time progressed, however, Rice found it more and more difficult to accept the Church’s stance on several social disputes. Her most recent departure from the faith was made in 2010, after she made a public announcement describing her inability to identify with the Church. Her choice was not an easy one, but she felt unable to “’belong’ to this quarrelsome, hostile, disputatious, and deservedly infamous group”.

Many of her readers were concerned about how her new religious stance would affect her writing. Rice explained that she has taken her writings in a different direction. She has also clarified that although she does not identify with a secular religion, she continues to read scripture and believes in God.