Nostos, the Greek word for ‘homecoming,’ or a hero’s return, has been of particular interest to authors since time immemorial. The motif appears as the driving force of Homer’s Odyssey and stretches forth through the millennia toward James Joyce’s Ulysses (1922), making pivotal pit stops in the likes of Daniel Defoe’s Robinson Crusoe (1719) and Shakespeare’s The Tempest (1611). Nobel Prize winning playwright Harold Pinter even has a 1964 play about it, fittingly entitled The Homecoming. For all of its prominence in the canon, however, the concept of a hero’s return rarely rises above the level of mythology. James Joyce, for instance, for all of the pathos with which he conveys Leopold Bloom’s homecoming, never saw an end to his self-imposed exile from Ireland. In fact (as part 1 of this series can attest) authors of no less gravity than Dante Alighieri, DH Lawrence, and Ezra Pound worked and died in exile. 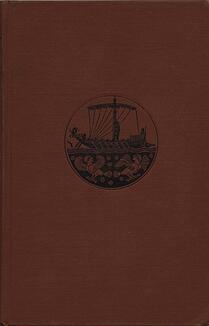 Somewhat of an outlier on this exiled authors list (as in many areas) is French thinker, philosopher, and dramatist Voltaire. From his earliest works Voltaire was the subject of controversy. So much so, in fact, that a particularly insinuative piece of verse (which, in the course of arguing vehemently against religious intolerance, subtly accused the French Regent of incest) earned him an eleven month stay in the Bastille. It was during his time in jail that he penned his retelling of Sophocles’ Oedipus, which resulted in his instant acclaim. His subsequent return to Paris might, for a lesser man, have sufficed as a nostos.

However, Voltaire’s fraught relationship with the French monarchy was just beginning. Less than a decade later, in 1726, the young thinker was sent back to the Bastille (a trip that one might read as a dour pastiche of a homecoming), whereupon, fearing indefinite imprisonment, he arranged to be exiled to England where he remained for three years.

For the next three decades, Voltaire’s claim to a Parisian address was in a nearly-constant state of flux. His enlightenment political views put him on the wrong side of issues of church and state, ranging from religious freedom to the role of the monarch, and he was therefore forced to spend time living in Lorraine, Geneva, and elsewhere. Over the course of his migrations he attracted ire and acclaim in more or less equal parts, all while publishing many of his most notable works. In 1755, Voltaire was forced to trade his rocky relationship with King Louie for the lamentable stability of exile. 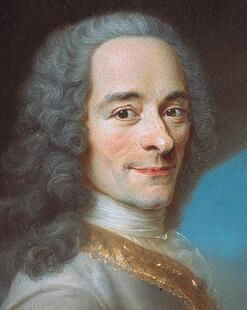 he village of Ferney, where Voltaire resided for more than twenty years, seems to have treated the man well. He was host to thinkers of no less import than James Boswell and Adam Smith, and he managed to produce what remains his most beloved work, Candide (1759). Over the course of his exile, his literary reputation began to outpace the criticism of his opponents. It was this change in regard, from radical thinker to literary genius, that set the stage for his return to Paris.

The stage, too, had a hand in it. By the time his last play, Irene, premiered in 1758, Voltaire was so beloved by the French people that he was able to return to Paris unimpeded. He was welcomed back as a literary and intellectual hero, succeeding where writers like James Joyce would, in the coming centuries, fail. His nostos, of course, was still not of mythological proportions. The travel took a toll on the octogenarian's health, and he died shortly after his return. Moreover, if his last words (“this is hardly the time to be making enemies,” given in response to a priest’s urging that he renounce Satan) are any indication, when he returned, he brought the pains of his exile back with him.