Behind the Scenes: The Making of Doctor Zhivago

It wasn’t easy for David Lean to bring Boris Pasternak’s twentieth-century epic Doctor Zhivago (1965) to the silver screen. Despite the fact that Lean had already won critical acclaim with previous films like The Bridge on the River Kwai (1957) and Lawrence of Arabia (1962), Lean’s adaptation of the sweeping Russian novel came with difficulties and triumphs. For starters, the movie cost $11 million and took three years to make — no small amount of money or length of time for a cinematic feature in 1965.

In an early issue of Life Magazine from 1966, a reviewer described Lean’s film as one in which the director “flung onto the screen both the chaos and the compassion — the devastation of history’s onrush and its splintering effects on the people caught up in it.” To be sure, the feature closely follows the narrative of the Nobel Prize-winning novel. But do you want to know some interesting secrets about the making of Doctor Zhivago? If yes, keep reading.

Casting the Role of Lara 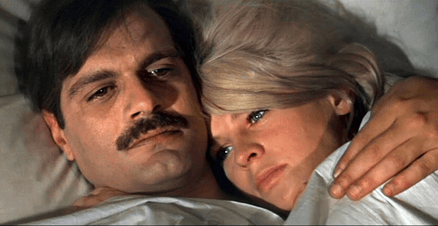 If you’ve read Boris Pasternak’s novel or seen the film adaptation of the same name, then you’re familiar with the character of Lara. Yuri Zhivago, the protagonist, first meets Lara when he is called out on an emergency (and while he’s married to Tonya Gromeko). But Lara, the daughter of a Russian seamstress, quickly becomes “the woman who will change his life, inspire his poetry, and finally cause his death,” Life Magazine told readers in the mid-1960s. And if you know anyone who has seen the movie, in all likelihood they can recognize “Lara’s Theme,” which creates the soundtrack for the 197-minute film.

Given the significance of Lara to the film’s success, many viewers assume that Julie Christie was always slated to play the role. The blonde British actress won an Academy Award for her role in Darling, also released in 1965. And, for fans of Dr. Zhivago, Julie Christie has become synonymous with the character of Lara. But she wasn’t always going to play the famous leading lady. In fact, Carlo Ponti, the producer of the film who had the rights to its cinema adaption, wanted Lean to consider his wife. At the time, Ponti’s wife, Sophia Loren, was well-known to moviegoers. But Lean didn’t want to cast her in the role. He reportedly emphasized his admiration for “Sophia’s beauty and ability,” but indicated that “she was not right for Lara.”

Vastness of the Russian Landscape 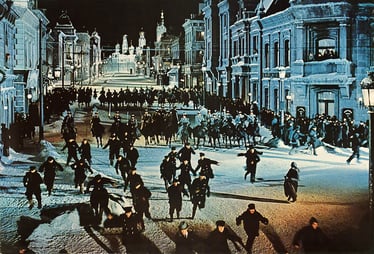 In the years it took to make the film, David Lean managed to capture some of the most stunning visual impressions of early twentieth-century Russia — what American film historian Richard Schickel has described as the “vastness of the Russian landscape...the hugeness, and therefore, the uncontrollability of the forces necessary to effect revolutionary change within such a landscape...the puniness of man when he measures himself against this scale, and finally, and most important, the nobility and the sadness of the luckless individual who would...set himself in opposition to the gigantic historical pressures generated in this almost immeasurable caldron.”

Both Pasternak and Lean have been described as conservative and austere in their styles, yet both have been praised for the images of revolutionary Russia depicted in their epic works. But did you know that Lean’s film wasn’t actually shot anywhere near the Soviet Union? Lean considered a number of locations, but ultimately decided to build a set resembling Moscow in Spain. As such, the classic tale of revolutionary fervor was filmed nearly in its entirety within the confines of Spain, a country controlled at the time by the fascist dictator Francisco Franco.

There are more secrets to discover about David Lean’s blockbuster film, but it would be a pity to reveal them all to you. We suggest you find a way to watch the movie if you haven’t yet seen it, and follow up your viewing by doing some film history digging of your own.