Sir Philip Pullman is one of the most notable fantasy writers in the world. Born in Norwich, England in 1949. His family moved to North Wales shortly after the death of his father. Not long after, he discovered comic books, leading to a lifelong love of stories. During the course of his studies at schools such as Eaton and Oxford, he discovered formative influences like Milton’s Paradise Lost and the works of William Blake. He published his first book in 1973, producing several works before he began his most well-known work, The Dark Materials series, the first of which was published in 1995. Throughout his career, Pullman has used his platform to speak out on a variety of issues, such as the consistent labeling of children’s books as been either for girls or boys rather than for all children, speaking out against Brexit, and advocating for fair compensation for writers on ebook loans through libraries. Pullman has been awarded the Carnegie Medal, the Guardian Children’s Fiction Prize, the Astrid Lindgren Memorial Award, among others. He has been nominated for the prestigious Hans Christian Anderson Award five times. He was named a Knight Bachelor in 2019. The following passages represent some of the best quotes from Pullman’s impressive and beloved body of work: 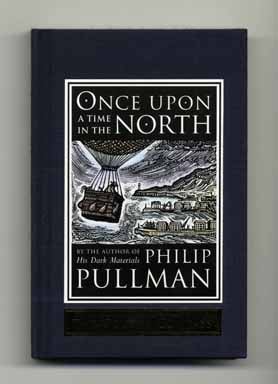 “He was twenty-four, ready for adventure, and happy to go wherever the winds took him. He'd better be, as Hester reminded him; he wasn't going to go anywhere else.” - Once Upon a Time in the North

“And I came to believe that good and evil are names for what people do, not for what they are. All we can say is that this is a good deed, because it helps someone or that's an evil one because it hurts them. People are too complicated to have simple labels.” - The Amber Spyglass

“You are so young, Lyra, too young to understand this, but I shall tell you anyway and you'll understand it later: men pass in front of our eyes like butterflies, creatures of a brief season. We love them; they are brave, proud, beautiful, clever; and they die almost at once. They die so soon that our hearts are continually racked with pain. We bear their children, who are witches if they are female, human if not; and then in the blink of an eye they are gone, felled, slain, lost. Our sons, too. When a little boy is growing, he thinks he is immortal. His mother knows he isn't. Each time becomes more painful, until finally your heart is broken. Perhaps that is when Yambe-Akka comes for you. She is older than the tundra. Perhaps, for her, witches' lives are as brief as men's are to us.” -The Golden Compass

“The inn was an old stone-built rambling comfortable sort of place. There was a terrace above the river, where peacocks (one called Norman and the other called Barry) stalked among the drinkers, helping themselves to snacks without the slightest hesitation and occasionally lifting their heads to utter ferocious and meaningless screams. There was a saloon bar where the gentry, if college scholars count as gentry, took their ale and smoked their pipes; there was a public bar where watermen and farm labourers sat by the fire or played darts, or stood at the bar gossiping, or arguing, or simply getting quietly drunk; there was a kitchen where the landlord’s wife cooked a great joint every day, with a complicated arrangement of wheels and chains turning a spit over an open fire; and there was a potboy called Malcolm Polstead.” - La Belle Sauvage

“There are some who live by every rule and cling tightly to their rectitude because they fear being swept away by a tempest of passion, and there are others who cling to the rules because they fear that there is no passion there at all, and that if they let go they would simply remain where they are, foolish and unmoved; and they could bear that least of all. Living a life of iron control lets them pretend to themselves that only by the mightiest effort of will can they hold great passions at bay.” -The Good Man Jesus and the Scoundrel Christ 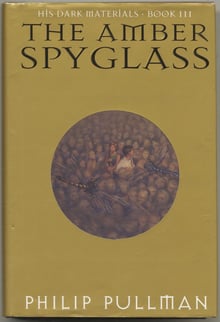 “We all show false faces to the world, and a good thing too, for a hundred reasons. We should be consistent with our friends and lovers, so as not to be unkind. But if in your heart you are not kind, it's better to be false, to act kindly even if you don't feel it, because the deed is important and not the reason for it. That kind of falsity is the triumph of our civilization.” -Galatea

“... And here it is: You don't win races by wishing, you win them by running faster than everyone else. And to do that you have to train hard and strive your utmost, and sometimes even that isn't enough, because another runner just might be more talented than you are. Here's the truth: If you want something, you can have it, but only if you want everything that goes with it, including all the hard work and the despair, and only if you're willing to risk failure. That's the problem with Karl: He was afraid of failing, so he never really tried.” - Clockwork