Have you chosen a costume? Stocked up on candy? Planned that trick-or-treating route? That's right. Halloween is here! The myths and tales of Halloween have long captured our imagination, making the holiday a perfect match for book collectors. Classic spine tingling reads are consistent book collecting favorites. 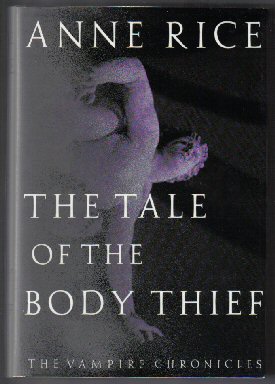 For the Halloween enthusiast, the traditional horror story may be the best fit for this spooky season. Edgar Allan Poe and Mary Shelley set the precedent for tales of the supernatural, and modern authors have followed their lead.

For the Younger Crowd


Halloween isn't only about ghosts, monsters, and murder. The holiday is also about imagination, magic, and fantastic creatures. If you love the more whimsical side of Halloween, c
onsider these favorites.

We've compiled five of the best children's books for Halloween. Read on, and be sure to tell us your favorite Halloween book in the comments below!

Five of the Best Halloween Books for Children

Happy Halloween! We hope you’re able to share some tricks and treats with those you love today. In honor of the festivities, we thought we’d compile a list of some of the top Halloween children’s books. Snuggle up with your little ones and one or more of these favorites after a successful night of trick-or-treating, and you’re sure to round out your day in the best possible way.

Room on the Broom by Julia Donaldson 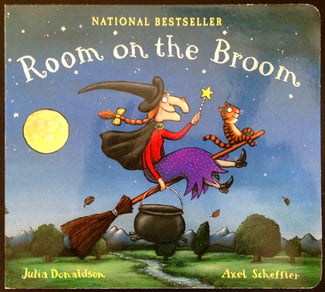 Room on the Broom is a fun, light-hearted Halloween story about a witch and her cat, happily riding on their broom. The wind blows off the witch’s hat, then her hair bow, and then she accidentally drops her wand. In each case, a helpful animal returns the witch’s possessions in exchange for a ride on her broom. The broom gets mighty full and then...! Well, I won't spoil it for you. Donaldson masters simple, yet utterly appealing metrical lyrics. The repetition is great for engaging young ones, and the lessons in the story prove subtle, yet valuable. Likewise, Axel Scheffler’s illustrations expertly convey the emotions of the characters. The witch's facial expressions are perfection. This book is truly a great ride, for children listeners and adult readers, alike.


Doreen Cronin, the author who brought us the Caldecott Honor book, Click, Clack, Moo: Cows That Type, has a masterful way of using language and humor on Farmer Brown’s farm to weave tales that keep us coming back for more. Click, Clack, Boo is a humorous and delightful story of the Halloween antics that go down on Farmer Brown’s Farm. Poor Farmer Brown can’t catch a break, especially on the holiday that he so very much despises. He tries to turn in early, but his animals have other plans. Cronin’s writing is delectable and interactive (the onomatopoeia is ridiculously fun), and illustrator Betsy Lewin’s watercolors make the spooky, barnyard animal party come to life in the best possible way.


Where the Wild Things Are by Maurice Sendak 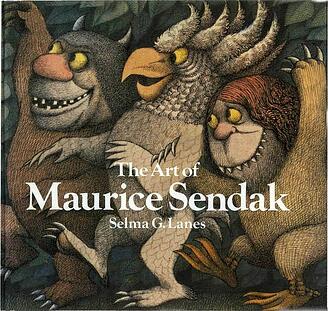 We know, we know, Where the Wild Things Are isn’t technically a Halloween book, but Maurice Sendak’s classic just seems to fit on this list. After all, Max does don his wolf costume to set off the whole sequence of events, and the magical journey Sendak takes us on throughout the rest of the story makes it a great book to cap off a crisp fall night of trick-or-treating, apple bobbing, and other notable “wild things.” Voted the number one children’s picture book numerous times, there’s a good reason Where the Wild Things Are is included on a whole myriad of our lists. Read more >>