In July 2007, JK Rowling fans around the world anxiously awaited the publication of Harry Potter and the Deathly Hallows, the seventh and final book in Rowling's beloved Harry Potter series. The official release of the English-language version was scheduled to take place on July 21, 2007. But readers in China got their hands on the novel a full ten days earlier, when the book unexpectedly popped up in book stores. Thousands bought the early editions...unaware that the copies in their hands had virtually nothing in common with the authorized edition actually written by JK Rowling. 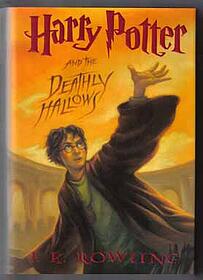 This new pirated edition was certainly not the first unauthorized Harry Potter book published in China. On the contrary, the popular series had fostered an entire cottage industry of book piracy. In some cases, people would scan and republish exact replicas of the authorized editions. In others, they would mimic the genuine article. One pirated edition, for instance, was called Harry Potter and the Half-Blooded Relative Prince. People also would write their own titles, which had little or no connection to Rowling's books. For years, one could easily find titles like Harry Potter and the Hiking Dragon or Harry Potter and the Big Funnel. Rowling's publisher waged a war against those responsible for the pirated editions, a difficult task given that even large Chinese publishers partook in the practice--then denied any knowledge of it.

A Long History of Piracy in Publishing

Though Rowling faced piracy on a grand scale, she was hardly the first author to combat the unauthorized publication of her work.  The practice of piracy emerged relatively early in the history of the book and has plagued both authors and publishers ever since.

During the fifteenth century, the introduction of the printing press brought new commercial potential to the book trade. As the technology slowly made its way through Europe, many cities ended up with a backlog of manuscripts and codices awaiting publication. Local governments began offering exclusive publication rights to entice talented publishers. Meanwhile, both Church and government often wanted control over what was published and how many copies existed. It didn't take long for a symbiosis to develop: the government would grant exclusive publication rights to a few privileged publishers, who would in turn cooperate with the government to publish desired works (or to suppress undesirable ones).

The Stationer's Company of London offers the perfect example of this phenomenon. Established in 1403, the livery company received its Royal Charter in 1557. That charter essentially meant that once a member of the organization published a work, no other member was entitled to copy it--thus giving us the term "copyright." Members would enter the works they published in to the Stationer's Company Registry to prevent other members from publishing the same work. Furthermore, only members were authorized to publish editions of the Bible, primers and other educational texts, and other high-volume works. That provision basically excluded non-members from thriving in the trade. The Stationer's Company monopoly lasted until 1710, when the Statute of Anne was adopted (partially thanks to the efforts of James Boswell, legendary biographer of Samuel Johnson).

Despite the heavily codified system of the Stationer's Company and similar ones throughout Europe, less privileged publishers often challenged official monopolies. As the market for cheap reprints flourished, plenty of money could be made by selling inexpensive and unauthorized versions of popular works. Meanwhile, it was impossible to prevent unauthorized editions outside of local jurisdictions. It should come as no surprise, then, that established publishers faced constant competition from both within and without their own geographical areas. And by the mid-seventeenth century, these publishers had already started using the term "piracy" to refer to the publication of unauthorized editions, because they wanted the government to see the practice as theft and plunder--and to prosecute the perpetrators, just as maritime pirates faced criminal charges.

In 1740, founding father Benjamin Franklin published the first novel in America: Samuel Richardson's Pamela. But Richardson would never see a dime of profit from Franklin's sales; Franklin didn't have express permission to publish the book. Because there was no international copyright law, any publisher could acquire books published overseas and produce a new version. By the nineteenth century, pirated editions were so prevalent, publishers would often include the words "Authorized Edition" on the title page. Discerning readers saw that as a sign of the book's quality and integrity.

Meanwhile authors began to speak out on the issue of international copyright law, most notably Charles Dickens. The Inimitable was quite outspoken on the issue during his first visit to the United States, a move that won him few literary friends and alienated him from the American public. During the Civil War, the Confederate government actually passed an international copyright law that won Dickens' support (despite his distaste for slavery as practiced in the South). But it wouldn't be until 1906, when Mark Twain and others testified before the Congressional Joint Committee on Patents, that the US would offer any sort of international protection for intellectual property.

Pirated Editions in Your Personal Library

Collectors of rare books should be aware of pirated editions in their areas of specialization because they're collectible in their own right and because they may also be difficult to differentiate from the genuine article. This is where a descriptive bibliography will prove invaluable: it will list the points of issue for both authorized and unauthorized editions so that collectors can tell the difference. If you collect rare books from the early modern era, you'll likely find a wealth of pirated titles in your collecting area. Pirated editions of modern firsts are much more scarce, and some have even become quite sought after among rare book collectors. A few famous pirated editions from legendary authors:

Mark Twain spent most of his career defending his intellectual property. Thus when Twain finally finished Tom Sawyer, he decided to publish it in England first to secure a British copyright. Meanwhile, Twain's American publisher, Elisha Bliss, seemed unenthusiastic about the book, perhaps because Twain insisted on issuing the book as a subscription. A slender volume, the book seemed particularly unsuited to that method of distribution. Bliss put off publication so long, that by the time the prospectus was ready, Canadian publisher Alexander Belford had already issued a pirated edition on July 29, 1876.

This wouldn't be the last time that Belford pirated Twain. In 1875, Bliss published Mark Twain's Sketches, Old and New. The book was bound in blue cloth and bore the words "Sketches Old and New" in gilt on the cover. Belford issued an almost identical edition in 1879 with much of the same material. Twain sued Belford for copyright infringement, the first time that an author had sued to claim the trademark of work published under a pseudonym. But Twain lost the lawsuit because Belford had attributed the stories to Twain. The first authorized edition contains an unusual erratum (pictured above), denying that Twain wrote "From 'Hospital Days.'"

A Christmas Carol by Charles Dickens

Charles Dickens was probably the most outspoken proponent of international copyright law in the nineteenth century. When he published The Pickwick Papers in book form, he dedicated it to Thomas Noon Talford, a dramatist who also happened to be an MP. Talford introduced a copyright bill to the House of Commons in 1836. It finally became law in 1842. Dickens hoped for similar success when he appealed to US Congress decades later, but his pleas fell on deaf ears.

By 1843, Dickens was already a beloved author--and a popular target for pirating both at home and abroad. He finished A Christmas Carol that November, just in time to publish for the holidays. He ordered the book to be published with hand colored illustrations and other lavish details, then priced the book cheaply enough that it was affordable for just about anyone. It was no surprise when the book sold almost 6,000 copies within a few days...or that Richard Egan Lee and Henry Hewitt wasted no time in issuing a pirated edition of the iconic Christmas tale. The Peter Parley's Illustrated Library edition was billed as a "condensed" and "re-originated" version of the book. Dickens sued Lee and Hewitt in early 1844, enlisting Talford as his attorney. Dickens won the suit, but the firm declared bankruptcy and Dickens was stuck paying his own court costs.

Lord of the Rings by JRR Tolkien 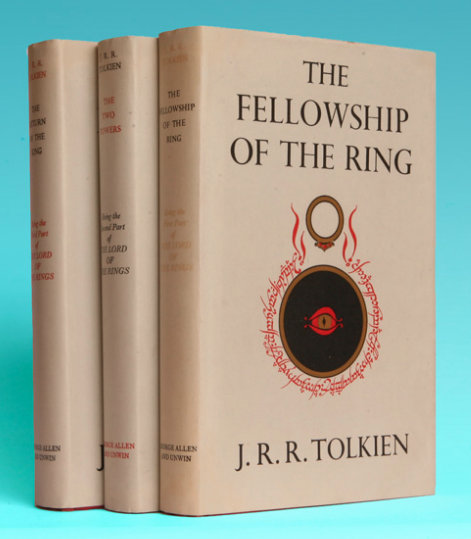 When JRR Tolkien published The Hobbit in 1937, the book met with widespread acclaim. By the 1960's, Tolkien's entire Lord of the Rings collection had become incredibly popular. An employee at Ace Books, which specialized in science fiction, noticed that Houghton Mifflin had bound some of their American editions using pages from the George Allen & Unwin British edition. This placed the book outside US copyright law, a loophole that has since been eliminated. Ace took advantage of the mistake and issued its own paperback edition of Lord of the Rings in 1965. It was the only paperback based on later printings of the first edition. Subsequent paperbacks were based on revised editions.

Tolkien publicly fought against Ace Books, a move that drew more attention to the books and garnered him even more popularity. It took less than a year for Ace Books to agree to stop printing new copies of the book, and to pay royalties to Tolkien. Meanwhile, to secure the American copyright Tolkien had to submit new material for a different edition. 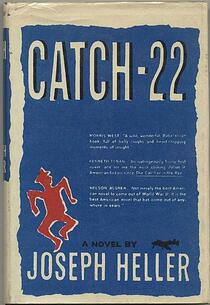 Joseph Heller's famous novel Catch-22 first appeared on October 10, 1961. Only 4,000 books were printed in the initial run. Despite positive reviews, the novel was not an immediate hit. When Catch-22 made its debut in Britain the following year, it proved an overnight success. British critics heaped praises on the book, which made American readers reconsider the book. A paperback edition brought the book to an even wider audience and secured Heller a place among celebrated authors of the era.

An unauthorized Taiwanese imprint of Catch-22 appeared shortly after the American edition. This was the first of three books pirated by the same Taiwanese publishing firm. The pirated editions look just like the genuine ones, but they are printed on thinner, cheaper paper.