“The book was better than the movie,” has always struck me as a strange phrase. It's not that I don't believe them. It's that it seems like one is comparing entirely different things when pitting a book against a movie; like saying that the trip to the museum was better than the crème brûlée. Books and movies—or book adaptations—may tell the same story, but they are so different in their nature, and they provide their own distinct joys. 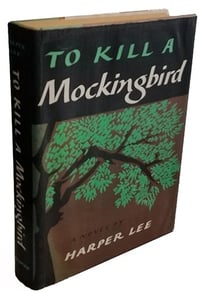 There is a sensuous, cerebral, spiritual joy in a good book that is hard for a movie to compensate for losing. But movies have their joys too (the intensity of an actor’s face, the drama and excitement of movement), and they sometimes make for superb adaptations of books. Here are eight of our favorite movies whose stories began on the page.

Margaret Mitchell’s 1936 novel was a massive best-seller. Today it has sold some 30 million copies, and according to one recent poll, remains Americans’ second favorite book behind the Bible. The classic page-turner was the source of the immortal film, whose line, “Frankly my dear, I don’t give a damn,” ranks among the most famous lines in cinema, and adjusted for inflation, it remains the highest-grossing film of all time.

The movie, like the classic novel it derives from, has faced its share of criticism for focusing on white heroism in the fight against racism, but To Kill a Mockingbird has endured, and will continue to endure, no matter our shifting politics. Gregory Peck especially is notable for bringing to life one of the greatest movie heroes of all time.

There are few examples of a movie outshining a book, but of that small pack The Godfather might be the most prominent. Written in 1969 to the immediate attention of Hollywood (studio scouts expressed interest in the novel when it was just a 60-page manuscript), Mario Puzo’s The Godfather was a smash best-seller, and in that case, it fulfilled its purpose, which was to make money. The fate of the two may be on unequal paths, with the book steadily waning in readership while the movie becomes forever remembered as a masterpiece of cinema.

The novel, which managed to satisfy readers, critics, and examine the way we treat the mentally ill, also provided the world with a stellar movie adaptation. Starring Jack Nicholson in the lead and featuring one of the greatest villains in cinema, Nurse Ratched, One Flew Over the Cuckoo’s Nest is a film triumph. Even the Library of Congress agrees.

Thomas Harris’s 1988 novel, part of his Hannibal trilogy, is a captivating thriller that the movie stuck faithfully to, to its benefit. Yet what gives the movie an enduring power is its immersion into the sordid and intimate world of its characters, from Buffalo Bill’s chilling dance, to Clarice Starling’s combined vulnerability and strength, to Hannibal Lecter’s ominous mindgames. 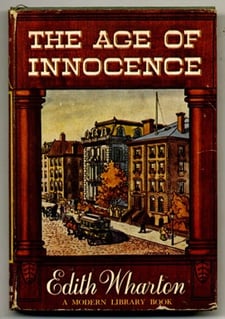 Bringing this remarkable novel to life was the unlikely director Martin Scorsese, who usually brings his attention to the power-grabbing pursuits of Machiavellian men, not the tense private dramas of a bygone New York aristocracy. Starring Michelle Pfeiffer and Daniel Day-Lewis, the movie was favored by critics, with Roger Ebert writing “the last scene of the film, which pulls everything together, is almost unbearably poignant.”

Much like The Godfather, Fight Club is an entertaining and occasionally illuminating read, but it is no masterpiece. Chuck Palahniuk will never find a place in the American canon alongside Emily Dickinson and Ralph Ellison, but no matter. Fight Club is a fun book that made the way for an iconic film adaptation—famous for its twists, dark style, and quotable lines—that has inspired many a young film lover to want to make movies.

Annie Proulx regrets writing her short story, “Brokeback Mountain,” on account of the many people who hound her about what they deem a mishandled ending. Still, the film, with a screenplay co-written by author Larry McMurtry, and direction by Ang Lee, remains a strong movie. Indeed, its under-appreciation is related to its characterization as “the gay cowboy movie” when it came out over ten years ago.