Frequently, authors are limited by their time. It is only when time continues moving and society changes that their work can be appreciated for the insight it provides. Other times, authors do not have the means to seek out publication or cannot find a publisher, leaving the world without their insight until enough time has passed and others take up their plight that they are finally published. Death can be considered the ultimate end of time. With death, goals can no longer be accomplished, words can no longer be transformed into literature. However, while death is the end for some, for other authors, it only signaled the beginning of their legacy.

Like many authors, Emily Dickinson struggled to find a publisher for her work. Her first volume of work was not published until 1890, four years after her death. Once Dickinson’s work was finally published, it was an immediate hit with the public. The body of her work, 40 hand-bound volumes consisting of approximately 1,800 poems, was discovered by her family in her Amherst home. The handwritten poems covered a variety of themes and were characterized by Dickinson’s unique use of dashes. When originally published, editors removed Dickinson’s dashes in favor of more conventional punctuation. Modern publications attempt to remain closer to the original intention by using en-dashes. Dickinson, along with Walt Whitman, is lauded as one of the founders of the American poetic voice, which, when looking at her work, is apparent to readers. 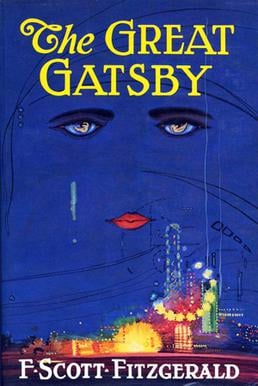 Throughout his life, F. Scott Fitzgerald was an avid writer. He wrote short stories for his high school newspaper and eventually dropped out of university to pursue his writing. Like many aspiring writers, Fitzgerald wrote anything and everything, from magazine articles to lyrics. His first attempt at publication was rejected, but the rejection inspired the intense revision all of his work would undergo for the rest of his writing career. When his novel was rejected a second time, Fitzgerald started working in advertising to have a consistent salary. The third submission of his novel, This Side of Paradise, was finally accepted and published, transforming Fitzgerald into a successful author. Leaving advertising behind, Fitzgerald focused his work on novels and short stories for magazines. His three subsequent novels, all partially autobiographical, explored the opulent lifestyle lived by the Fitzgeralds. As a result of this lifestyle and alcoholism, Fitzgerald’s reputation suffered, and, eventually, so did his work when he became unable to write. Towards the end of his life, Fitzgerald recovered and started writing again, this time in Hollywood where he wrote short stories, scripts, and a draft for a new novel, which he was able to complete before his death in 1940. It was not until much later that his work, especially The Great Gatsby, received the recognition it deserves. 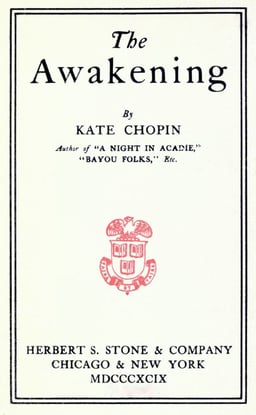 Kate Chopin is now best known for her feminist novel The Awakening, but during her lifetime, her novels did not receive commercial or critical success. Her short stories, however, were widely popular and published in well-known magazines like Vogue. For her contemporaries, Chopin was a magazine writer, not a novelist. Modern readers are quite the opposite, knowing Chopin for her novels rather than her short stories. Her first novel did not draw public attention, but when she published The Awakening, it was met with public outcry and widely condemned for its content. Clearly feminist, this novel explores the role of women and motherhood during the late 1800s. After the outcry against the novel faded, public interest in Chopin’s work faded, leaving the work forgotten. It was not until the 1950s that critics rediscovered her work, rocketing Chopin into her role as an essential American author.

Now considered one of the greatest English poets, John Keats did not receive recognition from the general public during his life. His first foray into publishing his work was accomplished with the help of Leigh Hunt, an editor of the Examiner. Hunt also introduced Keats to a group of Romantics, who supported Keats’ work. Percy Shelley was especially fond of Keats and often spoke in support of his work. Keats published his first volume of poems, Poems by John Keats, in 1817 and Endymion in 1818. Neither of his works performed well and were attacked by critics who encouraged Keats to give up writing poetry. Lamia, Isabella, The Eve of St. Agnes, and Other Poems, Keats' third volume of poetry, was published in 1820. This volume contained some of Keats’ greatest works, which are considered to be some of the best poems written in English, and was better received than his previous work. At the time of publication, Keats had already contracted tuberculosis and was steadily growing worse. Keats died in February of 1821 at the age of 25, never believing his work would someday be considered some of the best among English poets. 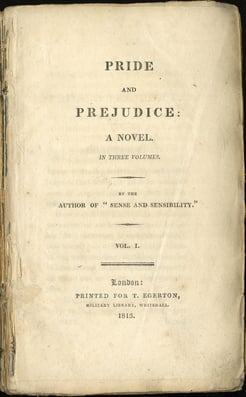 Despite having modest success during her life, Jane Austen did not live to see the worldwide fame she now possesses. It was not until after her death that readers learned her name since she had published anonymously. Austen’s work is characterized by her unique narrative voice, entertaining readers with her wit and sarcasm. She explores women’s place in society and the options afforded to them. As a child, Austen wrote comedic stories. Her first mature work, Lady Susan, was completed around 1794, but was not published until after her death. Austen continued writing, eventually selling what would become Northanger Abbey for £10, but it remained unpublished until it could be bought back a year before her death. Eventually, Sense and Sensibility was published, followed by Pride and Prejudice, Mansfield Park, and Emma. After her first novel, which indicated the author as a lady, Austen’s work referenced her previous works, allowing readers to connect the author by her work rather than her name. It was not until Persuasion and Northanger Abbey were published after her death that she was named as the author. During her life, Austen did not receive the fame she deserved for her work; but for generations after her death, her legacy lives on in her original work and through the multitude of retellings, showing how Austen still grips audiences today.