Janet Evanovich was born in South River, New Jersey in 1943. Evanovich has become a household name thanks to her much beloved adventure series featuring bounty hunter Stephanie Plum. A prolific writer, she has published over sixty novels, many of which have topped the New York Times Best Sellers list. Her novels are published all over the world and have been translated into more than 40 languages. In celebration of this writer's amazing career, here are five things you might not know about one of America's most loved adventure novelists. 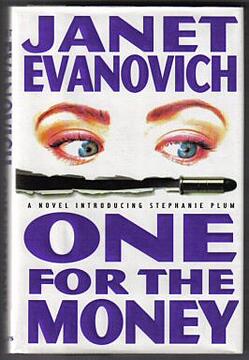 For years, Evanovich struggled to become a writer. Her goal was to write the Great American Novel, and she labored away at books she hoped would be just that for nearly ten years. But in the end, none of those novels worked out. She eventually shelved that dream and focused instead on writing other genres besides literary. Her disappointment in these early failures was so strong that she literally piled her rejections and manuscripts into a suitcase and burned them.

While she saw this as a setback at the time, Evanovich has since said that the reason these books didn't work for publishers and didn't really work for her was because she was not embracing the humor her readers love about her work. Evanovich, like her character Stephanie Plum, is an optimist. She found success when she turned instead toward work that embraced this optimism and fed into her belief that more can be learned from good experiences than bad ones, and that good people simply like to read about good things happening to other good people.

While today Evanovich is known for her romantic adventure novels, her first published works were squarely rooted in the romance genre. Her first novel, Hero at Large, was published in 1982 by the now defunct publishing house Second Chance Love, under the name Steffie Hall. She continued to publish under that pseudonym and her own name for years. She eventually made the switch to adventure novels, joking that after a while she simply ran out of sexual positions to describe. Though her romance novels were not as well received as her adventure stories, a number of them have been re-released due to interest from fans. 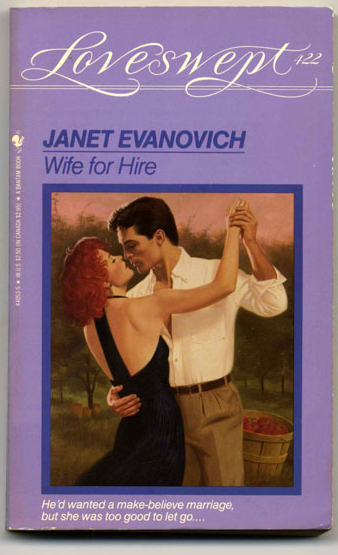 Evanovich has been publishing successfully for years ,with numerous books reaching the top of The New York Times Best Sellers list. While she continues to write about a large variety of characters that make up numerous series of books, her most loved character, and the character on whom the majority of her books are based, is Stephanie Plum. The irreverent and optimistic bounty hunter stars in her most popular series, as well as a secondary series comprised of holiday novellas with supernatural themes. The Stephanie Plum novels have even been collected in omnibus editions.

The first book in the series, One for the Money, was adapted in 2012 and stars Katherine Heigel in the role of Stephanie Plum. The Stephanie Plum series recently reached a major milestone: in 2018, Evanovich published Look Alive, Twenty-Five, which is the 25th book in the series. The Plum series is so well-loved that seventeen of these 25 books have debuted in the number-one spot on The New York Times Best Sellers list.

Before Evanovich published her first novel and became a household name for her beloved Stephanie Plum series, Evanovich dedicated herself to other artistic pursuits. She  earned a degree in art from Rutgers University. However she was not completely satisfied by paining, stating that this type of artistic expression didn't allow her to reach the amount of people she wanted. Exercising her trademark humor, Evanovich also claimed that the pigments in the paint gave her a rash. Besides studying painting, Evanovich took improv classes, though this did not lead to any jobs. Eventually she ended up at a temp agency, where she was working when her first novel was accepted for publication.

5. Stephanie Plum is Based on Evanovich

One of the reasons for Evanovich's continued success is the relatability of her most popular character, bounty hunter Stephanie Plum. While Evanovich says that Plum is not a carbon copy of her own personality, the root of the character definitely lives in her. Like Evanovich, Plum is irreverent and does not take herself too seriously. Most importantly, she is a good person and an optimist, two traits Evanovich prizes and says she strives for in her own life. Not to mention that both the character and the author share an obsession for cheese puffs.