Five Things To Know About the Horatio Alger Myth

If you’re confused after reading the title of this article, odds are you’re not alone. Even the most savvy, in-tune reader might not be able to explain the Horatio Alger Myth or its significance in late 19th Century American literature. And that’s strange given how prevalent the Horatio Alger Myth is and how it managed to permeate modern American storytelling in ways that today ring as cliché, tired, and uninspired. 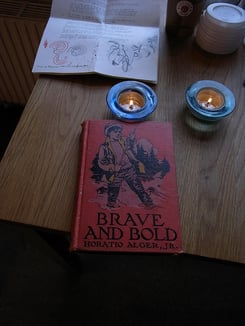 Perhaps you know it as the “rags to riches” story, a tale of a down-on-their-luck young person who, through hard work and moral and ethical fortitude, manages to ascend from their humble beginnings and rise to the ranks of the privileged and pampered.

In its portrayal of perseverance, hope, optimism, possibility, and success, the Horatio Alger Myth is perhaps a uniquely American invention, mirroring closely the tenents of the American Dream and its promise of reward for dedication and tenacity. While this trope is certainly played in today’s literary world, it’s worth examining a few of its core principles to better understand its influence on the literature of the day and the ripple effects it had on the literary movements that followed.

Plus, at the very least, it’ll give you a few interesting talking points around the office water cooler or at your next dinner party. Here are five things you may not have known about the Horatio Alger Myth.

1. Horatio Alger was a real person.

Born in 1832, Horatio Alger, Jr. grew up in a middle class Massachusetts family, attended Harvard, and worked briefly as a pastor before putting his pen to paper professionally in the early 1860s. Alger was a highly prolific writer authoring 120 major works before his death in 1899, cementing his place among the pantheon of popular novelists at the time. Obviously, Alger’s most revisited theme of ‘nothing to something’ was the basis for the term the Horatio Alger Myth, and even though critics were divided at the time of his death as to his importance in the literary canon, the mere fact we’re discussing Alger more than 100 years later is proof of his lasting impact.

2. The "rags to riches" trope got its start with the novel, Ragged Dick.

Published in 1868, Alger’s novel Ragged Dick was his first major work and the one that started the “rags to riches” craze. The novel was originally serialized in several parts beginning in 1867 in a magazine called Student and Schoolmate and follows the story of Ragged Dick, a 14 year-old boy working as a shoe shine—also known as a blackboot in those days—trying to scrimp by on the streets of New York City. Dick befriends an elder customer who gives him five dollars for an act of kindness on Dick’s part, which the protagonist then parlays into a small fortune through frugality, courage, and wisdom.

3. When broken down, the myth follows a common form.

As evidenced by Alger’s debut novel—and reestablished time and time again by his subsequent works including the novel, The Brave and the Bold (1872)—the Horatio Alger Myth has a number of defined principles or characteristics. The protagonists are usually young, white males living in large urban areas—New York City, Boston, and Philadelphia are some of the most common settings—and they are usually self-employed in menial, low-paying jobs of little respect and import.

A stroke of good fortunate usually befalls the main character via some interaction meant to highlight the protagonist’s strength of character and resolve, which then propels the protagonist on an upward trajectory out of his shambolic life to one of prestige and importance, all the while maintaining perspective and reverence for his roots as a member of the lower-class.

4. Alger's success may have been a product of the Gilded Age. 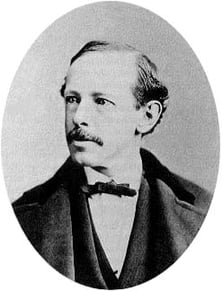 Alger’s work was the recipient of universal critical and commercial success from the 1860s through the 1880s and '90s, though today many scholars and academics believe this success was a product of a time in American history known as the Gilded Age. The country experienced massive industrial and economic growth from the end of the Civil War through the last years of the 19th Century. American optimism was on the rise, and young, hungry entrepreneurs were making huge fortunes in manufacturing, transportation, and labor. Critics argue it makes sense then that Alger’s work struck a chord with a nation that believed in the value of hard work and the possibility to transcend socio-economic and class status in an age when “Average Joe” could set up shop in town and turn a small business into an empire of commerce.

5. The myth that once was so popular eventually led to Alger's fall from popularity.

Alger’s work began to slowly slip from favor a few years prior to his death due in part to a shift in the tastes of the American reader, but also to a turnabout in the way Americans viewed the possibility for opportunity and success. Alger’s novels had always been geared toward younger readers who were once receptive to his success stories, but by the end of the century, young readers were lusting after stories of adventure, danger, travel, and heroism, rendering Alger’s work tame and lackluster. On top of that, national labor disputes, growing wealth disparity, and doubts about the ability of the everyday person to achieve the American Dream left Alger’s stories feeling stale and unrepresentative of the American readership.

By the late 1930s and 1940s, it’s estimated only a handful of Alger’s 120 works were still in print, with some minor works lost forever without the ability to reproduce them.