By all accounts, Flannery O’Connor didn’t have much of an activist voice in the American Civil Rights Movement despite her role as a prominent Southern novelist and short-story writer. How, then, might we read her works in a 21st-century context? Should we believe the gossip—that she didn’t have much good to say about broadening the country’s conception of equality—even though she appeared to be in favor of integration in her fiction? Many scholars have debated O’Connor’s position with regard to the racial justice, but how should we ultimately remember the author who died just a month after the Civil Rights Act of 1964 went into effect?

Early Life in the American South

Flannery O'Connor grew up in an Irish Catholic family in central Georgia. Stemming largely from her religious upbringing, she became known as a Christian author whose voice permeated 20th-century Southern fiction. Diagnosed with lupus when she was only twenty-six years old, she died shortly before her fortieth birthday. In her short life, O’Connor wrote more than thirty short stories and two novels, along with a series of review essays.

As a child, O’Connor attended Catholic mass nearly every Sunday. After mass ended, she’d return to the plantation house where she lived with her mother, and she’d spend the rest of the day writing imaginative literature. It shouldn’t come as a surprise that she began writing at such a young age, given her enormous literary productivity during her mere thirty-nine years. O’Connor later studied at the Writer’s Workshop at the University of Iowa, but she returned home to central Georgia soon after receiving her fatal lupus diagnosis.

While O’Connor was somewhat removed from social circles due to her own reclusiveness, we must not forget that she grew up immersed in the culture of the American South during Jim Crow, and she witnessed the violence that institutionalized racism produces.

What is O’Connor’s relationship to the Civil Rights Movement? Numerous scholars have identified a marked disinterest—perhaps even an antipathy—toward issues of race and rights in America. For example, a recent biography of the author, Flannery: A Life of Flannery O’Connor, cites her penchant for racist jokes. To be sure, in a letter dated May 21, 1964, O’Connor wrote: “About the Negroes, the kind I don’t like is the philosophizing prophesying pontificating kind, the James Baldwin kind. Very ignorant but never silent.” About Martin Luther King Jr., however, she wrote, “I don’t think [he] is the age’s great saint but he’s at least doing what he can do & has to do.”

Some scholars, such as Robert Brinkmeyer, argue that O’Connor “shared a basic perspective on modernity and religious faith” with Martin Luther King, Jr., yet O’Connor shied away from social activism while King dedicated his life to social reform. Other scholars like Margaret Earley Whitt suggest that, had O’Connor lived into a fuller adulthood, she “might have seen anew what her segregated world obscured.” With more access to news articles and Civil Rights-era fiction, O’Connor might have taken a clearer stance on racial justice in America. 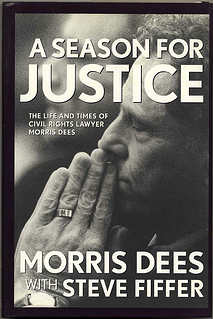 Where does this information leave us? One of the only works in which O’Connor seems to take a stand on integration is “Everything that Rises Must Converge.” In the story, a white woman, shaped almost entirely by the institutionalized racism of the American South, refuses to ride the city buses alone because they’ve been integrated. She asks her son, Julian, to ride with her to the local Y. While the story doesn’t take a clear position with regard to race and rights, we do catch a glimpse of a socially minded O’Connor. Through Julian, who opposes his mother’s “old South” ways, we learn that the institutionalized racism that has shaped the region may in fact be coming to an end.

While we can’t know for certain what direction O’Connor’s works might have taken had she lived into the post-Civil Rights era, we can remember her as a writer who provokes us to think more deeply about the relationship between fiction writing and politics.

Should O’Connor have been more vocal about racial equality? Or should we accept that her role in literary history remains limited to the “Southern Gothic” tradition in which she famously wrote? You might just have to read her works and ultimately decide for yourself. You could begin with her first novel, Wise Blood (1952), before moving onto later short-collections like A Good Man Is Hard to Find (1955) or Everything That Rises Must Converge (1965). In the end, O’Connor remains an important American literary figure perhaps in spite of her politics.